Law is the consummate cop. He is perfect for both civilian and military police work. He quickly became one of my favorites right after he was released and still remains high on my list today. Of course, you really can't consider him a forgotten figure as Law remains rather popular to this day. He is just so cool and usable, though, that I have to dedicate a page to him. Supposedly, Law's head was sculpted after a Hasbro employee. He looks just like my sixth grade teacher, Stanley Morgan. I don't know why I mention this, but I think that since he was molded after a real person, Law's head just seems far more realistic. Law's accessories are great. The night stick was very nice. If you're into dogs, Order was pretty cool, too. I am not much one for the dog. I use the leash as a rope that the security troops keep prisoners lashed to. It is far more fun. His pistol left something to be desired, but it still worked for this figure. It is odd that while some people rant and rave about neon figures, they never mention Law. He is cast in orange and aqua blue. For him, though, this works. The uniform is pretty cool. He has the ever popular chest holster, a badge, and a sculpted ring on his belt for the nightstick. The handcuffs sculpted on the back of his belt are just icing on the cake.

As Law works so well, he is one of the few Joes that make excellent army builders. They are perfect MP's, or civilian police. I often have several of them in pursuit of the Dreadnoks. It provides a great break from the normal story line considerations. Law just looks tough. Because of this, he remains a believable law enforcement figure. While Mutt was the military Dog Handler, Law is the cop. I think Mutt was an awesome figure, but Law is just a figure that I can't get enough of. Some people have dozens of Cobra Troopers, Vipers or Crimson Guards. I have nearly a dozen Law's. He has so many uses that I pick one up every chance I get.

Law actually had three incarnations. This one is far and away the best. He also had a 1991 Super Sonic Fighters repaint version that wasn't too bad. The colors were slightly more militaristic, but still worked well. The 1993 version with an all new mold was awful. He looks most like a diver, but even that's a stretch. Like most of the planned 1993 D.E.F. figures, this mold was very poor and lacked any sort vision that would have at least grounded the figure in reality. This version has uses, but not as a MP or anything pertaining to that occupation. The 1987 version was just too good. Like Shipwreck and the Viper, the first incarnation of this figure was so good that no future version could live up to it. This is good, though, as the sonic fighter Law is also very easy and cheap to get these days. At least the original version was made in Joe's heyday. The production runs were up and everyone was opening their figures. This has been a Godsend for modern collectors as they can accumulate to their heart's content without really affecting the supply.

Law is a very popular figure. As such, he is starting to command a slightly higher price than many of his contemporaries. 1987 wasn't the greatest year in Joe history. It had its moments, but there were quite a few stinkers. As such, the good figures from that year are starting to become a bit pricey. (They also make excellent trade bait, especially if you're after newer figures.) Law's are rather easy to find in very good condition. If you don't want Order with him, Law starts to get very cheap very quick. He is a staple in large lots of figures, and can almost always be found for sale mint and complete by himself. It is rather easy to build an army of these guys. While slightly more expensive than other figures from this time, Law is still pretty cheap. He doesn't command anywhere near the prices of the Cobras of his era and remains a good figure for the beginning collector to add to their budding collection. 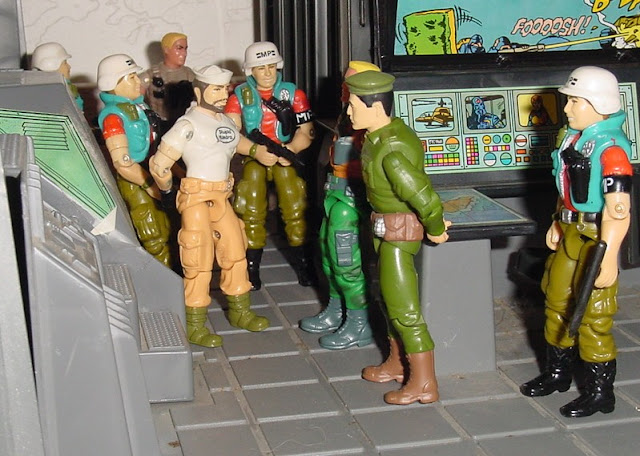 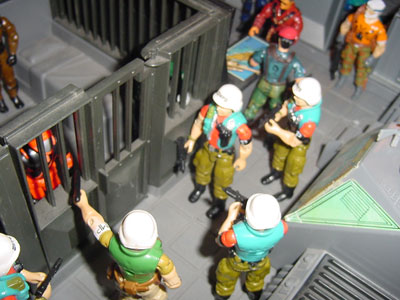 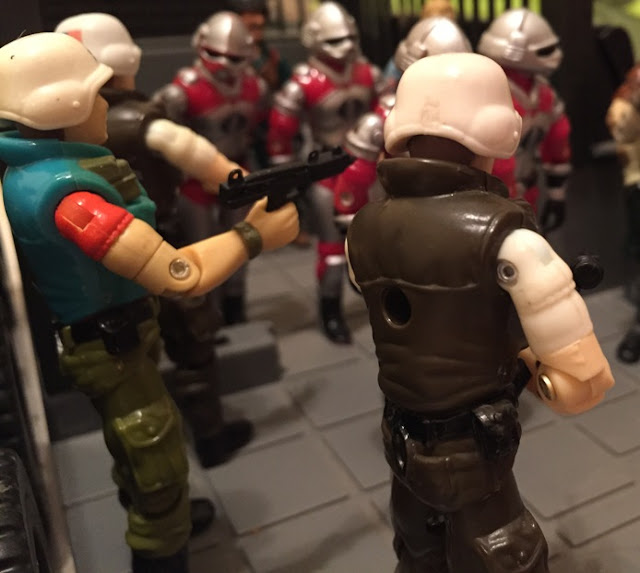 Posted by Robot_Sonic at 1:12 PM
Email ThisBlogThis!Share to TwitterShare to FacebookShare to Pinterest
Labels: 1987, Law