Granted, I have already thoroughly explored the Cobra Commander character when I profiled the 1993 version. However, while I fully explored the character of the commander there, this version is just too cool a figure to not showcase at least once. I've made my opinions about Star Brigade figures very prominent throughout my profiles on the site. I've profiled a number of the figures from both the 1993 and 1994 Star Brigade lines. This version of Cobra Commander continues the tradition of very cool figures that were offered in both years. Whether you feel this figure should be Cobra Commander or not is hardly relevant to the sheer coolness of this guy. This is a figure that has found many uses in my collection. I have had him for about two weeks and he has yet to be put away. He just looks cool and must be displayed.

Just taken as a pure figure, this guy is amazing. The level of detail in every aspect makes a figure that is just about perfect. Unfortunately, most collectors can not distinguish a figure from the character he was meant to represent. As such, many people dismiss this figure. From the reptilian scaling on the outfit, to the sculpted Cobra logo, to the snake head on his belt buckle, this figure is truly representative of what Hasbro was still capable of creating and would have continued to offer us had the line continued. His head, with the bare hair and the retro mask is one of the best heads for creating custom Cobra troopers. The mask has sculpted ridges and visible ties on the back. Whoever designed this figure created a masterpiece. His basic, simple uniform with the meticulous details makes for a figure that should be a requirement in every loose Joe collection.

With his helmet on, this guy has uses. I don't like using him as Cobra Commander. Instead, I use him as a deep sea diver, faceless space trooper, or elite pilot. The helmet, though, is unusually large. When on and viewed from the profile position, the figure looks like it was inspired by Alien. Still, the helmet is very cool, though it precludes the figure's use in most vehicles. I've given him an air tank pack and also used him a deep sea diver. He also works in that capacity. I also like to use him as a Cobra sub commander who is in charge of technology. He works well as the combative side of Dr. Mindbender. (I use Mindbender as more of a research scientist than an actual field commander. If they would ever make Dr. Venom, then Mindbender's role might change.) With his helmet off, he can be used as a faceless trooper or the sub commander about which I was talking. The face is very well done and makes for perfect custom fodder. Alas, loose specimens are still too hard to find for his head to be a staple in fan custom work.

This figure is another forgotten gem from the end of the line. Most collectors disdain the Star Brigade figures and don't give the line a chance. Sure, the concept is a stretch, but the toys are very cool. I've finally decided that my big purchase this year will be a Defiant complex. (And one just sold on Ebay for under $100!! Why didn't I bid more?!?) Having a large lot of astronauts will make this one of the most used toys in my collection. With Cobra Commander to lead a squadron of Blackstars and Astro Vipers, my Joes will have a worthy opponent. I only need a CORPS! shuttle (Or maybe a Shuttle Tydrium from the vintage Star Wars line.) to paint blue so the Cobras have a ride as well. The possibilities are so endless for something like this that I can't see why more collectors don't like the Star Brigade. It just shows the range of the Joe toy line and the myopia that can affect the collecting community.

Like most of the 1994 Star Brigade figures, Cobra Commander can be a bear of which to find loose, mint, complete samples. He is very easy, though, to find carded. He is probably the most expensive 1994 Star Brigade figure, but still only runs about $10.00 for a MOC specimen. The best way to acquire this figure is just buy a carded version and open him. Loose samples are finally starting to appear on the second hand market, but they are still infrequent enough to frustrate even the most patient collector. It took me nearly a year after the acquisition of my first carded sample to finally add a loose version to my collection. Like all of the 1994 Star Brigade figures, building an army of these guys is a daunting task. Fortunately, the 1994 are slowly starting to appear more frequently on the second hand market. With a little effort you should be able to add this guy to your collection. After you have him, you will think him well worth the search.

You should know the standard line here, but I'll repeat it anyways: if you have any loose, complete 1994 Star Brigade figures available for sale or trade, email me. 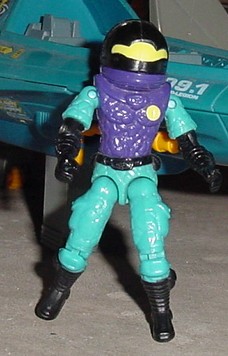 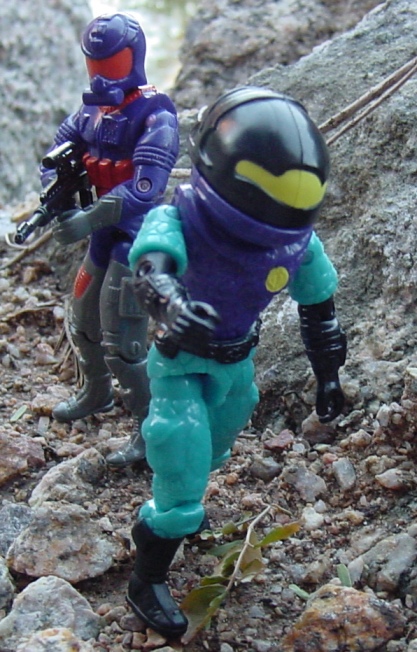 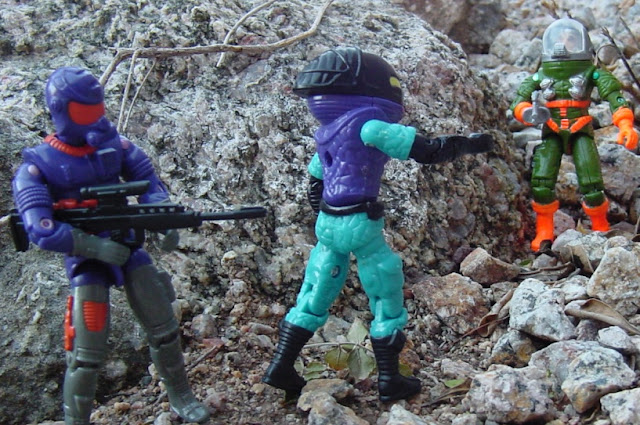 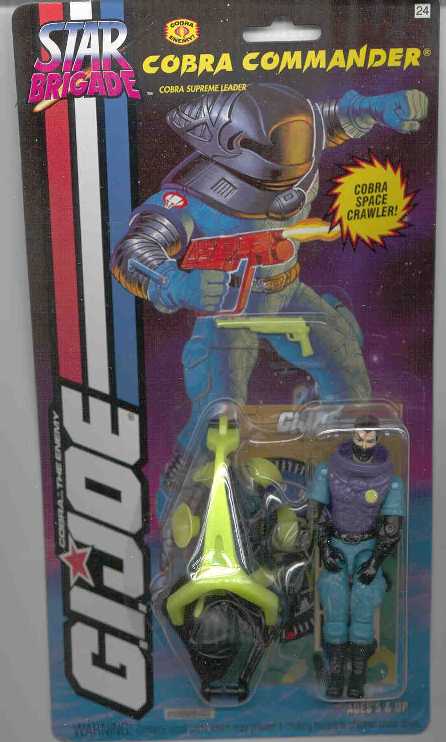 Posted by Robot_Sonic at 9:30 AM
Email ThisBlogThis!Share to TwitterShare to FacebookShare to Pinterest
Labels: 1994, Cobra Commander, Star Brigade