I've avoided most of the Night Force figures for a variety of reasons. The primary reason, though, is that I only own three of them, and of those three, only my Repeater is in any kind of shape to be profiled. While I would like to have the entire set of Night Force figures, in fact, it was one of my goals this year to add 3 new ones, I just can't seem to have any luck when it comes to acquiring them. As the end of the year approaches, I'm facing the reality that many of my goals will go unfulfilled. However, 2000 has been a smashing success and, as of now, is my best Joe year ever. I more than doubled the size of my collection. Joes returned to retail shelves. And, I completed enough of my goals so that I no longer have any "Holy Grail" figure without which I can't live.

Repeater was always a cool figure. By the time he came out, though, I was, for the most part, out of Joe collecting. Sure, I picked up a couple of the '88 figures like Hit and Run, as well as Hardball and the Tiger Force Roadblock, but I had mostly let the Joe portion of my life pass me by. My youngest brother, though, was still buying up many Joes. One of the figures he had was the original Repeater. Being younger, though, he quickly broke many of the this figure's accessories. While this shouldn't have mattered to me, I still couldn't help myself and would, from time to time, break out some of my Joes. When I did this, I always grabbed a few of my brother's newer figures since they were ones I didn't have. Repeater was very cool and I wanted to use him. Since his weapons were gone, though, I had to improvise and gave this guy the '82 Rock and Roll's M-60 instead. It was a perfect fit.

Since Repeater was a figure I only got to use sparingly, when I returned to Joe collecting, I wanted to pick up a mint, complete specimen. Once I did so, though, I found him lacking. His bland color scheme just didn't look right compared to the other figures I had taken to using. Just about a year ago, though, I picked up the Night Force Repeater in a large lot. Once I had him, the problems I had with the original version's color scheme was solved. Now, the Night Force Repeater is Repeater in my collection. The original is tucked away and rarely sees the light of day while the Night Force version currently stands on my CORPS! assault vehicle along with many of most used Joes like Low Light, Falcon, Crankcase, Stalker, and Big Ben. He fits in very nicely with this montage and has managed to keep himself among my most used Joes for just about a year. Very few figures are able to claim a distinction like that.

Many collectors disdain the Night Force concept. After all, the entire subset was just full of repaints. However, in many of these cases, I consider the repainted Night Force figure to be superior to the original. Repeater is a prime example. While the original is very nice, this version adds a bit more color that makes the overall presentation that much nicer. On many of the figures, most notable Outback, Crazylegs, Sneek Peek, and Spearhead, the Night Force showed what a good mold that had originally been given a bad color scheme could be turned into. Others, like Falcon and Tunnel Rat, really didn't improve upon their original incarnations. This is what makes the Night Force subset problematic. It is full of great repaints, but also figures who didn't really need any attempts at improvement. For this reason, there is a small camp of collectors who don't like this subset. Personally, I thought that many of the figures are done well. I would take a Night Force Crazylegs over the original any day. The subset, though, was overdone. Had it been left to six or eight figures and none of the neon and black vehicle repaints, I think it would have been much better. While Hasbro is currently repainting existing molds and releasing them as new figures, I think they would do well to go back to the Night Force subset and look at what worked. I don't think we need a dozen figures dressed in all black, but one or two who were properly done and neither one of whom is Snake Eyes would be a welcome addition to the 2001 Joe line.

All of the Night Force figures are tough to find. They don't appear all that often, and even more seldom appear complete. They are also highly sought after by many collectors. All this adds up to an expensive bunch of figures. These guys are the most expensive subset in the entire line. While I'll let you decide if they are worth the money or not, I've found that shelling out in excess of $40 for a mint, complete Night Force figure is just too much. Quite simply, they aren't that rare. However, the Night Force Repeater and Shockwave were available as a mail in near the line's demise. As such, these two figures aren't nearly as difficult to locate as the other members of the subset. Of course, these two figures didn't come with the regular Night Force accessories. Fortunately, both of their primary guns are easily available in black with other figures. In fact, the figure you see here is from the mail in and is outfitted with a spare Repeater's gun. Once I can find a pack, then I'm set. However, I don't see myself adding any new Night Force figures anytime soon. They are just too expensive for me to justify.

I need this guy's pack. If you can help, email me. 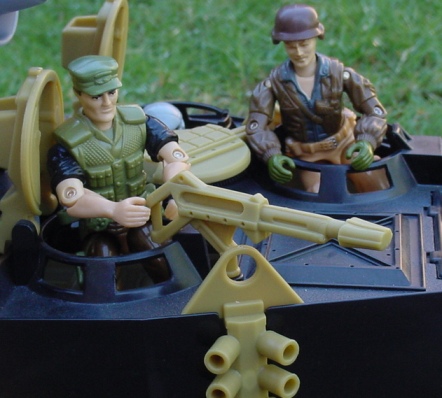 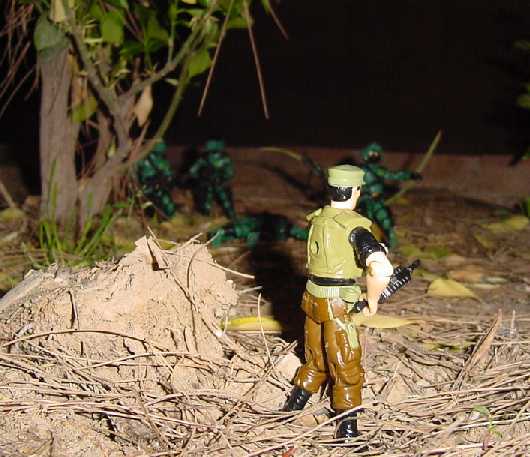 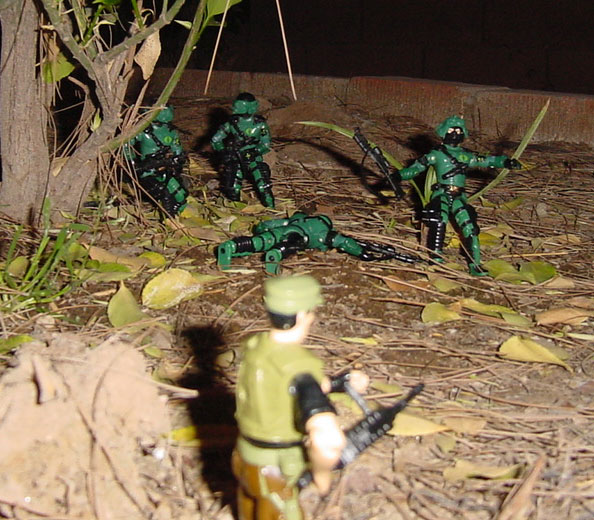