As all time great figures go, Croc Master is certainly not one of them. What Croc Master is, though, is what Big Boa, Crystal Ball, Raptor and Dr. Mindbender aspire to be: a wonderful idea for a villain that actually translates well to an action figure. He is really the first Cobra since Destro that Hasbro took a chance on and had it actually work. Of course, work is a relative term. The four aforementioned figures were all so horrid that even an idea like Croc Master would seem not just plausible, but downright likable compared to them. Taken against the entire line, though, Croc Master is another figure like Interrogator and Night Vulture, he has his points, but lacks the total package that makes a hyper-popular figure.

Why would I choose to profile this figure? He doesn't really fit the mold of most of my other profiles. However, this figure is very, very cool. You need only look at him to realize that this guy has some serious potential. Add to that, he came with awesome accessories and you're starting to realize why I actually like this figure and have made up uses for him outside of his Crocodile training specialty. He is just too menacing to be relegated to a minor role like reptile security. Just looking at his frightening head is enough to give this guy some use. His overall color scheme is also very subtle and fits with a swamp, or aquatic type figure. Of course, Croc Master's accessories rock. The whip is just fabulous with its intricate detail. His face hose, a rather difficult little hose to come by, also helps make this guy look like he might be a bit more sophisticated than you first imagine. The spiked collar, which I use as leashes on prisoner figures, is a much more fun accessory than it first appears. There is, then, the obligatory alligator. While this incarnation is pretty lame, he had to come with one. If you look around, though, there are some toy companies that make realistic plastic alligators that appear to be about 20 feet in length when used in Joe scale. One of these substitutes nicely.

Let's face it: Crystal Ball sucks. Raptor really sucks. And Big Boa, well, he might be the worst action figure ever made. Croc Master stands so far above these guys that it's really not fair to compare them. Croc Master is a figure that anyone can use. Cobra, and the Joe line in general, has so many boats and watercraft that a figure like this can really become a vital villain. Along those lines is where I've found my best uses for Croc Master. I use him in the swamps, but also as a Water Moccasin commander. He looks like the type of character that would have a lower ranking command position. I use him as one of the lower ranked Cobras who isn't in a position of high power, but has just enough that he can sway the balance from one leader to another.

When I was younger, Croc Master was one of my favorite figures. Since then, he hasn't seen much use. I just don't have the inclinations to use him as the badass he once was. The newer, cooler figures took over his role. I had always used Croc Master in conjunction with Copperhead. As Copperhead's star faded, so did Croc Master's. They had a very niche role. Once the season changed back to winter, I had no use for swamp figures any more. Only recently have I been reminded of what a nice figure he really is. I've found some new uses for him and now keep an accessorized Croc Master near the top of my drawer of '87 Joes. Now that it's cooled down out here, I've got a swamp area where I think a Croc Master appearance is necessary. I think it will be fun to use him again, but once that little episode is done, I don't think he will ever return to a place of prominence in my collection.

Croc Master's aren't too tough to find. Especially if you don't mind things like incomplete figures and paint wear. Finding one in mint condition and with all his accessories is a challenge. As such, he commands a higher price tag due to these factors. He is certainly more expensive than the other named villains from his era, but he even rivals many of his contemporary the Cobra army builders in price. He is, though, a very cool figure that does deserve to be in everyone's collection. I think that since he is really the only '87 Cobra higher-up that is even remotely usable, people desire him that much more. I don't know if he is worth the money, but I've found Croc Master to be a fun addition to my collection. He is one of those guys who doesn't get all that much use anymore, but I keep him around, ready to be called to duty at any time.

Croc Master is cool, but I have more than enough of him. What do you think of the '87 Cobras? Let me know! 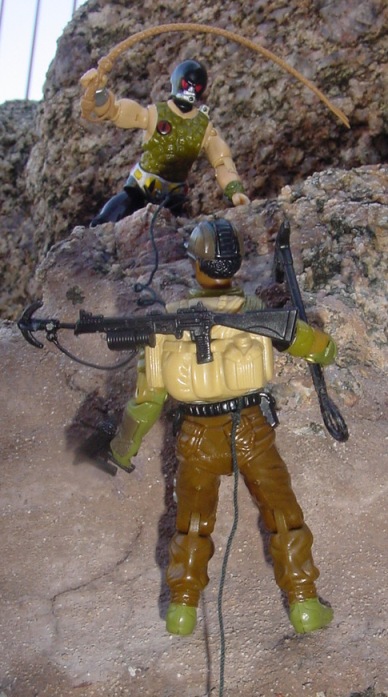 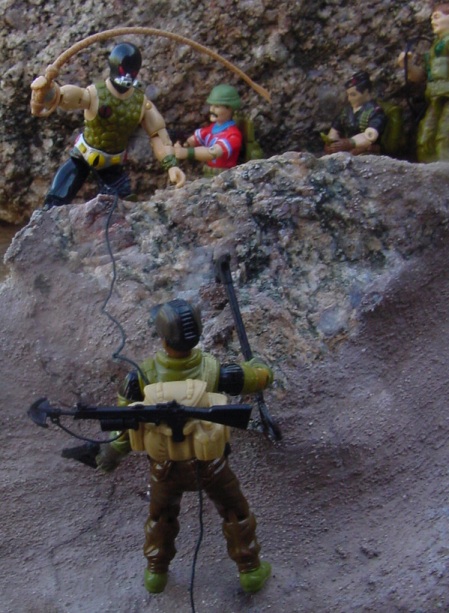 Posted by Robot_Sonic at 12:00 PM
Email ThisBlogThis!Share to TwitterShare to FacebookShare to Pinterest
Labels: 1987, Croc Master