There are some figures in my collection that I hold in high esteem that, frankly, make no sense.  They are brightly colored oddities that really don't belong in a military themed line.  But, due to their striking colors and contrast, they hold my attention.  There is no reason to like a lime green repaint of a figure whose American version is one of the better figures from 1986.  But, the bright colors lured me in and have kept the Funskool Beach Head as one of the better liked foreign repaints in my collection.

The Beach Head figure is classic.  He was released at the height of the line and had appearances in the comic and cartoon.  The mold is full of detail and added much greater depth to the Ranger specialty than the original Stalker figure had.  The head is somewhat large and round, but that is forgivable due to the overall quality of the figure.  The colors of the American figure are a dark hunter green offset with black and brown.  Funskool took a similar approach, but replaced the dark camo on the pants with brighter blue and, more drastically, changed the hunter green to lime.

It is this lime color that gives this figures his cache.  For whatever reason, the bright green really resonated with me and this figure quickly joined the Tiger Force Outback as brightly colored foreign figures that got way more use in photos and dios than their color schemes deserved.  It is eye-catching and starkly different than most figures you see in the Joe line that aren't from 1993.  The fact that it is such a different paint job on an iconic mold, though, really adds to the fun.  It makes Beach Head a little less serious, but also a little more useful since there is now a different look for him when putting figures on display.

There are, literally, dozens of Funskool Beach Head variants.  They vary from the major variants with the red vest to subtle color changes in the paint on the figure's neck.  There were several variants made between 2002 and 2003 as well.  You will see figures with brown eyebrows and black eyebrows in the photos below.  Each figure has subtle differences in the greens, greys and blues on the figures as well.  There a few of these small variants that can fetch high prices.  But, the biggest price disparity is for the early Beach Head figures that have the major coloring differences.  But, if you want the standard lime green version, most are similar enough that one variant isn't particularly desirable over another.

The figure's accessories also have various variants over the years.  The more common figures have a black ammo pouch and a grey submachine gun that is similar to the American figure, but is somewhat lighter in color and of flimsier construction.  However, early Beach Head figures also came with black firearms.  So, that is one of the harder to find Funskool variants.  The modern Beach Head has a very dark green backpack.  So dark that it often appears black in photos.  But, it is green.  There are some Funskool figs with the black pack, but they are from production runs earlier than 2002.

The Beach Head mold has a short history.  After the figure's American release, it was not seen again until it popped up in India.  In 2003, Hasbro re-acquired 18 molds from Funskool.  Beach Head was one of them.  The figure was immediately used by Hasbro in the Toys R Us exclusive Night Force set in 2004.   Master Collector also jumped on the Funskool bandwagon for their 2004 Convention set and released Beach Head in a Tiger Force Color scheme.  It has not appeared since then.  While the mold is collector favorite, the reality is that the original figure was nearly perfectly colored the first time around.  The Night Force version was decent enough that it gave collectors something different and the Tiger Force version joins this Funskool figure as an oddball collectible.  While I would have like to see Beach Head in desert colors, that was not to be and we have likely seen the end of this mold's usages.

In 2002, Funskool started producing this figure again.  For the next year, American dealers were able to import large quantities of Funskool Beach Head figures and sell them for under $5 each.  After Hasbro re-acquired the mold in 2003, these cheap Funskool imports ended.  Now, a decade later, the collecting world still has not fully absorbed the quantity of figures imported.  Today, you can purchase a Funskool Beach Head for around $10 carded.  That's more than they were, but still a pretty good price for a figure that's been out of production since 2003. 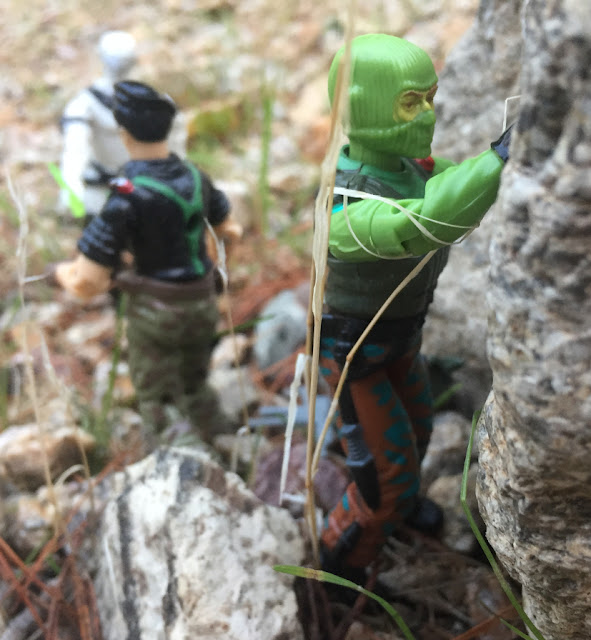 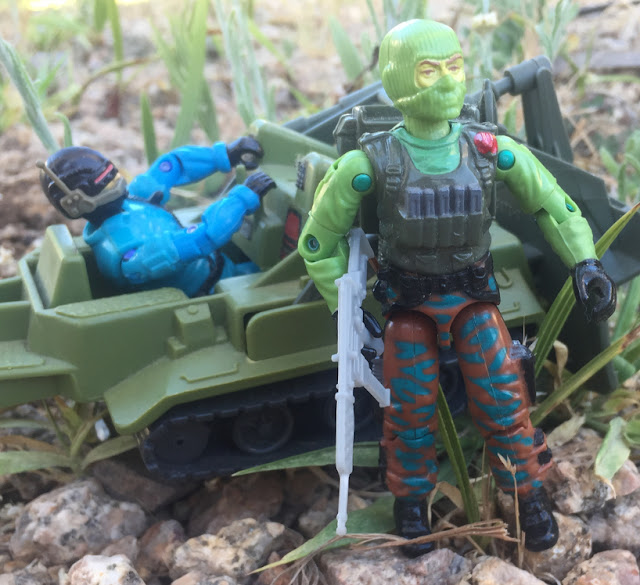 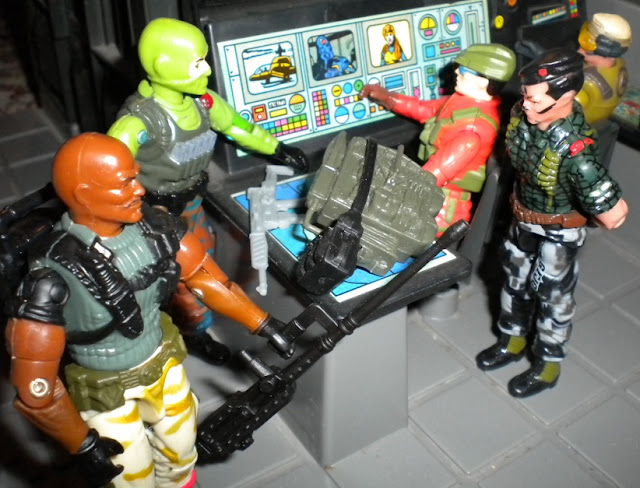 Posted by Robot_Sonic at 9:41 AM
Email ThisBlogThis!Share to TwitterShare to FacebookShare to Pinterest
Labels: Beach Head, Beachhead, Foreign Figures, Funskool