In October of 1985, I had already acquired all of the regular release G.I. Joe figures and most of the vehicles.  All that was left was the larger, more expensive items that were released later in the year. (I have distinct recollections of the yearly Joe vehicles being released at different times. So, the Mauler was not available at any stores in my area until the fall. This could be selective memory, or just a function of how stores in my area ordered their toys. But, I don't recall finding every vehicle on the shelf at the same time during the vintage run.) That year, I took care of a neighbor's home while they wintered in Arizona. As a downpayment, the owner gave me a $50 bill. It was the largest bill I had ever had up to that point in my life and I wanted to buy something special with it. The last item on my Joe list for the year was the Mauler. So, I called around to various toy stores to find who had it in stock. I finally found one at a Service Merchandise store in the Glendale Mall in Indianapolis. I went in, placed the order, waited for the Mauler to be delivered by the conveyor belt to the customer pick up, bought the tank and went to the car, as happy as an 11 year old in 1985 could be.

I opened up the Mauler and found the Heavy Metal figure inside. The actual figure was a very different mold than the mock up that appeared in the 1985 catalog photo, but it was still amazing. The best part, though, was that the figure included two accessories: a cool sub machine gun with strap and a microphone that plugged into his head. I had to open the figure right away to see what he looked like fully accessorized. As soon as I opened him, though, the microphone fell out and disappeared. Fortunately, I was in the car, so after some frantic searching, it re-appeared.

I was very cautious with my toys by late 1985. I took great care of the figures in terms of keeping the joints tight and paint unblemished. I also was careful not to lose any accessories. As 1986 came around, this trend only continued. Through 1986, I repurchased many of the figures I had first acquired in 1985 that had gotten broken or had lost weapons so that I had nice examples of all my favorite figures. Naturally, I was particularly anal about tiny, easily lost accessories like Heavy Metal's microphone. In 1986, my mother had a good friend who had three younger children. These beasts were completely unruly and would destroy our toy room whenever they came over. Pretty much every lost accessory or broken figure that occurred in my collection in 1986 and 1987 is a direct result of these people. Naturally, they came over one day, completely took apart my Mauler and lost my Heavy Metal's microphone. I scoured my toy room and cleaned it top to bottom, but the mic never appeared. After that, Heavy Metal lost much of his lustre. The microphone was an awesome accessory that make the character stand apart from other vehicle drivers. Without it, the figure just had a hole in his head.

After the loss of the first Heavy Metal microphone, though, I had a bit of luck. As 1986 wound down, several of my classmates were leaving their toys behind. Most had complete collections through 1985 and had kept their figures in as pristine shape as I did. I convinced one friend to sell me his complete Heavy Metal figure so I would have the microphone again. Back in my collection, the microphone brought Heavy Metal back into the spotlight. He quickly resumed his status as primary vehicle driver and was one of the most used figures in my collection. But then, it happened again. I knew those kids were coming over to my house when I was at a school function. In an effort to save my Heavy Metal, I put him inside the Mauler on the top shelf in the toy room. Basically, they would have needed a stepladder to reach him. But, somehow, someway, they got the Mauler down and my second Heavy Metal microphone was lost forever, too. This time, though, I had no reserve outlet. My other good friend with a Heavy Metal had already given him to some younger kids who had thrashed the once great collection. So, there was no way to bring the accessory back. Without it, my two Heavy Metal figure became nameless, faceless armor operators who would perish every time Cobra managed to blow up an Armadillo or Mauler.

Heavy Metal was released in the U.S. with the Mauler in 1986 and 1987.  After that, the mold was shipped down to Brazil.  There, he was released as a carded figure, in colors similar to the American figure, but without the microphone.  While the mold was in Brazil, Hasbro partnered with Estrela and purchased many of their Heavy Metal figures for distribution through Hasbro Direct in the U.S. as part of a mail away premium in the early 1990's.  The result was the Brazilian version of Heavy Metal being released in the U.S. but newly named Rampage.  After that, the mold disappeared.  Heavy Metal would have been an excellent addition to the modern repaint.  But, the lack of Mauler and relative unknown whereabouts of the mold likely doomed any chances he had at returning.

Heavy Metal figures are very easy to find and very cheap.  Complete Heavy Metal's, though, are among the most expensive American figures available.  The reason is the highly desirable and easily lost microphone.  This piece alone will cost in excess of $100.  Fortunately, there are some cheaper reproduction microphones on the market.  So, you can buy an incomplete Heavy Metal, get a repro mic, and have a figure much like you see in the photos below: good enough to save a substantial sum of money. 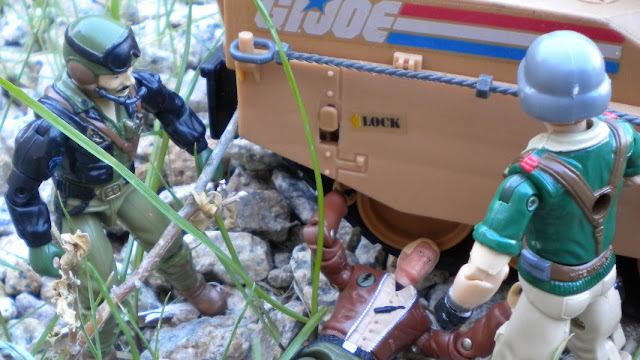 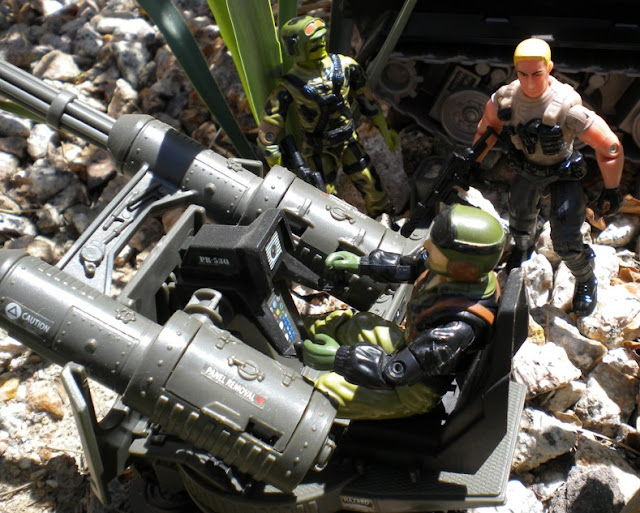 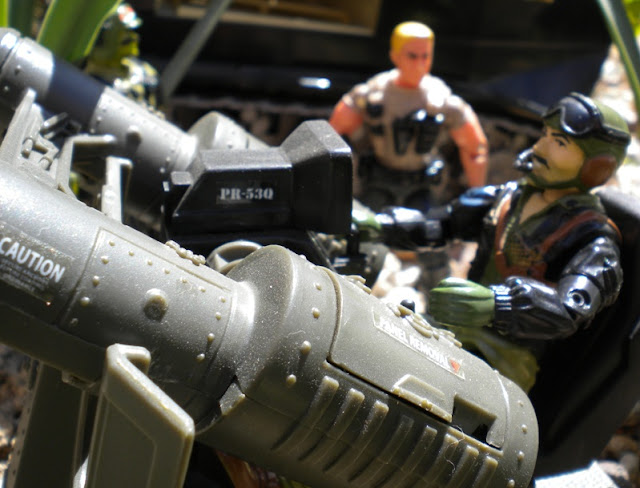