These photos were taken in the fall of 2001.  The intent was to get shots of both Blocker and the 2000 Dial Tone figures.  At the time, the Persuader was recently recovered from my parents' house and was new to my collection.  I had liked it as a kid.  But, the limitations soon shown through.  It was rare for me to use Vipers at the time, but they mixed well with Scrap Iron and were INSANELY popular figures back in 2001.  I added in some 1998 Cobra Troopers with the 1997 Rage for a second attack on the Joes. 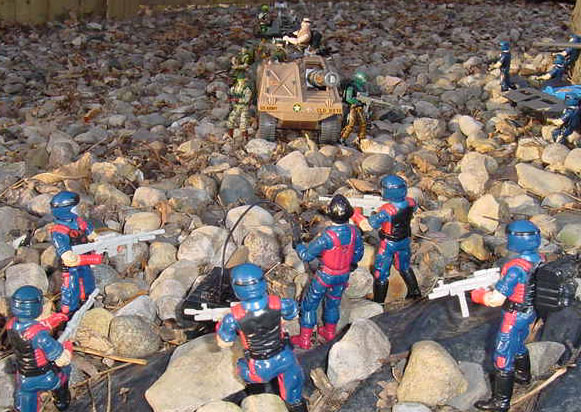 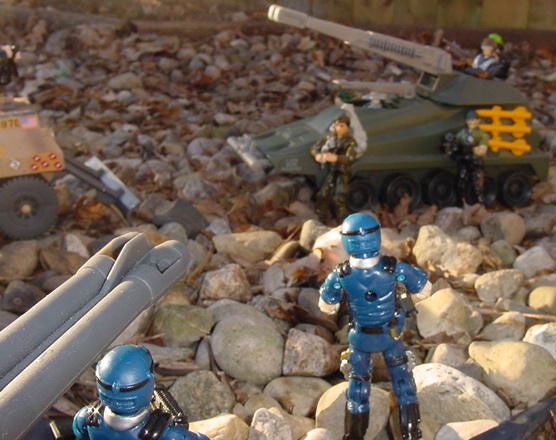 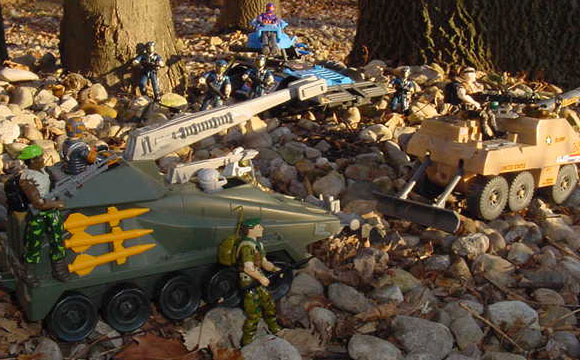 Posted by Robot_Sonic at 2:04 AM
Email ThisBlogThis!Share to TwitterShare to FacebookShare to Pinterest
Labels: 1984, Dio, Scrap Iron