The 1983 Zap is a classic figure.  The 1997 Stars and Stripes version of Zap is not.  But, the 1997 figure does bring some design elements to the character that give collectors something a little different than the original figure.  He features some chromatic diversity and better colored accessories.  But, like most of the Stars and Stripes set members, he does not surpass the original figure in any way.  Yet, the figure has some redeeming uses and I've fund him a strong alternative Zap.

The Stars and Stripes set was supposed to be so much more than it was.  But, missing molds and some poor color decisions rendered the execution of the set substantially inferior to the intentions.  But, one thing that was brought to the table was vastly enhanced paint masks.  This Zap is no exception.  The figure features a tan chest with a deep green waist and legs.  The chest features a black overspray that adds some depth to the upper body.  He has additional paint applications on his boots and leg pouches.  The figure is much richer than the more monotone original figure.  He's not quite desert colored.  But, his overall look can be used with some different figure themes.

Alas, the quality of the 1997 figures also left something to be desired.  The collector sentiment of the time was heavily against the figures as they were the first series to feature the new, softer plastic.  Not everyone liked this.  Though, the less brittle thumbs and crotches were a welcome side effect.  But, paint masks could be very sloppy.  And, the figures themselves could break just due to shoddy quality overall.  This lead the figures to be generally dismissed among the collectors of the time.  The 1997 figures and the Stars and Stripes set in particular were pegwarmers and were available well into 1999.  But, they did sell well enough to warrant a vastly superior 1998 series of figures which sold better and was the catalyst to Joe's retail return in 2000.  You'll also note that this figure is Sgt. Zap instead of Zap: an early indicator that Hasbro had not retained the full rights to their figure names.  Sgt. Zap is fine as he can just be Zap.  But, this was among the more innocuous changes to names with many, much worse changes to later appear.

This version of Zap includes the same gear as the vintage version: a bazooka, helmet and backpack.  The 1997 Stars and Stripes set featured the figure accessories individually bagged, within a larger bag.  Through the years, this has created confusion as the Short Fuse figure in the set also included the same backpack mold as Zap and a bazooka.  This has lead to many people mismatching the packs and bazookas for the two figures.  The most common Zap gear is a thick handled, dark green bazooka and a black pack with green painted missiles.  There may be some accessory variants in terms of bazooka color in the set depending upon its production date.  Sets with the black Rock and Roll figure are the most likely to have the variants.  It should also be noted that the figure's helmet does not fit on his head.  You can see the poor fit in the photos.  The '97 helmets were terrible.  (Though, getting clear visors was great!)  So, you're best left to storing the helmet away and having poor Zap's noggin exposed.

The Zap mold showed up around the world in a few different incarnations.  The straight arm figure popped up in Argentina, Mexico and Brazil.  The swivel arm version was released in grey in the European Action Force line as Dolphin and in several different colors (including emerald green) by Funskool in India.  Hasbro got the mold back in 1997 and released it in this set.  Zap appeared again in a comic pack in 2005, but the original chest was replaced with the grenade/knife web gear chest.  Hasbro had the molds to make many of the original 13 in various color schemes (like desert) but failed to ever solve collector gaps in that manner.  Instead, we got a lot of uninspired re-takes on classic characters.  At least this 1997 version gives collectors something cheap and easy to acquire.

When I first got this figure, he pretty much got dumped in a drawer.  20 years later, though, this figure is a bit more interesting to me.  I like having some different colorings of the early figures and, at this point in time, these are the best remakes that Hasbro has ever or will ever make.  And, this Zap provides something that no bootlegger would ever consider while still having redeeming qualities for a collector.  I like rich, green colors on a figure.  So, this Zap works for me.  He fits well enough with original 13 figures that I can use him among them without having to risk damage to my original Zap figure.  And, he brings the same type of visual diversity to a setting of original characters that the first Zap figure does as well.

Mint and complete with filecard 1997 Zap figures sell in the $6 range.  Dealers will get some sales at $12 and even $15.  But, there's a lot of stock available at the lower end and the figure is pretty easy to find these days.  Considering that vintage Zap figures have gotten rather expensive and have very brittle thumbs, this 1997 is a cheap alternative that is still true enough to the vintage look and feel.   The softer plastic ensures that this figure's thumbs will be far less likely to break, even with the fat handled bazooka. The ill fitting helmet is a problem, though.  As Zap, this figure is a decent homage and can match up with some classic figures.  But, if budget is no issue, the original Zap reigns supreme. 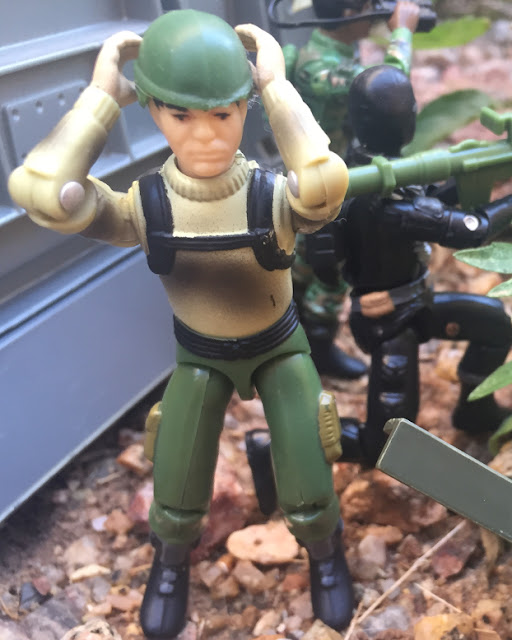 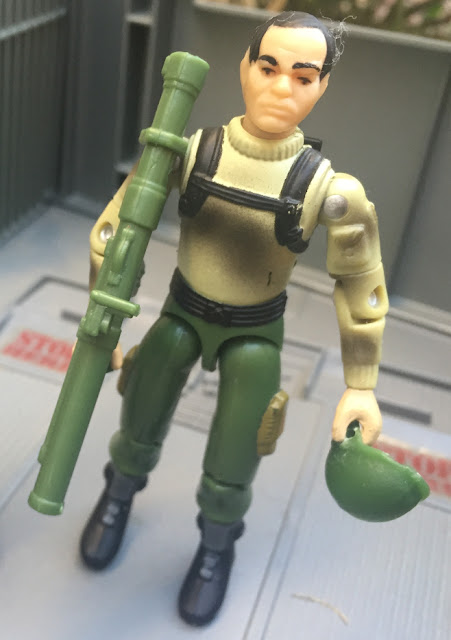 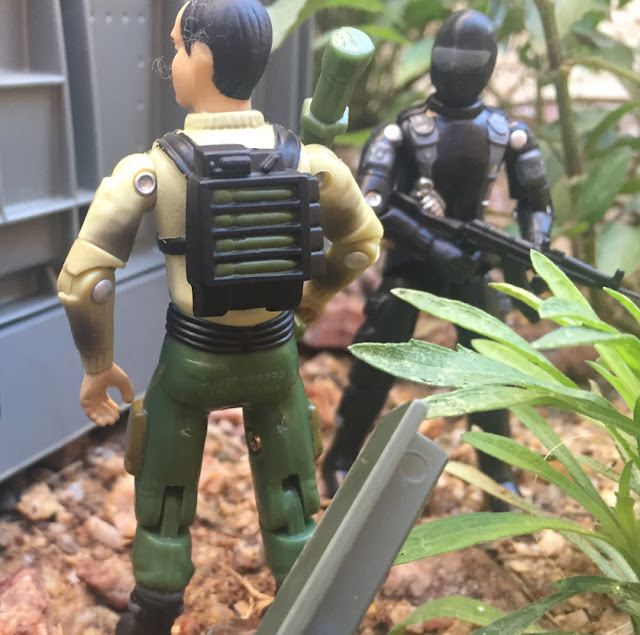 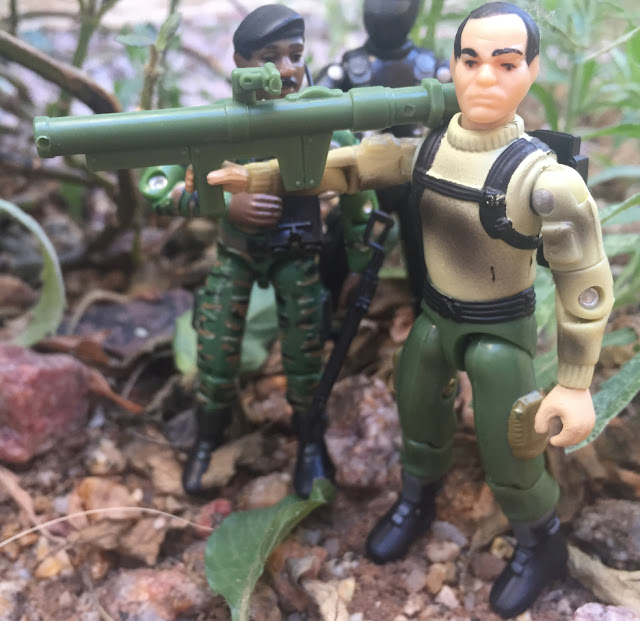 Posted by Robot_Sonic at 4:51 AM
Email ThisBlogThis!Share to TwitterShare to FacebookShare to Pinterest
Labels: 1997, Retailer Exclusive, Zap