Law is a staple of my collection.  He has been an army builder instead of a character ever since a snowy day in late 1987 where I took our two Law figures out into the snow, manning a motorized 6 wheeler and carrying Grunt's M-16 rifles from the original Battle Gear pack.  From that day, Law has been a security officer, policeman, prison guard and MP in all his forms.  The orange and blue original was a staple of my army building years and I'd often acquire lots of 1987 figures just because Law and Chuckles were included.  In 2000, I was ecstatic to see Law return to the line in a convention law enforcement color scheme.  With him, I now had Law as a vintage MP and a modern police force.  But, this left one open area: a real military version of Law that would be closer to the front lines and combat.  It was then that I found the 1990 Super Sonic Fighters Law figure.

This Super Sonic Fighters version of Law is about as perfect a repaint as Hasbro ever created.  The original Law figure was defined by his unique colors.  He was a bit bright.  But, that worked in the context of his specialty.  This 1990 figure uses the paint masks from the original figure, but swaps out the blue and orange for olive and standard green.  The result, when combined with the light tan pants, is a figure that looks much more at home on a military base.  He has enough color to be visually appealing.  But, the colors are more in line with traditional military appearance.  It's not that he's better than the original Law: he's different.  And, in this case, different is excellent.  With this figure, I am free to use the figure or character in different settings with different looks without resorting to gimmicks like Tiger Force.

1990 ushered in a new concept for G.I. Joe: the premium format figure.  Through the years, Joe had a line of single carded figures at a price point and then a variety of vehicle and playset offerings that hit a variety of cost attachments.  There were the odd ball figure releases through the years like Tomax and Xamot, the Listen and Fun Tripwire and the Battle Force 2000 multi packs.  But, Joe was pretty much single carded figures priced around $3 and vehicles.  The Super Sonic Fighters and 1990 Sky Patrol series changed that, though.  Now, in addition to the basic figure line, there was a set of higher priced figures that included special gimmicks that hung on the pegs next to the standard line.  The concept must have worked.  Hasbro released Super Sonic Fighters again in 1991, along with the Eco Warriors. 1992 continued the Eco Warriors, introduced the DEF and saw the Super Sonic Fighters evolve into the Talking Battle Commanders.  1993 introduced the Mega Marines and the Star Brigade Armor Tech line: though Hasbro cancelled the Eco Warriors and DEF figures that were planned and released them in the regular Battle Corps series.  1994 was muted as only the Shadow Ninjas received the large format cards and it seems that Hasbro planned to phase out much of the card differentiation in 1995.

Law has an interesting set of gear.  Of course, he includes the comically large Super Sonic Fighters backpack.  It's terrible and awful and useless.  He is also now missing his K-9 companion, Order.  The good part is that he has his original helmet: complete with the MP logo imprinted upon it.  His guns are a hodge-podge of rehashes from other figures.  The upside is that they are all cast in black.  The downside is that some are from Maverick and Avalanche.  Those weapons are kind of useless.  However, you also get a black version of Lifeline's pistol and a black version of the 1986 Roadblock's massive machine gun and tripod.  I've never been overly fond of Lifeline's pistol.  I always felt it was a poor imitator of Hawk's 1986 pistol.  The Roadblock gun is overly massive.  But, the tripod makes it useful.  Having it in black is a nice difference.  And, if you have the 1997 Rock and Roll figure, makes a good substitute weapon for that release.

For me, this figure is a great faceless legion to augment the Joe team.  I don't see any particular reason for the Joes to have MP's on their own team and Law's character has never really appealed to me.  Instead, I find value in multiples of the figure.  Once Joe defeated a group of Cobras, there was no longer any reason to be involved with their handling and processing through the legal system.  If the Joes captured a named Cobra, it would be different.  But, when a group of Vipers surrendered, they would be taken off by a multitude of MP's to face trial and long imprisonment.  The beauty of this was that it afforded a whole new angle of adventures for me as a kid.  The MP's could be inept, extremely good, criminally corrupt or just unlucky.  It also allowed for Cobra to kill some of the good guys: making them a much more effective enemy.

Law was decently used by Hasbro.  He got his 1987 and this 1990 release.  The character returned for a planned DEF release (that was changed to Battle Corps when DEF was cancelled) in 1993.  That figure is nothing like the iconic Law, though.  In 1998, Law's name appeared as a candidate for release with a planned desert repaint of the 1983 G.I. Joe Headquarters.  However, that release never materialized.  But, in 2000, Law was released in a solid blue repaint in a two pack with other 1998 release candidate Dusty.  As Hasbro was planning on scrapping the vintage Joes in 2002 and replacing them with the JvC sculpt figures, they then sent the mold off to Funskool.  In 2002, Law was released in India.  The figure is in a nice, dark brown color scheme.  The coup-de-gras, though, is that the Funskool figure features a painted mustache on Law's face.  After that, the mold disappeared and Law never saw another release.  But, all four of the releases of this 1987 mold are top notch and they do work well together.  So, I do feel the mold's potential was realized.

Mint and complete with filecard Super Sonic Fighters figures have gotten a bit harder to find and more expensive.  Left on the open market, mint and complete with filecard versions run around $10.  Dealers often sell him in the $16 range.  And, due to a generally limited supply, you'll see a few move at that price.  As there are many versions of Law out there and all are good and a few others are cheap, it doesn't make sense to spend a lot army building this version.  He works well as a Captain of the MP forces that are comprised of more common 1987 and 2000 versions of the figure.  But, as a stand alone offering, this Law is a must have.  He provides a great, alternate look for a classic character without being too sub-team specific. 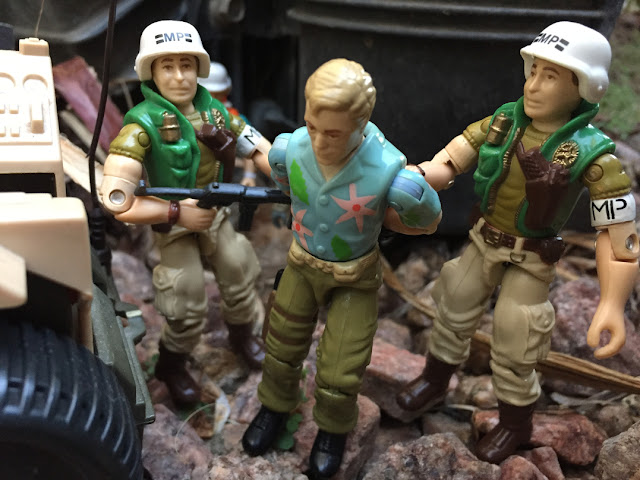 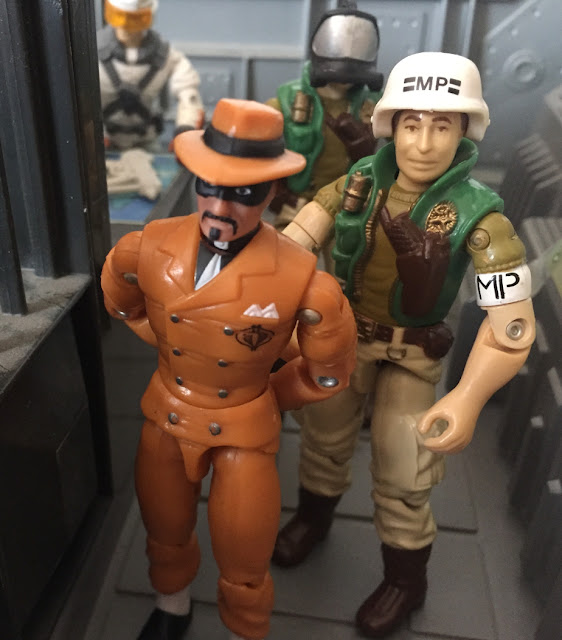 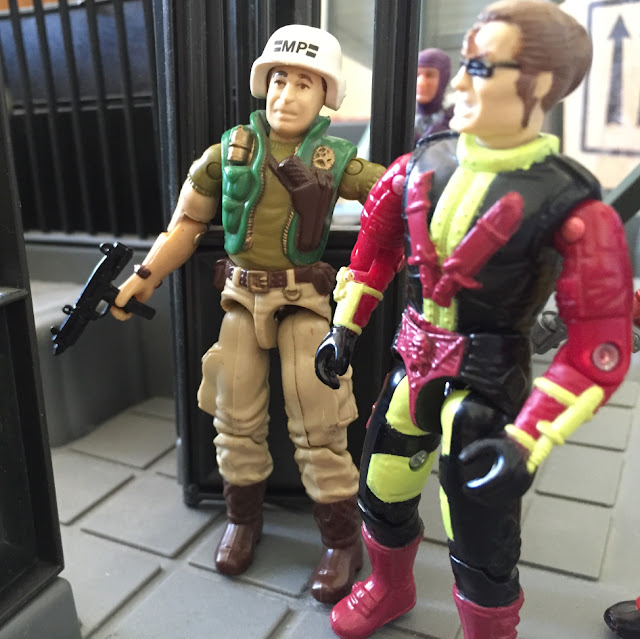 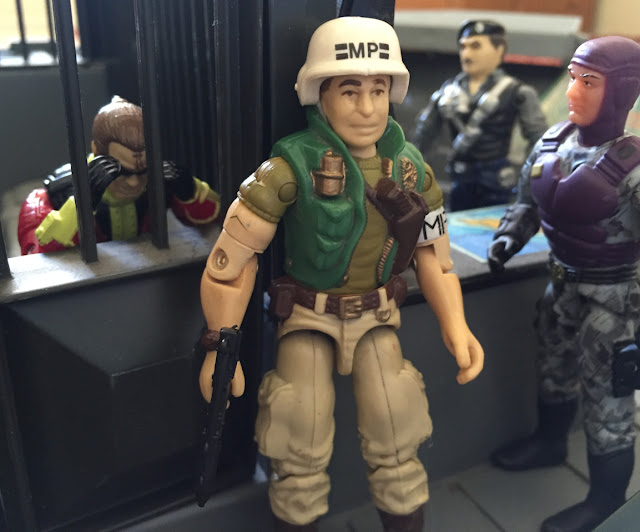 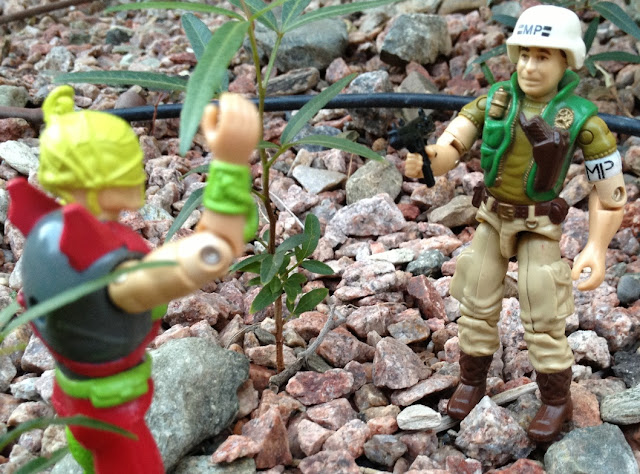 Posted by Robot_Sonic at 1:30 AM
Email ThisBlogThis!Share to TwitterShare to FacebookShare to Pinterest
Labels: 1990, Law, Super Sonic Fighters