2000 Side Track - By Past Nastification

Before I begin the review, let me acknowledge Rob at Joeaday.com and his generosity in letting me post my articles there over the last few years.  With Joeaday on hiatus, Forgotten Figures has graciously given me the opportunity to post my stuff here.

Thanks to both sites for being so open.
And now, the review!

Ambush was a very unique figure during the late ARAH run.  With the puffy swept hair up top and the lambchop sideburns, the headsculpt for Ambush was quite distinguished in the line.

The body was solid, too, featuring a diagonally slung grenade bandolier on the chest and a sweater worn under a shirt with rolled up sleeves.

But the figure in this review isn’t Ambush.  It’s 2000’s Side Track.  It looks like Ambush, but with darker hair, because it’s a head-to-toe repaint.  So lazy, so stupid, so Hasbro.

As to be as objective/generous as possible, I’m going to just pretend this is another version of Ambush.  The dark riches greens used for the base uniform are a 180 from the desert color palette of the 1990 figure.  The camouflage of the 2000 figure was created through marbling the plastic, whereas the 1990 figure featured a painted/printed pattern.  The two approaches make sure that they are entirely distinct from each other, something not always seen when a figure is recolored.  It’s beautiful.

The gear from the 2000 figure is almost the same as the 1990 one.  The helmet is different and the colors are unique to each figure.

You may notice that I’ve displayed the 2000 figure short one weapon.  I wouldn’t have ever noticed were it not on Yojoe.com.  That’s because when the figure was released it was packaged with a Duke figure, and I sorted that weapon to Duke.  I hadn’t realized that same accessories had come with Ambush in 1990, as that was after my exit time for GI Joe back then.  But I’m leaving it as is.  It didn’t bother me 19 years ago, and I’m good with it now.

Viewed as Ambush, this figure is great.  It’s one of the figures from 2000 that had a good opaque quality to the skin, not the semi-translucent milkiness some of them had.  The hair color should be lighter, but it has painted whites of the eyes, so it’s a decent trade off.

Okay, time to switch gears and view this as Side Track.

The head just kills it.  Hasbro had created a new head for Volga when GI Joe returned and topped a Lady Jaye body with it.  Using a new head on an old body isn’t as good as using a new head with a body made from MIXED body parts, but it’s still better than a head-to-toe repaint.  But in 2000 Hasbro stuck with complete HTT figures, dumping Side Track, Chameleon, Whiteout, and Thunderwing (for a second time, I think) on us.

Here’s a silly thought:  if you can’t make a new head, at least use a different one.  One you can disguise if possible.  For example, a Quick Kick head with rusty hair and facial stubble on the Ambush body would have been a much easier pill to swallow as Side Track.  Did Hasbro even have access to the Quick Kick head in 2000?  I don’t know.  It could have been almost any head that wasn’t Ambush, with that head painted with a different hair color than its original figure.  A Low Light V1 head with black hair.  Anything would have been better than what we got.

We can’t talk about this figure without mentioning the 2002 Sidetrack (spelled with no space between “Side” and “track”), which was a different character (because it had a different spelling and a different file name).  At least that figure featured an original head on an old body.

Ever since Hasbro brought GI Joe back in ’97 with the Stars and Stripes Forever set, the design team/quality control people never really seamed like they put their hearts into it.  Naming issues, nonsensical part choices, bad color sets.  In 1982 Hasbro created a high quality product with an imbedded spirit that spoke to the fans.  Somewhere before the original ARAH run stopped, that magic-in-a-bottle had evaporated.  It’s never really come back.  You don’t need to look any further than Sidetrack for a demonstration. 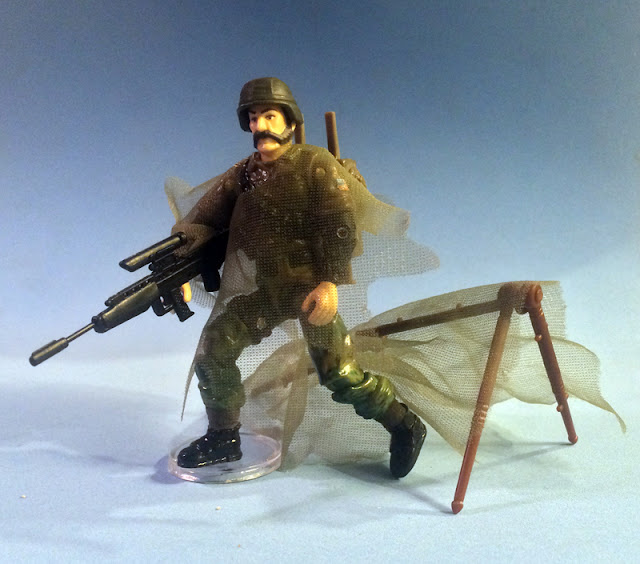 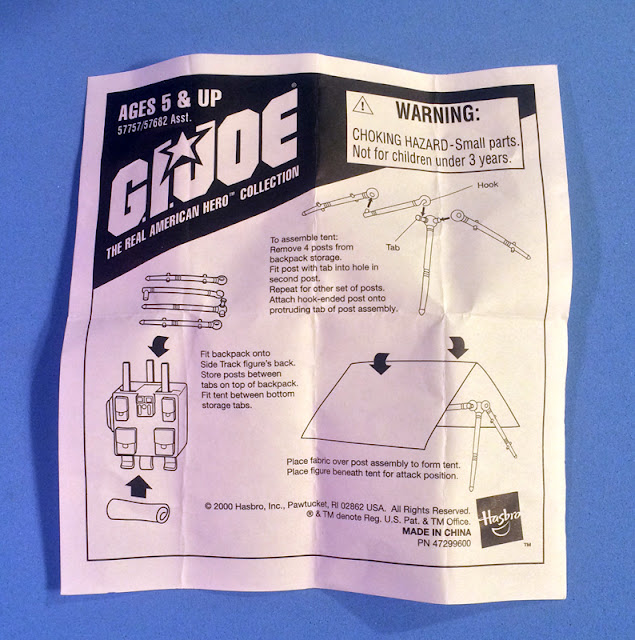 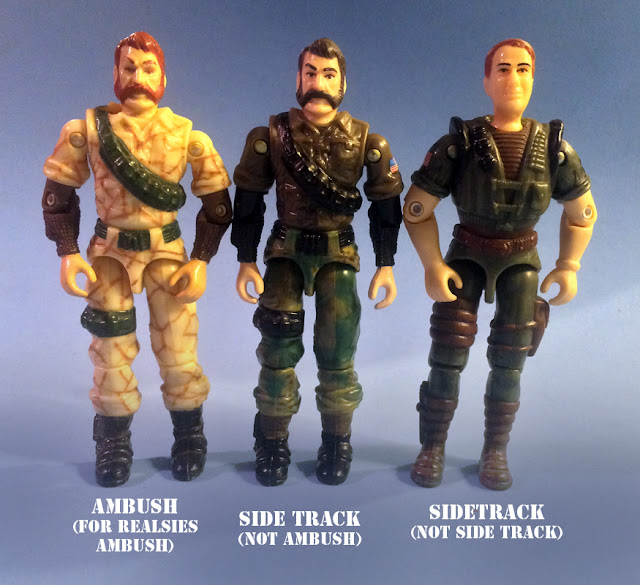 Posted by Robot_Sonic at 2:51 AM
Email ThisBlogThis!Share to TwitterShare to FacebookShare to Pinterest
Labels: 2000, Ambush, ARAHC, Past Nastification, Sidetrack