2006 Skull Squad Trooper - By Past Nastification

As a write reviews I find myself asking the question of questions “Where does the time go?”  This figure was released 13 years ago, a 2006 release by the GI Joe Collectors’ Club as part of its Cobra’s Most Wanted:  Mercenaries! box set.  Major Bludd and his Skull Squad Troopers were the bad guys of that set.  Well, some of the bad guys, that is.  It was an all-bad guy set also containing Cobra Mortal, Overlord, and Coil Troopers.

Skull Squad Troopers are “freelance henchmen” on Bludd’s payroll, although the filecard sports a Cobra logo.

Decked out mostly in brown and black as a clear callback to Major Bludd’s 1983 figure, a few touches of silver and grey complicate the color set just the right amount.  The red masks do scream “Cobra”, so that probably should have been avoided, if these aren’t to be viewed as Cobra soldiers.

These figures are an example of how to recycle a body correctly to use as a different character.  The body is from 1987’s Avalanche.  But the once white/silver color set is so far away from the new brown/black color set that this figure doesn’t even make one recall Avalanche, poor forgotten Avalanche.  (Sorry for the comparison photo.  This is the only Avalanche figure I own, and I painted out the silver 32 years ago!)  Top the masked head off with a NS Major Bludd helmet and any thoughts of Avalanche completely disappear.  The helmet design helps identify the Skull Squad Troopers as being Bludd-adjacent as much as the color set does.

It’s not a flawless figure.  The quilt pattern armor on the chest/back is sculpted for a figure wearing cold weather gear.  What passed as extra bulky clothing on Avalanche looks more like extra Hardee’s on the Skull Squad Trooper.  But it’s really not too bad.  Maybe the Skull Squad Troopers are in their 40’s?

In addition to the helmet, the figures each include a rifle and a grenade launcher, plus a clear ARAH style figure stand.  Needless to say, the figures display well with the Major Bludd from the same set, but I think they look even better with the 2001 Major Bludd (a fantastic brown repaint of the 1991 Major Bludd).

This set was a bit of a taunt and a treat to collectors in that it used several ARAH bodies not used or widely used by Hasbro during its early 2000’s run of ARAH figures.  The bodies or parts of Long Range, Barricade, TARGAT, Iron Grenadiers Destro, and Avalanche were used.  Wouldn’t it have been nice if a Long Range body had been used just once instead of the Big Ben body during this era?

The Skull Squad Troopers are a concept that didn’t really catch on as far as I know.  A customizer (I can’t remember the name to give proper credit) worked up a “Bluddhound Gang” concept years before this, which might be why the GIJCC didn’t use that better sounding name for the subteam.  These figures never really gathered much attention, but they are well done.  Being part of an expensive boxed set probably didn’t help grow their popularity.  Sadly the GIJCC won’t get a chance to re-interpret the concept again in the modern era. 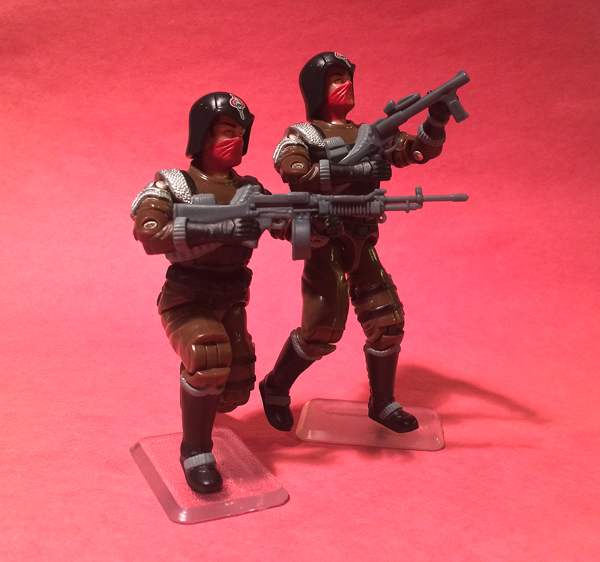 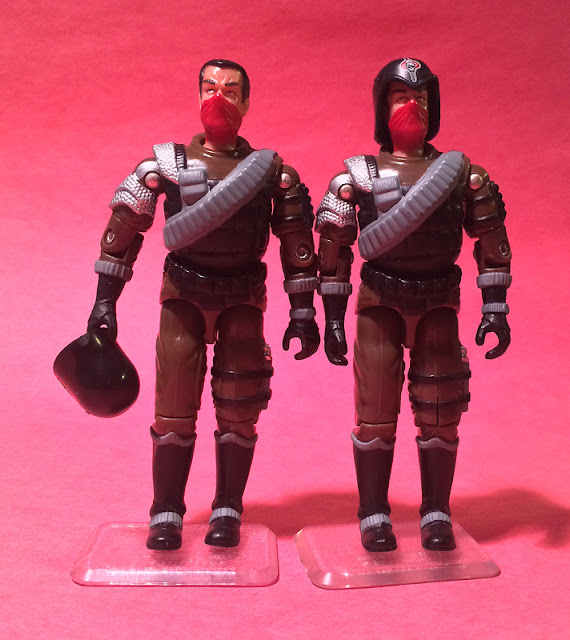 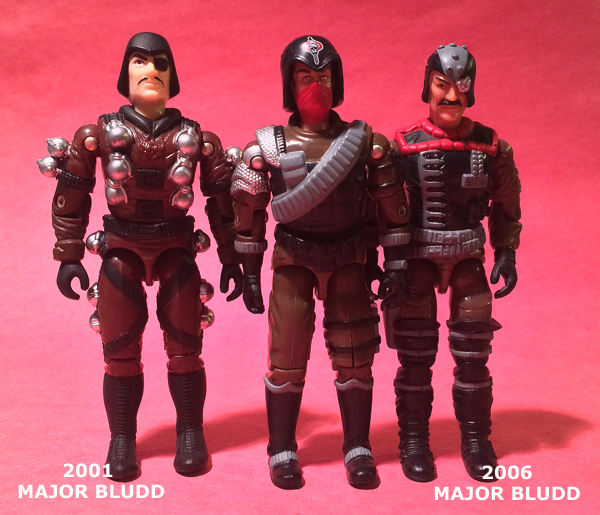 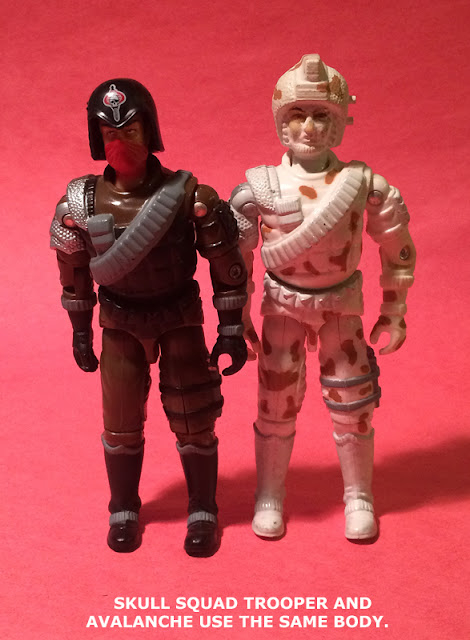 Posted by Robot_Sonic at 8:46 AM
Email ThisBlogThis!Share to TwitterShare to FacebookShare to Pinterest
Labels: 2006, Convention Exclusive, Major Bludd, Past Nastification, Skull Squad Trooper