On May 5th of 2000, I posted up a profile of the 1994 Dial Tone figure.  In and of itself, this profile isn't overly significant.  Dial Tone is cool and this version of him is both interesting and unloved.  So, he was a perfect choice for an early profile.  The real reason this profile was significant, though, was my note of the news that Joes would be returning to retail in the fall.  Sure enough, about 5 months later, G.I. Joe was back at retail.  For the next six years, Joe would be a constant retail presence.  And, after taking a "hiatus" for a few months, the line then came back again with heavy releases from 2007 until it petered out in 2016.  So, while we adore the original 12 year run of the G.I. Joe line, it also ran, mostly uninterrupted for 16 years in the 2000's.

The difference, though, was lack of cohesion.  You can look at this 1994 Dial Tone and see the resemblance to a 1982 figure that introduced the world to the G.I. Joe concept.  There are improvements and the figures have some differences.  But, this Dial Tone fits into most early vehicles and is compatible with gear from 12 years prior to his release.  That was simply not the case in the 2000's.  Joe went through many iterations and the last figures that were released had no resemblance at all to the wave of 10 figures that was alluded to in May of 2000.

In looking at the profile of Dialtone, though, I see a much younger me.  At the time, Joe was new, but dead.  Collectors had little to look forward other than scoring cheap collections from guys our same age who were getting kicked out of the parents' house.  The online world of the time had a few hang outs.  But, they were heavily populated by the same people and, the community was small.  Within a few weeks, any active participant of the online discussion would interact with pretty much the entirety of the collecting world.  Within a year, that would drastically change.  2001 would usher in an unprecedented wave of G.I. Joe collectors who would rediscover their childhood passion from the more prevalent retail figures or from the resurgent comic book.

The important step for me was that the site started to grow into a space for commentary about the online Joe world of the time.  Years later, it's interesting to see things written without the benefit of hindsight.  The collectors of the time had grandiose ideas of what Joe's return to retail would mean.  In some ways, none of them came to be.  But, in others, we got everything we could have wanted and more in the 2000's.  It just wasn't all in the same form. 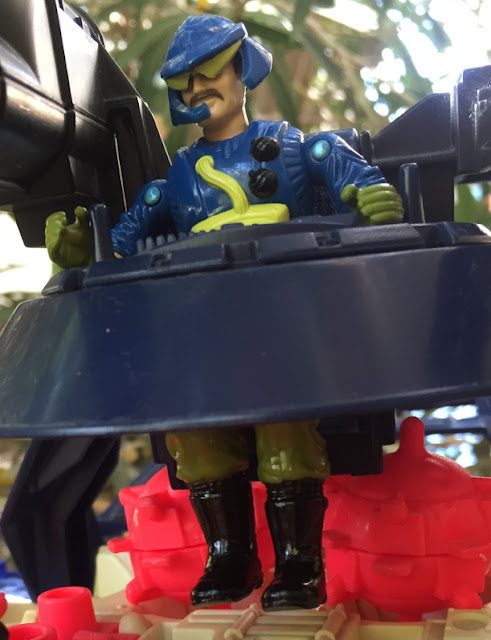 Posted by Robot_Sonic at 3:19 AM
Email ThisBlogThis!Share to TwitterShare to FacebookShare to Pinterest
Labels: 1994, Anniversary, Dial Tone, Dialtone, Essay, Features