Back in late 2000, Hasbro dropped the second wave of the A Real American Hero collection.  I'd argue now that it was actually better than the first wave as it included a ton of molds collectors had yet to see and they, mostly, included all their original gear.  I'm hard pressed to really pick which of the 6 figures in the wave is the best.  But, the Ambush repaint renamed as Sidetrack is easily up there.  It's a great mold from the 1990's that was hugely under-appreciated at the time and was colored significantly differently from the original figure.  Here's the best of Sidetrack from around the web. 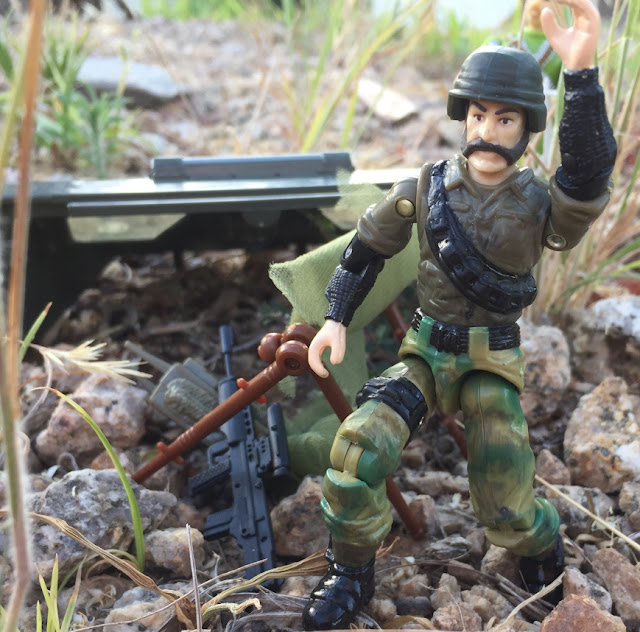 Posted by Robot_Sonic at 1:05 AM
Email ThisBlogThis!Share to TwitterShare to FacebookShare to Pinterest
Labels: 2000, 2001, ARAHC, Around the Web, Sidetrack