It's the last day of the year and the decade of the 2010's.  Really, the past 10 years haven't been great for collectors of vintage Joes.  It started off strongly as vintage pricing was way down, availability was way up and factory custom makers were starting to come online with their wares.  But, that was really the high point.  While we've seen great factory customs come to dominate the vintage Joe space, we've also a radical uptick in vintage pricing that's making the hobby much less fun since figures are now seen as valued commodities instead of the toys they are.  All that being said, though, I still have time to fit in a final profile of the year.  There's a well known strategy where you dump unpopular items at an unpopular time so that you don't waste the more valuable slots with content that isn't likely to generate any interest.  With that in mind, I present the 1988 Windmill.

Windmill has only been a part of my collection due to Funskool's take on the mold.  With that figure in hand, there is simply no reason to look elsewhere for the character.  But, the Indian figure exists because Hasbro sculpted this figure in the late 1980's and tossed him into a vehicle.  Windmill is a far cry from the days of Crankcase, Heavy Metal, or even Backstop.  He's not the worst figure in the line.  But, he's in the discussion.  The figure's colors, design and overall sculpting show a slippage in the quality Joe aficionados had come to expect.  In reality, Windmill was nothing more than another example of the diminished paint applications that were the hallmark of the entire 1988 series.  But, to a collector who only discovered him as an adult, Windmill has an insurmountable amount of detriments in his way to ever gaining appreciation.

I'm not real sure what happened with the 1988 vehicle drivers...at least on the Joe side.  The Cobras are passable and not really any worse than other years.  But, the Joes really took a turn for the worse.  Skidmark and Windmill introduce bright green and orange to the pantheon of vehicle driver colors.  Armadillo is another terrible figure.  Wildcard is poorly done (though he has great gear!).  Ghostrider seems acceptable just due to the horror of his contemporaries.  Though, he suffers from many of the same issues as Windmill.  Only the Sgt. Slaughter figure really stands out.  A few of the molds could be salvaged with better paint.  But, that's asking a lot from a crop of figures that really nosedived in quality.

My first issue with Windmill is that he's two tone.  His body is just pea-green and orange.  None of the mold details are painted.  He features an interesting sculpted air mask on his chest.  (The same idea was used on Ghostrider so it seems Hasbro was testing out some new ideas to save money on these figures.  Fortunately, the abandoned it and real air masks returned in subsequent years.)  But, the mask is not even painted.  With a few paint applications, Windmill would be substantially better.  But, the cost savings really hurt the figure's overall appearance.  My main issue, though, is the figure's head.  I'm not sure what's going on here.  But, the horns neither make sense nor look cool.  If the helmet was removable, the figure might be salvageable.  But, the head sculpt is just so terrible and atop the subpar body, we're left with a terrible representation of a figure.

The good news is that Windmill includes a big honking revolver.  With him, it looks a bit out of place.  However, it is a good fit with some other figures...especially the 1988 Sgt. Slaughter.  The most notable thing about the weapon is that it is incorrectly placed with about 64.3% of the "complete" Downtown figures that you see for sale these days.  The upside is that, occasionally, you'll get a Downtown pistol listed with a complete Windmill, too.  The gun, though, is relatively unique and is something worth having.  Even if it's out of place with Windmill, it works well enough in a broader collection and it's worth buying a Windmill just to get the weapon.

Windmill appeared just twice.  This original version and aforementioned Funskool version mark the only appearances of this mold.  The 1988 and 1989 vehicle drivers suffered cruel fates.  Hasbro sold a large chunk of them off to Olmec toys in the 1990's where they were used as the Bronze Bombers.  Those who survived that purge were very likely to appear in India.  Funskool produced a large number of vehicle driver molds.  And, had their line continued, there would have been more of them released in the standard series.  Hasbro didn't do much with the few molds they had left and the 1988 figures were not among the molds Hasbro recalled from Funskool.  (Not that it would have mattered since Hasbro never used most of the molds Funskool gave back...depriving collectors of additional production years of many of our favorites.)  But, really, this mold isn't worth trying to remake into something cool.  The fact that a foreign repaint exists is more than this mold deserves but gives those who enjoy Windmill something else to find.

Today, you'll see collector grade Windmills fetch $15 from time to time.  But, if you take 10 minutes to look, you can get the same, mint and complete figure for about $6 without too much trouble.  Nobody really likes this figure.  And, the pricing is just indicative of the growing power that dealers have in the Joe marketplace.  Since he's worth peanuts, there's no reason to not own one...except, you know, because the figure sucks.  But, Windmill is a relic of his time and shows how the Joe line was starting to change with the marketplace as a new generation of kids came of age in the late 1980's and early 1990's. 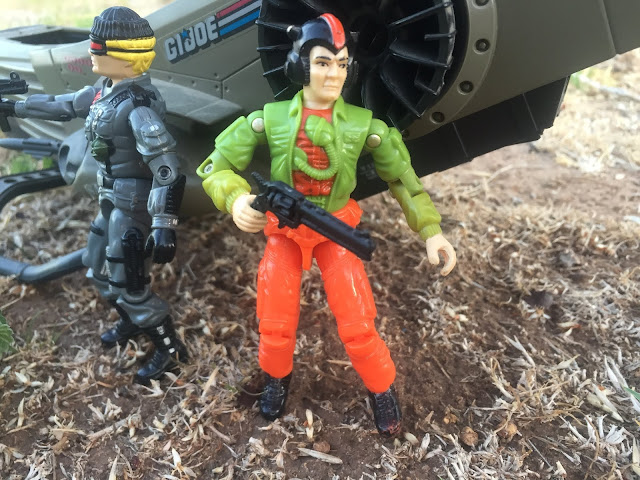 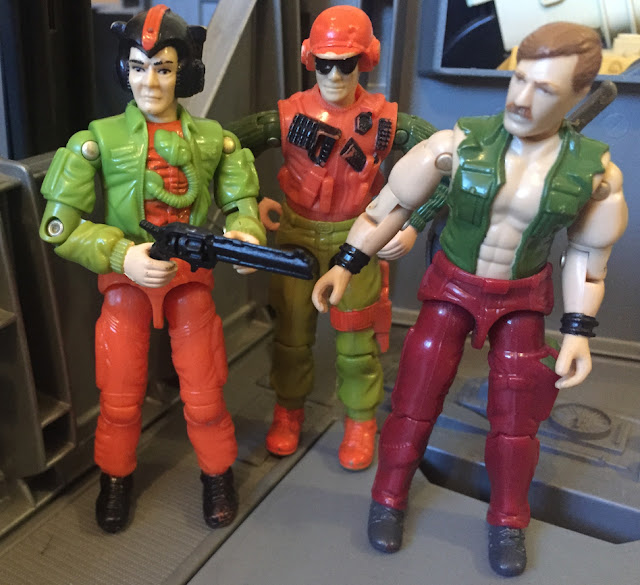 Posted by Robot_Sonic at 1:16 AM
Email ThisBlogThis!Share to TwitterShare to FacebookShare to Pinterest
Labels: 1988, Vehicle Drivers, Windmill