On September 8th of 2000, this site took a major step.  On that day, I profiled the very first foreign figure to appear on the site: the European exclusive Tiger Force Outback.  In looking back at my thoughts on the figure at the time, my approach to foreign figures is almost laughable.  My naivete shone through and I had no idea that foreign Joe collecting was going to come to dominate not only the most popular posts on the site, but also the near entirety of my collecting focus for the next four or five years.

In reality, the Tiger Force Outback was my second foreign figure that I acquired.  The Chinese Major Bludd had arrived into my collection a few weeks earlier.  But, there was something about the Outback that spoke to me.  The look of the figure was so different from the American offerings of the character that it captured my attention in a way that few figures ever had.  Even after acquiring a vast amount of other foreign figures, Tiger Force Outback remains one of my favorite foreign releases.

I acquired this figure from a European collector in a trade for a V1 Sgt. Slaughter figure.  In the late 1990's/early 2000's, many European exclusive figures were rather common among the European based collector set.  And, at the time, there were still many figures that had never been released in Europe that were very desirable for continental based collectors.  Trading an incomplete Sgt. Slaughter straight up for a Tiger Force Outback seems outrageous today.  But, in 2000, it was an even trade that left both of us extremely happy.

In 2000, it was unheard of for most American collectors to own foreign Joes.  Some of the Action Force exclusives such as Quarrel and Red Laser appeared most often.  But, most of the other figures that were exclusive to Europe remained over there.  Less than six months after I profiled this figure, though, two avenues of foreign Joes became more available and opened the floodgates of American collector interest in items released outside the United States.  The first, and less obvious, event was the discovery of a horde of Plastirama figures in Argentina.  This brought tons of MOC figures to the U.S.  Even the now desired Ninja Ku and Satan could be bought for $15 each for a time.  Others were even less.  Just as those started to saturate Ebay of that era, the first mass imports of Funskool Joes began at the YoJoe Depot and, later, SmallJoes.com and other dealers.  These cheap figures offered collectors a chance to expand their collections in new ways.  And, by 2002, foreign Joes were a staple of pretty much everyone who participated in the online Joe community.

Today, foreign figures remain highly desirable and many have exploded in popularity and price.  Everyone knows Tiger Force Outback.  But, nearly 20 years ago, he was a novelty that few collectors cared about.  In some ways, those days were more fun since there was so much to be discovered.  Now, though, it's a lot easier to find guys like this.  You'll just pay a WHOLE lot more than you would have in the early days of collecting.  But, this figure is the one that started my fascination with foreign Joes and it's an area of collecting that I still overly enjoy today. 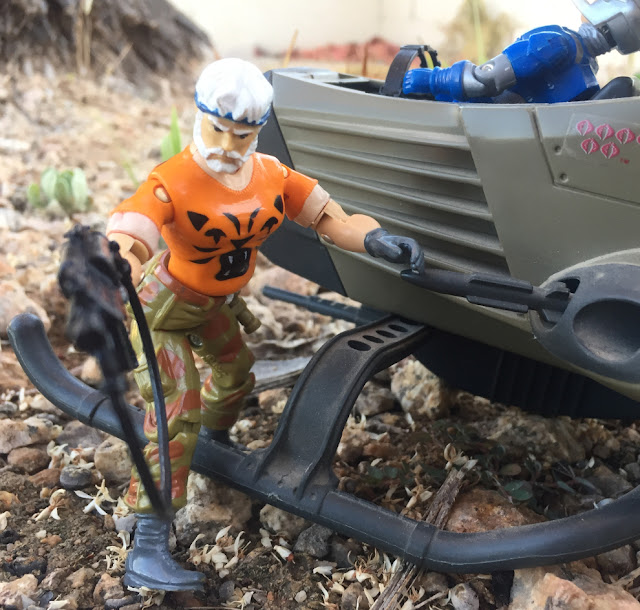 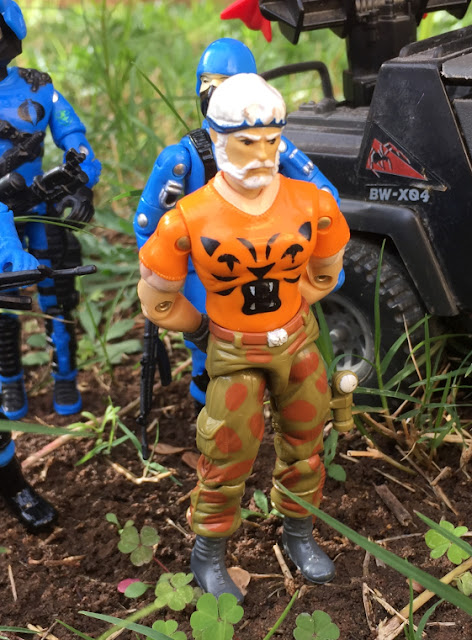