In 2001, collectors were army builder crazy.  So, when early images of a figure in blue and red showed up online, we went bananas thinking of all we'd do once cheap alternatives for Cobra Troopers were finally available.  In the end, though, the Laser Viper somewhat disappointed.  While people did army build him to a great degree, the new head wasn't perfect.  And, as better army builders continued to pour out of Hasbro over the next couple of years, the need for massive amounts of the Laser Viper in a collection diminished.  But, overall, this version of the Laser Viper did offer some things that would never be seen again.  Hasbro took more chances with their earlier figures.  But, collectors punished them for doing so.  In time, figs like the Laser Viper became quaint reminders of what we didn't really want more of.  I've grown to appreciate this figure more in the past 18+ years for this reason.  Here's the best of him from around the web. 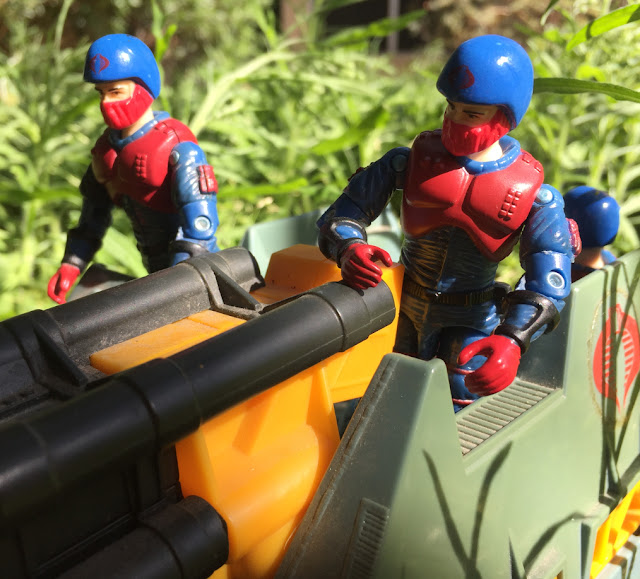 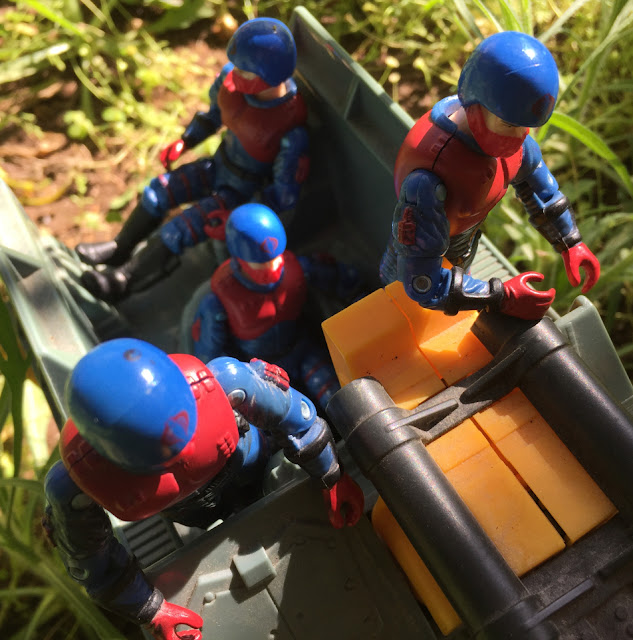 Posted by Robot_Sonic at 3:26 AM
Email ThisBlogThis!Share to TwitterShare to FacebookShare to Pinterest
Labels: 2001, ARAHC, Around the Web, Laser Viper