One of the releases that's getting lost to time is the 2000 release of Wild Bill.  As he was done in a color more traditionally associated with Cobra, many collectors have forgotten this figure even exists.  But, he and the Locust were excellent repaints and were a cheap way to pick up a Dragonfly repaint at the time.  Obviously, there isn't much content out there on this Wild Bill.  Here's what I could find. 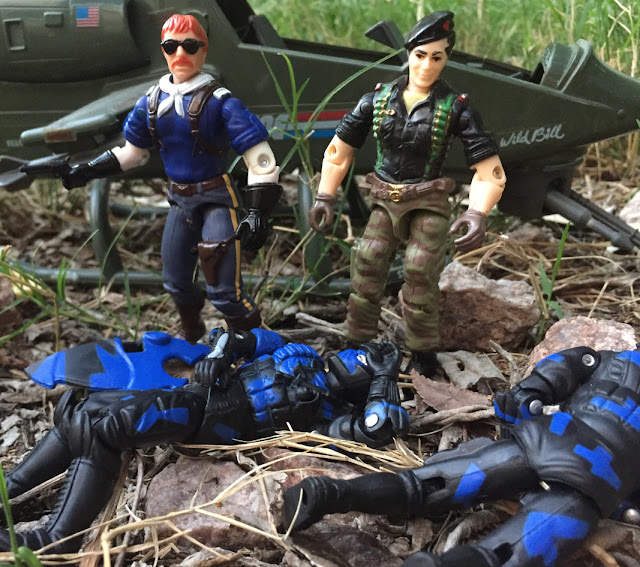 Posted by Robot_Sonic at 1:17 AM
Email ThisBlogThis!Share to TwitterShare to FacebookShare to Pinterest
Labels: 2000, ARAHC, Around the Web, Vehicle Drivers, Wild Bill