The 2004 Night Force set was highly anticipated.  But, it also went through many iterations in pre-production before the final product was released.  The figure that most affected was the Tracker/Action Man figure.  Originally, the figure was meant to be Night Force Tracker.  But, he then came to be Action Man.  In between, the entire Night Force set had white pants.  So, after Tracker was changed to Action Man, but before the pants were changed to black, Hasbro made a few of these Action Man figures with white pants. 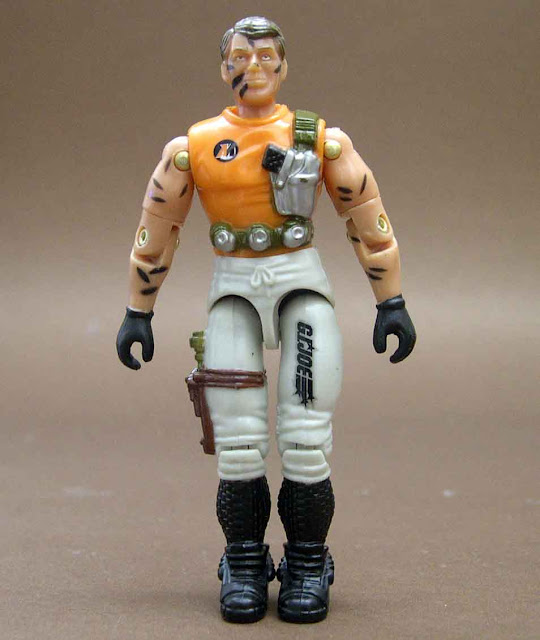