Many companies tried to capitalize on the success of G.I. Joe.  In most cases, they simply copied the general body construction, scale and packaging elements of the Joe line in an attempt to catch the scraps that fell out from uninformed gift givers or cheap relatives.  Most of these lines are forgettable and don't really mesh with the Joe line all that well.  In a few of them, though, Joe parts were repurposed.  Lanard, maker of the CORPS! (the most successful of the Joe copycats) took a few key Hasbro parts (Torch's torch, backpacks from Flint, Footloose and Blowtorch, etc.), made slight modifications to them and the released them as part of the gear in their figure lines.  Lucky Bell went a step further to simply combine multiple Hasbro accessories into something new that was included with their figures.  The Kaido line, by Bikin, went even further by taking gear not just from Hasbro, but also Lanard.  Below you can get an idea of the Kaido figures and some of the gear that was taken from the Joe line and rehashed into something new. 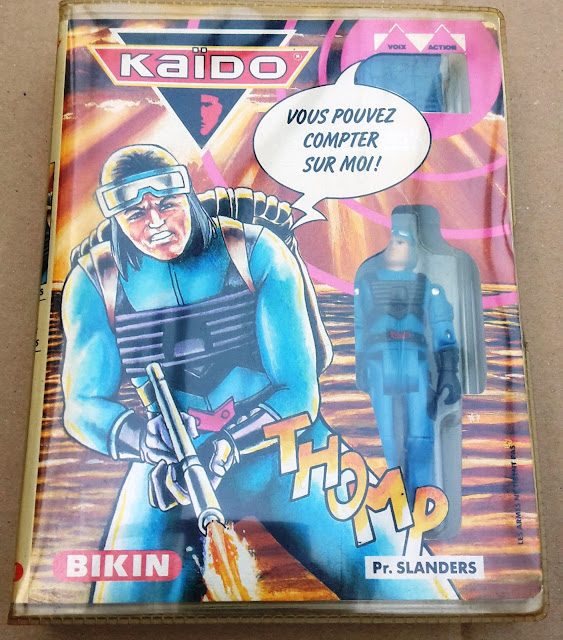 Posted by Robot_Sonic at 2:08 AM
Email ThisBlogThis!Share to TwitterShare to FacebookShare to Pinterest
Labels: Bootleg, European Exclusive, Kaido, Rarities