In 2003, Hasbro confirmed that Wal Mart would be getting an exclusive set of figures.  Originally, they were planned to be "Sky Patrol" figure who would have parachutes.  The figures would have been vintage Joe style.  But, along the way, something happened.  Supposedly, the parachutes didn't pass a safety test.  So, the figures were cancelled and replaced with JvC style figures.

The more common figure has Duke's traditional blonde hair.  He also had dark brown pants.  But, there is also a variant available where Duke has brown hair and greener pants.  You can see the alternate figure in the pictures below.  The alternate photo that was common has tan elbows.  But, there are likely figures with the correctly colored arms, too.  In general, the blonde Duke is more desirable just due to the traditional hair color.  But, these days, either figure is a pain to find. 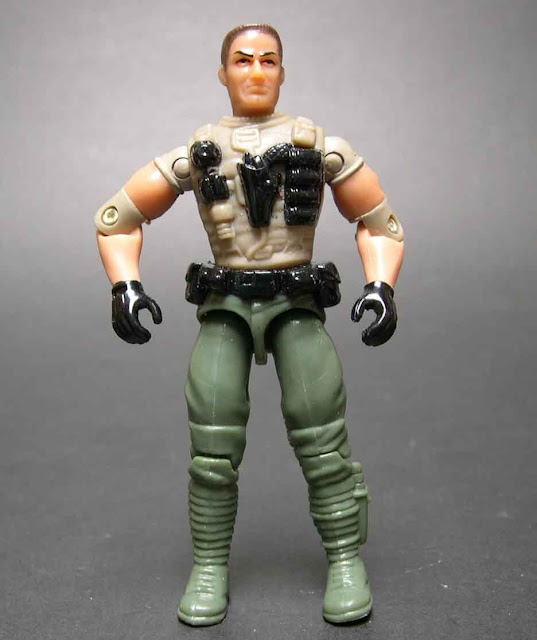 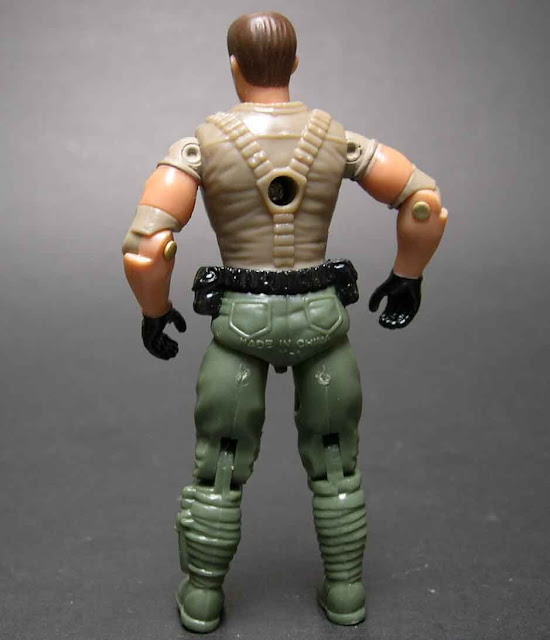 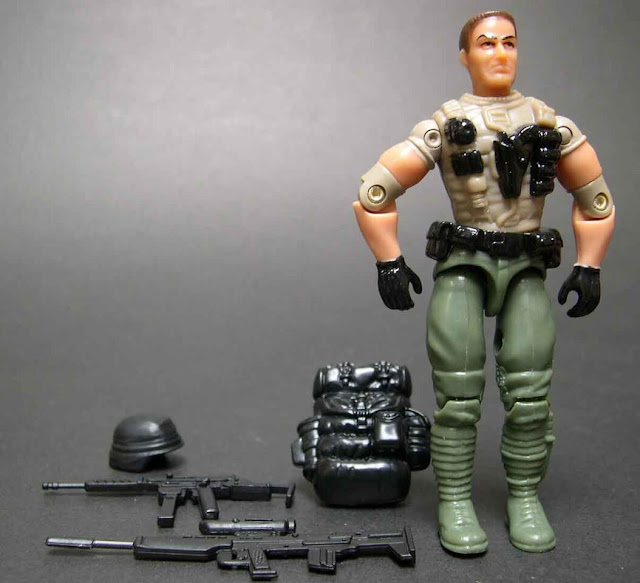