In 2003, Hasbro released a BAT army builder pack.  It was cool and imperfect and lame all at the same time.  Due to the oddities of 1/2 the figures in the set, it didn't sell very well and Hasbro nixed all future "mail away" army building 6 packs and shuffled them off as Toys R Us exclusives instead.  Below is a set of pre-production BATs (and Overkill).  They are pretty much identical to what we got in production.
You will notice a few very slight differences between these pre-production figures and the production releases.  The most notable is on the BAT.  The production figure had far more yellow.  These muted colors are less in line with the 1986 figure to which the 2003 color scheme was meant as an homage.  But, I also kind of like this one better since it has more metallic colors and looks more like a robot.  Still, had these figures been released this way, it's doubtful I'd have bought any more or any less of the set.  But, this is an insight into how products change slightly before they finally get released. 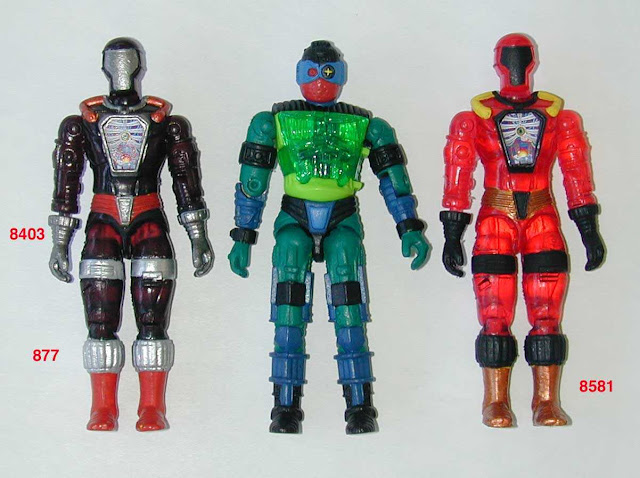