In 2000, I bought a large lot from a Canadian seller.  Back in those days, pictures were scarce and most large lots were guys trying to get some beer money.  The lot had a ton of great stuff in it: a Starduster, Cobra MSV gas cans, and even an entire set of 1989 Cobra army builders that the seller hadn't mentioned.  Also included were not one but two Rumbler figures.

At first, this was great.  Rumbler was pretty hard to find and you almost never saw him online in the sparse photos of the day.  But, upon receipt of him, I also realized the figure wasn't great.  And, were he not rare, people would absolutely hate him.  In the ensuing two decades, I've tried to find uses for Rumbler.  But, he's pretty bland and isn't all that interesting in photos.  Rumbler does feature the two tone chest and the green gloves for color contrast.  But, they are hard to see and only captured in photos with good lighting.  Like lots of relatively hard to find figures, there's a bit more content out there on Rumbler than there would be on figures of similar quality who aren't hard to find.  Here's the best of Rumbler from around the web. 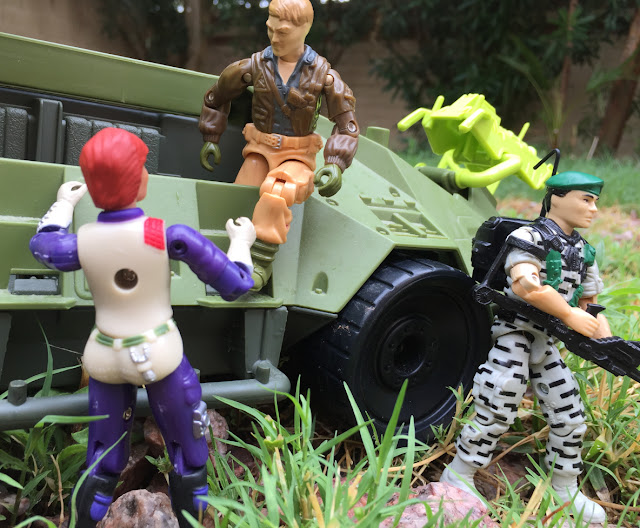 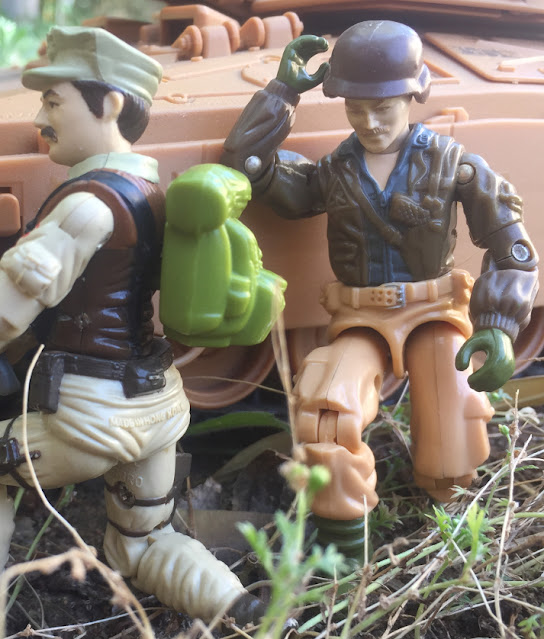 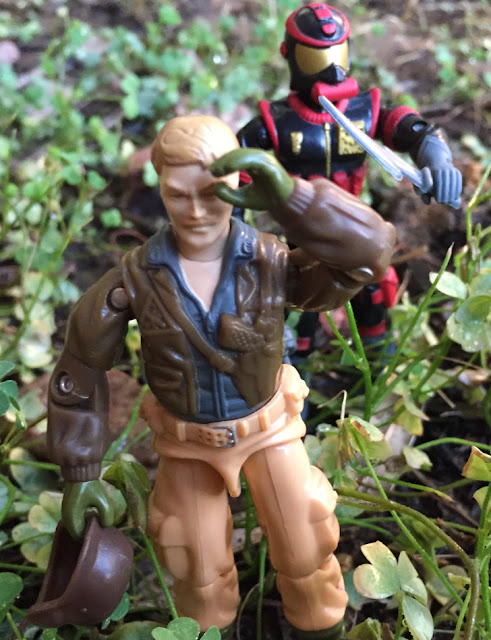 Posted by Robot_Sonic at 1:06 AM
Email ThisBlogThis!Share to TwitterShare to FacebookShare to Pinterest
Labels: 1987, Around the Web, Rumbler, Vehicle Drivers