In 2000, I bought a lot of figures and vehicle parts from a Canadian who was selling his childhood collection.  In the photos was a Rumbler, who I needed at the time.  So, coupled with a few army builders, this was enough to get me to bite on it.  He told me there was another pile of stuff, too.  When it arrived, it turned out the other "pile of stuff" was quite a bit of figures and gear.  I was ecstatic to get a not pictured Star Duster, Night Viper and Alley Viper.  There was also a lot of miscellaneous vehicle parts.  I didn't really look at them and put them into a case that was included while I sorted and put away the figures.  A year or two later, I was looking through the parts when two VAMP gas cans molded in black grabbed my attention.

They were flat black rather than the glossy black versions that were included with the Tiger Force VAMP.  Also in the pile was a black center piece to an MMS.  I thought it might be from the SMS.  But, that wasn't released in Canada.  That's when I realized that I had pieces to the Canadian Exclusive MSV.

The MSV was a retailer exclusive in Canada.  The set included a black version of the VAMP with an all black version of the MMS which were now aligned with Cobra.  The VAMP uses the 192 VAMP mold without the shovel on the hood.  The MMS appears to be unchanged from the original release, other than the color.  It's a classic pairing of iconic Joe vehicles done up in colors that would perfectly match the Hiss Tank.

At it's core, I'm torn on this toy.  It's extremely cool.  But, the fact is that we do have the Stinger jeep which is a very similar mold in the same colors.  The SMS is hard to find, but is the same as the MSV missile base and the only difference is red missiles instead of black.  Taking a Stinger and SMS missile trailer gives you a more visually attractive MSV at a fraction of the price.  So, from a practicality standpoint, the MSV offers very little to a Cobra army.  On the other hand, though, the all black VAMP is sleek and the differences with the mounted twin gun are enough that makes me really want a few MSV's to round our my classic Cobras.

High quality MSV's are very rare and very expensive.  Gem mint specimens easily top $1,000.  The extremely low production run and high propensity for breakage or lost pieces makes getting a perfect one a very difficult proposition.  The fact that it's the highly coveted VAMP mold in black and given to Cobra just adds to the mystique.  This set would look great among an early Cobra army.  I can picture Stinger Drivers manning the jeep with Cobra Troopers setting up the MMS.  It would be a perfect blend with other, early Cobra vehicles.  The price and availability, though, make this one a stretch dream for me, though. 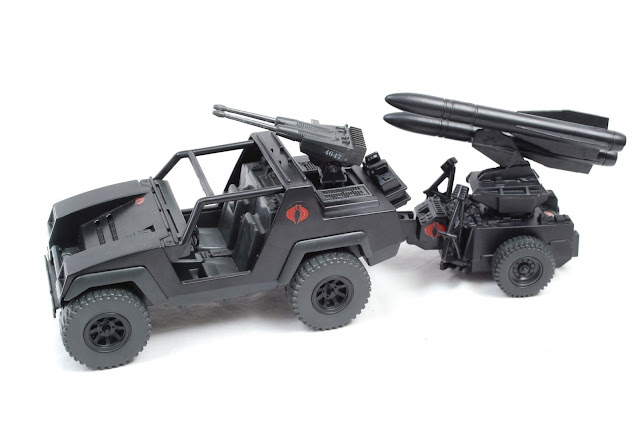 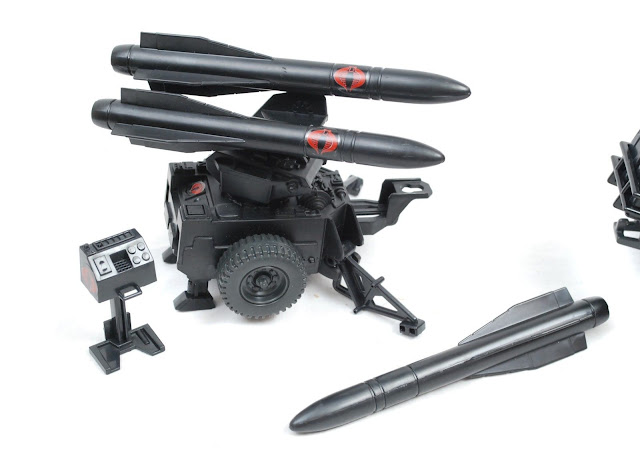 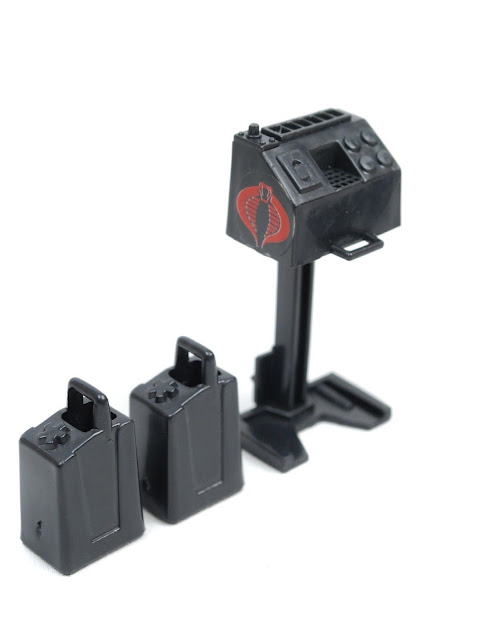 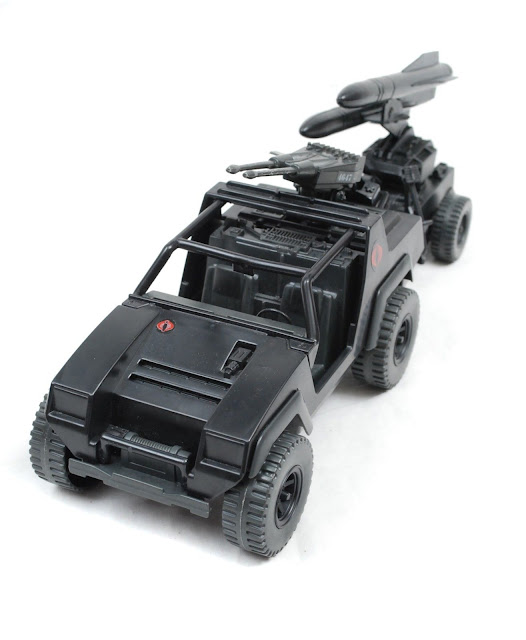 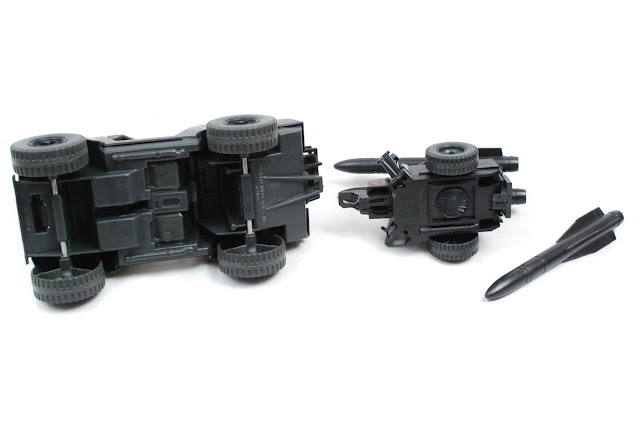 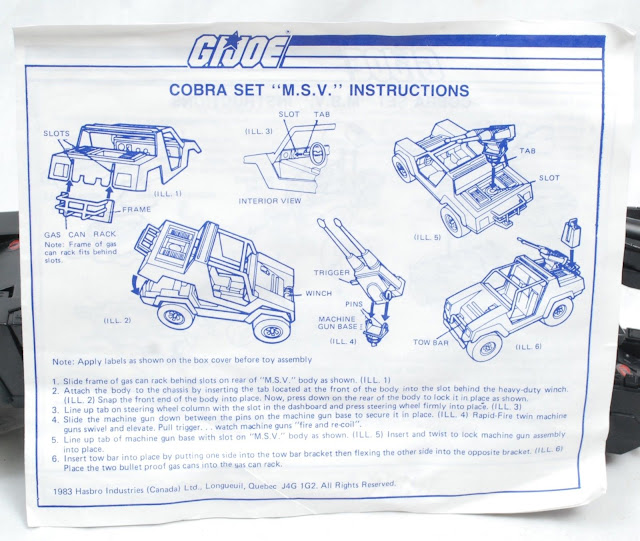 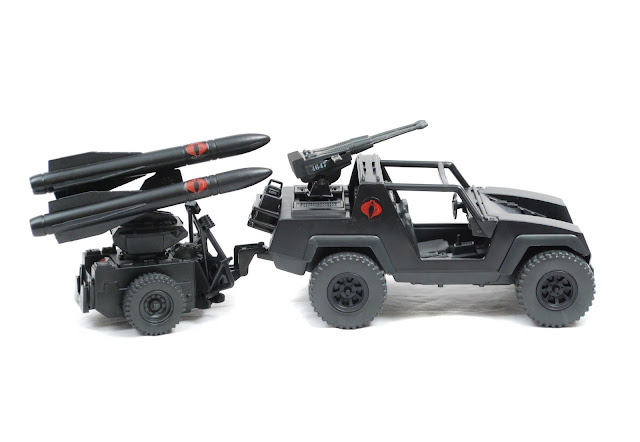