Not many people pay attention to the Flak Viper. He is the most highly underrated Cobra figure to come out in the final years of the Joe line. Unlike the awful 1993 version, the 1992 Flak Viper is among the best Cobra figures that were ever made. It is unfortunate that this figure didn't get a Cobra sigil painted on him. That is the one mark that would make this figure even better. The 1992 Flak Viper has a great mold, realistic colors, and acceptable accessories. Had his gun been cast in black, this figure would have been off the charts. Most people, though, know little about this figure. He was never featured prominently in the comic, and I don't think he was ever in the cartoon. Since the 1993 version is so bad, this guy can be overlooked by people who associate him with that figure.

This figure is a perfect Cobra field trooper, or a specialty soldier. His colors work well in both urban and forest or jungle settings. His gun is a bit off color, but it still looks good with the figure. He has a decent mold and the helmet looks perfect. Besides, who can resist a figure that has kill marks already painted on his uniform? I don't know why more people aren't after this figure. He rarely garners any real attention when he is offered for sale. I think the lack of a Cobra sigil keeps him down a rung or two on the popularity scale. It's hard to identify him as a Cobra without it. This figure also starts the trend of the 1994 figures in that his torso is rather big. With him, though, it works perfectly. How else could a man be expected to carry an anti-aircraft missile on his back if he isn't huge?

Back in 1994 and 1995, I was never able to find a Flak Viper on the retail shelves. Most Joes were still available then, but the Cobras had all been scooped up. It just shows the eternal popularity of a good enemy that is chock full of army building figures. The Flak Viper was one of the many good Cobras that were released in the final years of the line. The 1993 version has a terrible red and green color scheme, but this 1992 version is worthy of standing tall among Alley, Night, and regular vipers. As collectors get their fill of those earlier figures, and their prices continue to rise, I think that figures like the Flak Viper and other later edition Cobras will become substantially more popular. They are still readily available and there is no collector sentiment that keeps potential sellers from parting with this figure.

It seems that Hasbro finally came around on this figure mold. (The Flak Viper was never used by a company other than Hasbro.) In 2004, the Flak Viper mold was used as the Nullifier in the highly underrated Urban Assault set. (You can see some of these figures in action here.) Painted in a dark Cobra blue with black highlights, this mold finally got some well deserved collector appreciation. In 2006, that release was followed with the Desert Flak Viper that was released by Master Collector. This figure is also very well done and features the return of the original Flak Viper accessories. Both of these figures are classic updates to a great mold and really give fans of the Flak Viper a few more options when trying to use the character. Personally, I'd still like to see this mold used a couple more times. It could appear in arctic or jungle motifs and still be well received. In the meantime, though, at least we have a couple of other options available to enjoy the Flak Viper mold.

Flak Vipers are rather easy to come by. They aren't expensive, but collectors are starting to pay attention to them. You can find them both carded, and mint, complete for very reasonable prices. Building an army isn't too difficult and can be accomplished without investing too much time or money. Flak Vipers are an excellent way to build Cobra ranks without having to pay outrageous prices. Many collectors focus on the early Cobra figures and let later gems, like this guy, pass them by. Flak Vipers, especially the 1992 version, appear in all sorts of lots. They are also usually complete, or at least with their gun. I've managed to build up a half dozen of them in the last year. That was all accidental. It's not like I've been seeking these guys. They just seem to appear all the time. I would highly recommend, though, taking advantage of this while you can. In a few years, many people will be talking about the "good old days" when you could get figures like this for nothing. As more people discover the Flak Viper and realize his potential, I don't think they will stay readily available for long. 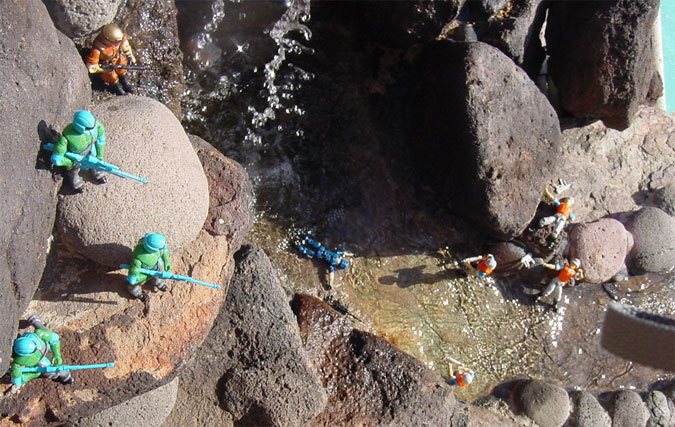 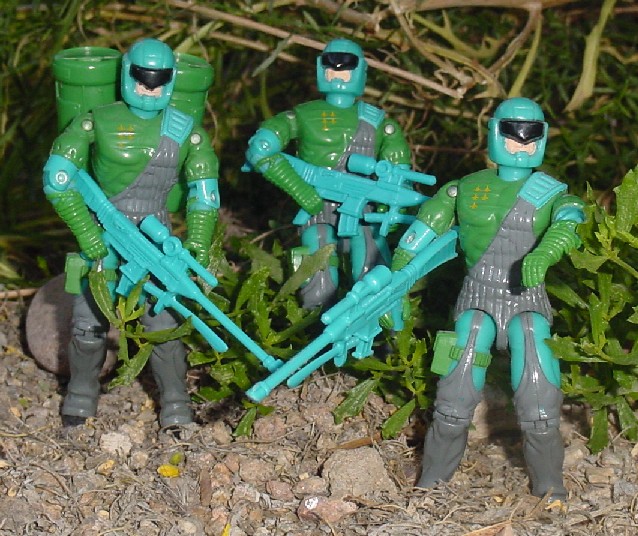 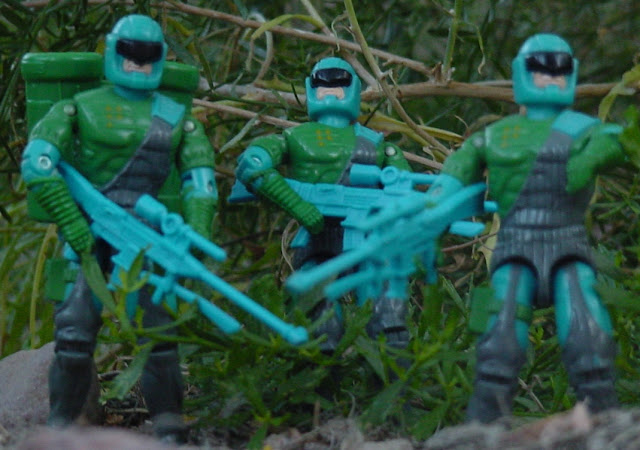 Posted by Robot_Sonic at 1:23 PM
Email ThisBlogThis!Share to TwitterShare to FacebookShare to Pinterest
Labels: 1992, Flak Viper