Some people love Star Brigade, other people hate it. Personally, I think it was an awesome line full of unheralded figures that are worthy of great recognition. Of all the figures in the line, the 1994 Roadblock stands out as my favorite. I don't know what it is about this figure, but it enthralls me. All of the '94 Star Brigade were far superior to the '93's with the possible exception of Payload. I think the lackluster '93's really killed off any hopes the line had of ever becoming successful. That was really too bad as the '94's are great figures, but are very hard to find. Most people associate the '94's with the Lunartix aliens. Regardless of you opinion of those figures, the '94 humans are worthy of collector attention.

It took me months to track down a carded sample of this figure. It took many more months to finally find one loose and complete. For most of early 1999, this figure was my "Holy Grail", as it were. I am still actively searching for more of them, but I am no longer after carded samples, just loose. I don't know why I like this figure so much. The mold is one of my favorites. I have several each of both versions of Hawk and the 1993 Roadblock that share this mold. The figure can be used for so many different things. I use them as deep sea divers, rescue troops, pilots, and firefighters. They are just versatile enough to be a must have for any collection. Fortunately, not many collectors view these figures that way. The '93's can be had for peanuts and the '94's, when you can find them, won't break the bank. As is the usual with the Star Brigade, the love-hate relationship collectors have with the figures in the line creates an interesting paradox. Not many people bought these figures, but not many people want them. As such, they are hard to find, but cheap in price. Go figure.

The great thing about this figure is that it is completely forgotten about. I didn't even know it existed until late 1998. Most people know of the 1993 version as it is always everywhere. There are times when I hate that version because so many people who claim to have the '94 actually have that one. The '94 Roadblock also suffered from the neon syndrome. Many collectors shy away from these guys. For a figure like this, though, the neon is perfect. This isn't a combat troop, he is an astronaut. The neon orange is what makes the figure unique. The Nitro Viper used the colors as a novelty. This figure uses them as necessity. Anyone who remembers John Glenn's 1999 return to space should take a look at the space suit he wore. Minus the grenades, his uniform was a dead ringer for the one this Roadblock has. If that's not realism, I don't know what is.

Truth be told, this is one my favorite figures in the entire history of the Joe line. There is something just so visually striking about the figure's appearance that it just stands apart when you do see one. The relative scarcity of the figure also makes it something that you don't see everyday: especially when you consider that many who do have this figure have never used him in any capacity. This Roadblock is a guilty pleasure of my collection and I have several of them just for that reason. Like Flint, this is just a figure that I have to have in multiples...even if those multiples make no sense.

The '94 Star Brigade figures are rather easy to find carded. Roadblock, though is one of the three toughest to find. (the '94 Countdown and Ozone being the other two.) He is almost never offered loose, and appears very rarely on the card. It is odd that the '93 figures are so ubiquitous, both loose and carded, and other series one 1994's are as well, but this figure remains relatively elusive. He is not pricey like some of the other '94's are, but can get more expensive than you want since they appear for sale so infrequently. With a little persistence, this figure can be found. Building an army, however, is proving difficult. As with most of the 1994 figures, though, I think this guy will become more available as the years go by. It is easier to find this figure carded than it is loose. Many dealers purchased up excess 1994 Joes when they were clearanced at retail. Those mint on card figures are out there, you just have to track them down. Many loose samples are certainly sitting in collections of people who haven't yet gone to college and been forced to sell cherished childhood items so they can get beer money. Those days will be here soon and I think this figure, and most other 1994's, will begin to appear more often. 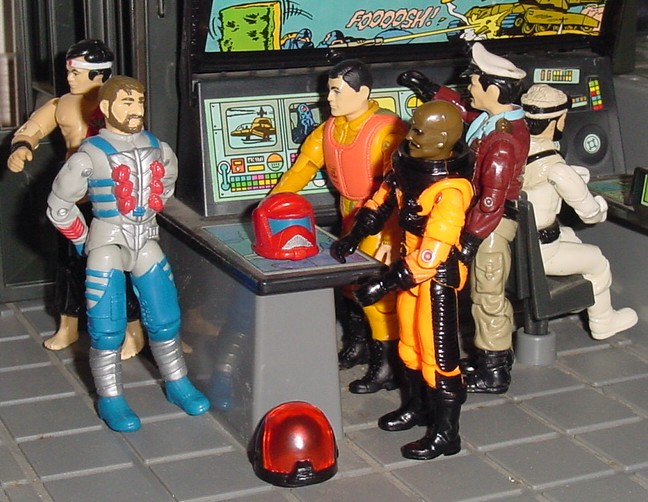 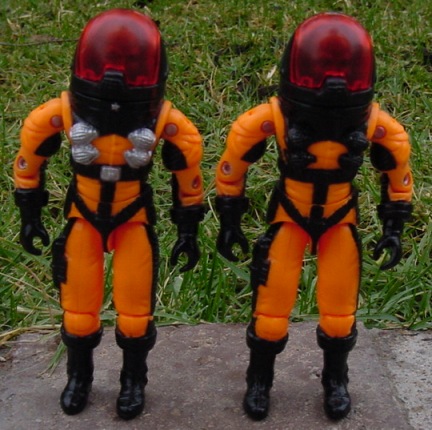 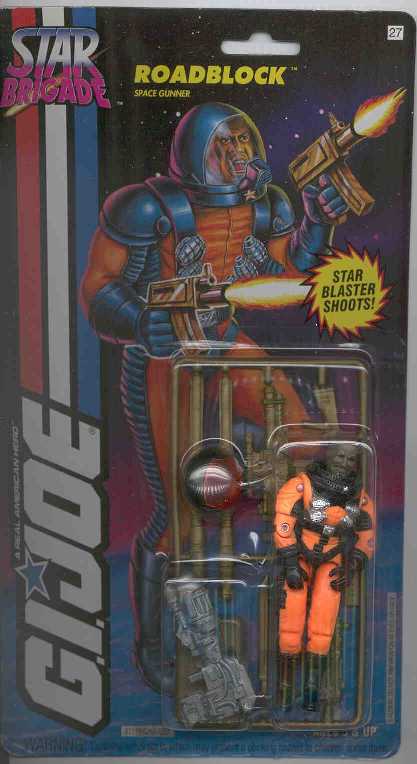