Few characters that were lucky enough to have more than one incarnation were ever improvements. The 1991 Low Light is a notable exception. While the original 1986 version is an excellent figure, this guy takes the character to another level. I sincerely doubt, though, that Hasbro originally intended this to be the same character as the '86. That figure has blonde hair, this one dark. (This figure came out before it was fashionable for males to dye their hair.) I think that Hasbro came up with a great mold that was going to be a night fighter of some sort. Rather than swell the Joe ranks even more, they recycled an old character that had never really been heavily utilized. The result is this figure.

Frankly, this guy rocks. His mold, colors and accessories are all awesome. (The helmet is a bit big, but looks very good with the visor down.) He is just a fun figure to have. His range of use is completely remarkable. The other nice thing is that you don't have to have him complete in order to enjoy him. While the accessories are great and make the figure one of the best produced in the '90's, they are not necessary to enjoy and use this figure. However, the accessories are awesome. His gun is fantastic. While many people are fond of his original sniper rifle, if you take this figure as a different specialty, the weapon works great. The pack with the light is also a cool touch. The helmet and the night vision visor also give this guy a great look. The goatee and painted cammo face also make him perfect for "commando" missions as well as night operations.

When I first got a 1991 Low Light, I thought he was cool, but didn't take him to be anything great. As I started using him, though, he quickly grew on me and became one of my favorite figures. I've used him for S.W.A.T. missions, commando raids, night operations, security forces, and a variety of other things. This is a figure I consider to be "free". He was never used much in the comic, though I don't know about the cartoon. As such, his personality is all my own. It's figures like this that make the line so much fun to play with. You can use the pre-built characterizations, or you can make your own. It's amazing the success you have with a line that actually allows kids to use their imaginations. It's no wonder G.I. Joe lasted for 13 years. (It is also why today's toy lines have a lifespan of about 15 minutes. But, I digress.)

This Low Light mold got a lot of use. After this release, it was repainted in neon for the 1993 Dino Hunters Low Light. It was then released in the ARAHC in 2001, in more subtle blue tones. The head was then used various times for Big Brawler and the arms and chest were used in the Desert Patrol set. Despite all these uses, though, we could still use another, differently colored, version of this Low Light. Done up in a desert or arctic theme, this mold would be welcomed by collectors. It is unlikely to happen at this point, but would be something that was fun to see should the opportunity ever arise.

1991 Low Light's, like many of the other '91's, can be troublesome to find. He came with many small accessories that were easily lost. I've managed to put a complete one together, but only by combining three different figures I bought at three different times in the past year. I don't know why 1991 is such a tough year. Hasbro didn't produce that many different figures in 1991. Plus, those they did produce were of very high quality. There are very few 1991's that are poor or worse. The nice thing, though, is that other 1991's steal the spotlight and help keep this figure at affordable price levels. When you can find them, they won't kill your budget. Mint, complete specimens that are offered for sale by themselves, though, can get pricey. The best way to get this figure is also the best way to get all the '91's, buy them in big lots. You can usually get a large quantity of near, or fully complete figures for about $2.00 - $2.50 per figure if you buy this way. If you're just starting out, this is the only way to go. 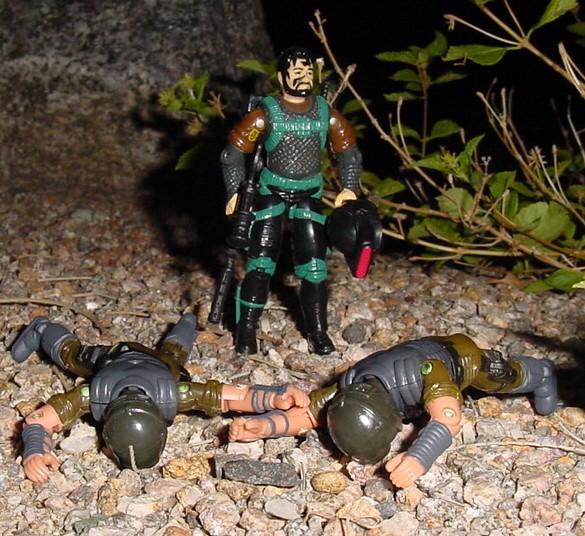 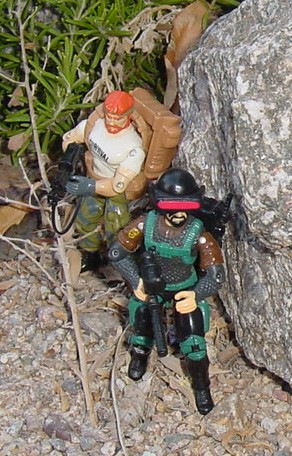 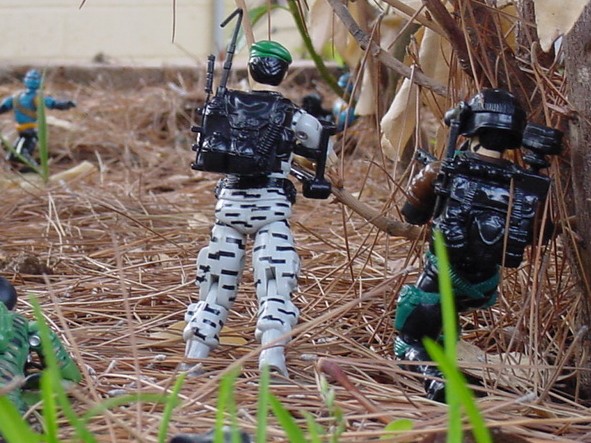 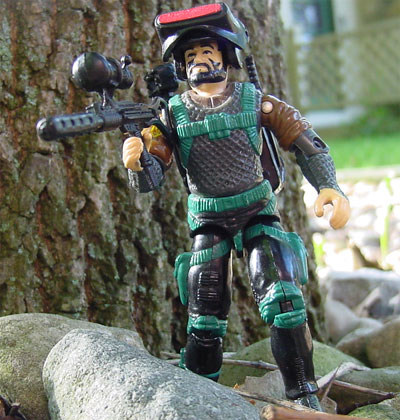 Posted by Robot_Sonic at 5:04 PM
Email ThisBlogThis!Share to TwitterShare to FacebookShare to Pinterest
Labels: 1991, Low Light