Sometimes an accessory does a figure make. This is the case with Bullhorn. The figure isn't all that great, but the gas mask makes this guy a must have in every collection. Like the '84 Ripcord, this figure is about useless if he doesn't have some of his accessories. The mask is a must. The rifle is okay, and the put-together gun from the case pack is a good idea that didn't translate well into the toy. Still, this figure must be had just for the mask. It was an awesome accessory. Had it only been compatible with more Joes, Bullhorn might have reached stratospheric popularity heights. Alas, he did not. Many collectors don't like this figure. In fact, what little attention he receives is usually bad. I don't know why this figures is viewed negatively. He is in very militaristic colors, has a decent sculpt, though his head sucks, and has good accessories. I think he suffers from the dilemma of all the 1990's. He was sandwiched in between two great years that had dozens of figures. There were just so many figures on the retail shelves in the late '80's and early '90's that many of them have disappeared into anonymity.

When I first found places to talk about Joes, this figure's lack of popularity surprised me. How could people not like this figure? I still don't have an answer. The figures released in 1990 are rather forgotten. They came out between two spectacular years and don't receive much recognition from pricing authorities. Many new collectors think, if the price is low, the figures must be common and very poorly designed. This is not the case with most of the 1990's. My youngest brother got this figure after I had stopped collecting Joes. After seeing him, my interest returned and I started to prowl the stores on my lunch hours and actually bought a figure or two. That original Bullhorn met a quick demise. It was only years later that I was able to get another one. I now have about 5 of them. I use them both as trench and tunnel soldiers as well as security officers (riot police).

I think part of the reason Bullhorn is relatively obscure is that he is never shown wearing his mask. Most people showcase Joes sans accessories. As such, you can't get a real idea of what a figure looks like. Without his mask, Bullhorn is awful at best. With it, he is a great figure. I have always hated not having access to pictures of figures with their helmets, masks, etc. on them. Some helmets look great in the package, but look awful on the figure. (Effects, most notably, comes to mind.) Other figures don't look like much, but when they have their full complement of accessories, they are awesome. I have designed my site to remedy this. If someone discovers a figure they would have otherwise overlooked, then my goal has been accomplished. Don't get me wrong, I understand why many sites show the figures without accessories. Those sites also serve as a valuable reference guide. They don't have an agenda to promote a particular figure. I do. That is the sole purpose of Mike's Forgotten Figures.

Bullhorns are rather easy to find. For some reason, he has never caught on in the collecting community. He is a cool figure, though, and is often found in lots. Many kids had him for the mask. He was popular in his day, but his star has diminished as time has passed. This is good, though, as he remains a very cheap figure to purchase. Bullhorns are in just about every lot that has figures made in the early '90's. Even loose, mint, and complete, he is very affordable and you can build an army of them. Since the mask obscures his face, this is a good figure to have more than one of. He is fun to have and looks good in any number of dioramas. I hope Bullhorn remains unpopular. If this is the case, he should stay cheap and remain a good, cool figure beginning collectors can start with.

Since I wrote this profile a few years ago, some things about Bullhorn have changed. While I mentioned that he gets no respect in online collecting circles, that is no longer the case. Bullhorn is now more highly regarded as a figure and is considered an important part of many people's collections. This has greatly affected his availability as complete Bullhorns now command a bit higher price that I originally indicated. My guess is that this is mostly due to the fact that the crowd who grew up with Joe in the late '80's and early 90's has now come of collecting age. In the last 5 years, the collecting conscience has stayed, relatively, the same age. This has allowed different stages of the line to have their time in the sun. The original 13 Joes are now somewhat by the wayside and aren't, usually, held as the pinnacle of Joe's success as they once were. While those figures have historical significance, you now see more collectors who hold affinities for later years of the original line. This is nice as it keeps the overall collecting perspective fresh, but is also frustrating as some previously cheap figures like Bullhorn suddenly become popular and a bit more pricey. As this site has now been online for over 4 years, I've had occasion to chronicle some of the changes in the collecting world. That's why I'm going back to some of these older profiles as info that was correct when I wrote them has now changed. It's been fun for me to see the evolution of the collecting experience. Hopefully, you feel the same.

The Bullhorn mold made a surprise return in 2008 as a convention exclusive figure. However, the trademark gas mask was missing. Still, it was nice to see the figure return. But, once again, his late appearance showed how many molds Hasbro really did have access to. I can only imagine a Bullhorn figure appearing in the Anti-Venom or Night Force sets. Those could easily have been figures for the ages. It is a testament to the wasted potential that the Joe line from 2002 - 2006 really was. Maybe, someday, we will see someone who has a bit of respect for the vintage toys try another line and they will do it right. We can only hope at this point. 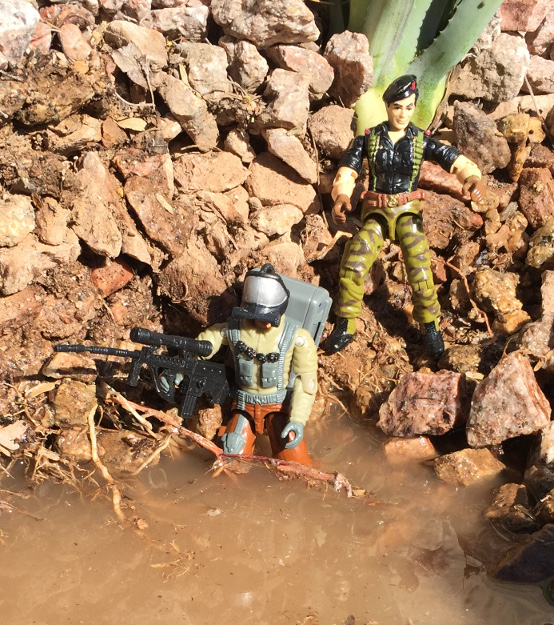 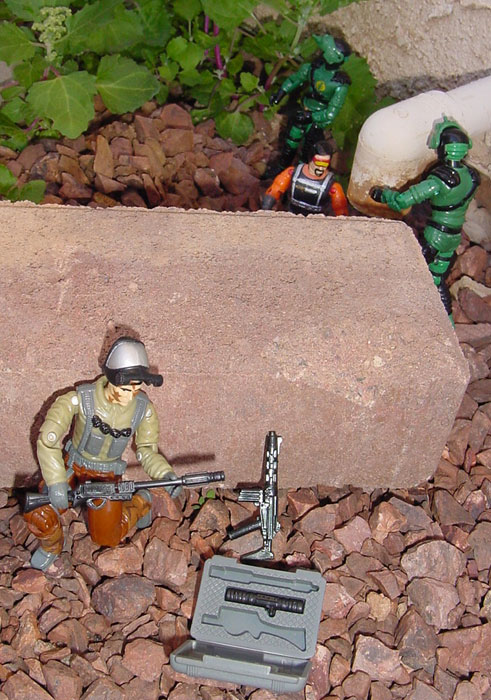 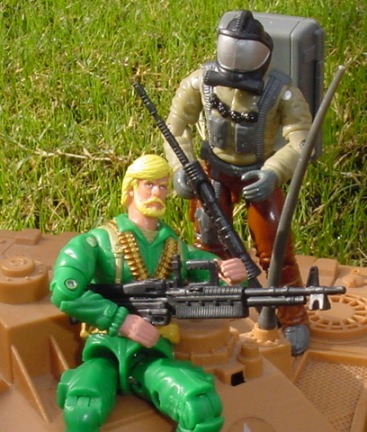 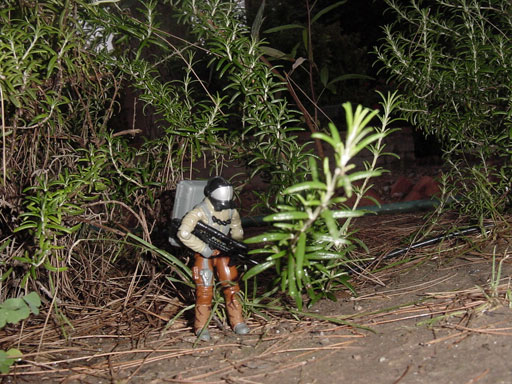 Posted by Robot_Sonic at 1:20 PM
Email ThisBlogThis!Share to TwitterShare to FacebookShare to Pinterest
Labels: 1990, Bullhorn