Alpine is another of the forgotten '85's. He is a figure that would have been one of the highlights of any other year. In 1985, though, he can't even crack the top five, or maybe even the top ten figures released in his year. This is a tragedy, though, as Alpine ranks as one of the best figures of all time. He has great accessories, (Who doesn't love a figure that comes with a grappling hook?) a great sculpt, and realistic color scheme. This guy is awesome. In 1985, I purchased an Alpine long before many of the other more popular figures. My parents had a small hill in our front yard and it made a perfect mountain for him to climb. Alpine became my most popular figure. As such, my original didn't last much more than a year. I replaced that figure, but I couldn't seem to keep his gun around. In fact, I lost my original Alpine's gun in 1985 while playing in my friend's backyard. I got another one, but lost it as well. A couple of years later, we were playing football in that same friend's backyard. I went after a ball that had gone into some bushes and, lo and behold, there was my original Alpine's gun. As the years went on, I lost that gun again. About three years ago, I was sitting at home and reading a book. I happened to glance up at my SnowCat that was on a shelf. I noticed something odd about it. Sure enough, there, in between the top and bottom of the vehicle was my Alpine's gun. This time, I secured the gun away with my Alpine figure and have removed it from circulation. I now have a couple of extras and use the weapon with it's rightful owner.

Alpine was what made the early Joes so great. He was a basic figure without all the hi tech gizmos that plagued the later figures. This made him realistic. This figure could be found climbing just about any mountain. While it was hard to use this figure away from a climbing setting, I know I had immense amounts of fun stringing ropes across my bedroom and having Alpine climb all sorts of things. (Giving him the Crimson Twins rope thingie also made coming down more fun than going up.) Alpine is the basic background figure that makes the entire Joe line so memorable. He may not have the flash and flair of a Snake Eyes or Storm Shadow, but he is a good, playable figure that can be used in any setting.

One of the great regrets of my childhood is that I wasn't more creative with my accessories. There were many times that I did not use Alpine because his rope was too short for my purpose. Little did I know that a quick trip to the hardware store would have solved all my problems. It is nice now, though, that I can take advantage of little tricks like this. It keeps the hobby interesting, though it does cause some lament. Still, I have fond memories of Alpine scaling the hills in my yard as Eels from the surrounding river tried to blast him off the high ground. Alpine scaled the limestone stairs of my grandfather's home in Buffalo and was the Joes' go to man in my other grandparent's terraced yard in Dayton. One of the reasons why this figure remains so important to me is because he could be used pretty much anywhere: and often was.

The Alpine mold traveled the world...well, at least South America. After his release in the US, the Alpine mold was sent to Argentina where he was released in similar colors as a figure named Risco. Subsequent to that, the mold was sent to Brazil where Estrela released it, also in similar colors to the American figure, as Everest. Since then, the mold has been MIA and not been used in any form. It is not known if the mold is lost in Brazil, rotting in India or maybe back in Hasbro's possession but just not available. Any way you look at it, I'd welcome a repaint of this mold. While it was just about perfectly the first time, getting the mold in new colors would add some diversity to the Alpine character and make the figure even more useful.

Alpine is rather easy to find. Getting him mint and complete, though, can be a challenge. His accessories were small and brittle. They were also very cool and got lots of use. As such, they can be difficult to find. Alpine is also starting to climb the price charts. Figures from 1985 are very popular. Alpine is no exception. Since his accessories are difficult, he often commands higher prices than other, more popular figures from the same year. With a little persistence, though, you can track one down without spending too much. He often appears in large lots, though he is starting to get to the price point where you see him for sale by himself. If you're procrastinating an Alpine purchase, I would suggest you stop and just go get one. This is a figure that will continue to rise in price and popularity. High quality samples can still be found for acceptable prices. Now is the time to snatch them up before they disappear. 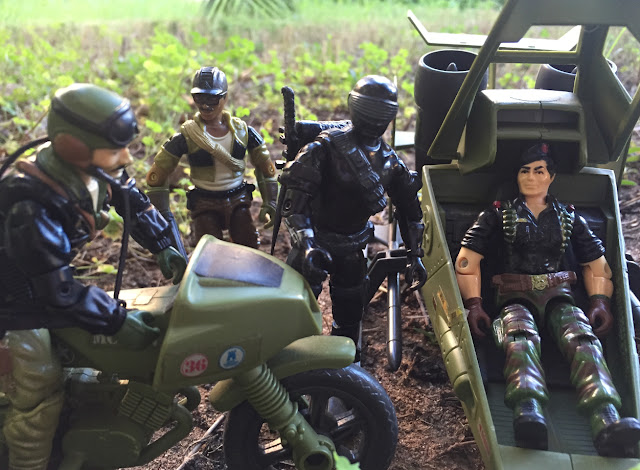 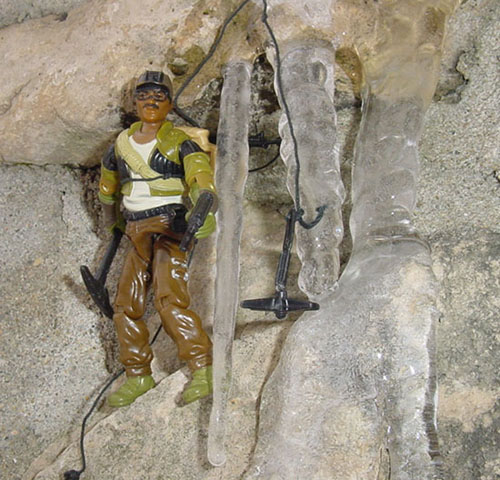 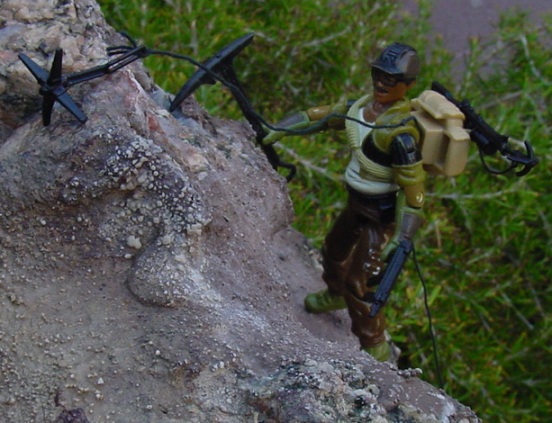 Posted by Robot_Sonic at 1:21 PM
Email ThisBlogThis!Share to TwitterShare to FacebookShare to Pinterest
Labels: 1985, Alpine