Most people know of the Mission to Brazil set that was available in 1986. While many people consider this piece a must for their collection, the figures that came in the set left much to be desired. Of the five, only Wetsuit and Leatherneck really had playable versions. Claymore, the only original figure in the bunch, wasn't much better. This figure isn't very good. They took spare parts, repainted them, and turned them into one of the more forgettable figures from the line. What is sad is that they took a good character, and a great idea and implemented it poorly. (Kind of a foreshadowing of the entire 1992-4 editions.) The arms, head, waist, and legs are great. The repainted Televiper chest, though, makes this figure look not quite right. I never liked figures with open necked shirts. In some cases they worked. In this case, well, you be the judge.

I really liked Claymore, for the two weeks I used him. You will notice that the sample below has a broken crotch. This happened almost immediately after I first got him. The Crotch piece, originally designed for the 1985 Flint, has skinny legs, like Flint's, in mind. The reuse of the fat Dusty legs on this figure ensures that the broken crotch affliction is rather common. As such, it's hard to find a loose figure that is completely mint. This was a fun figure to own. Claymore was cool and his color scheme was very different from other figures of that year. His accessories kind of suck, but they could easily be changed out to make a more combat ready figure. I never used him as a covert operative, but as another ordinary joe. I managed to find some use for him after the "accident" but I never really have been able to use a broken figure. Since I broke him so early on, though, this figure is in otherwise excellent condition. I've always wanted to put together a Claymore from his original parts and see what he looked like. I can't imagine it would be pretty.

While the Mission to Brazil set as a whole remains a holy grail for many collectors, the individual figures are rather forgotten. Claymore gets little press. He was never used in the comic and I don't think he ever appeared on the cartoon. As with most repaints, he is hard to find for completists, but is often overlooked by casual collectors. In my opinion, Claymore is only the third or fourth best figure in the whole Mission to Brazil set. This is pretty bad considering that the set as a whole doesn't much measure up against the figures that were available on the shelf. This was Hasbro's first attempt at bizarre color schemes. The bright yellows and dark and light reds didn't really make figures that people wanted. I think this set's sales were a disappointment as Toys "R" Us did not have an exclusive G.I. Joe boxed figure set again until 1997.

Unfortunately, Claymore is one of the more difficult to find Joes. He is rarely found mint and complete. (This is why I have yet to upgrade mine.) His crotch was brittle and they are often seen in this condition. There are also reports that he came with two different guns. Since the accessories were packaged separately from the figures in the set, though, it's hard to determine if your Claymore has his original accessories. Claymore is rather expensive. Like all the Mission to Brazil joes, he was only available for a very short time at Toys "R" Us stores. Collectors, though, seem to misinterpret his rarity. At the time, Toys "R" Us was filled with these sets. They didn't even sell them out during Christmas, which is the originally marketed season. I don't think this figure is as rare as some people would have you believe. Granted, it is difficult, but there are still many Mission to Brazil packs still Mint in Box out there. The production run, while definitely less than other carded figures, is probably in the realm of many of the vehicle drivers from the $25 and up vehicles of the time. Of course, when you pursue this figure, you're also chasing it's mystique. There are very, very, very few truly rare joes. As such, sets like this tend to get a bit more press than they deserve. When it comes to individual figures, though, many people forget about Claymore. 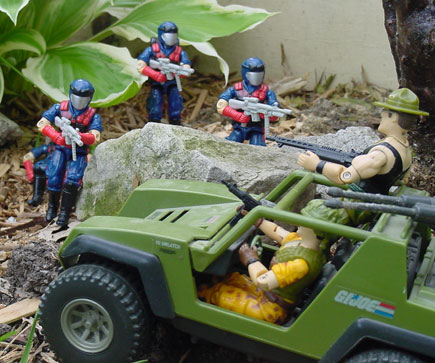 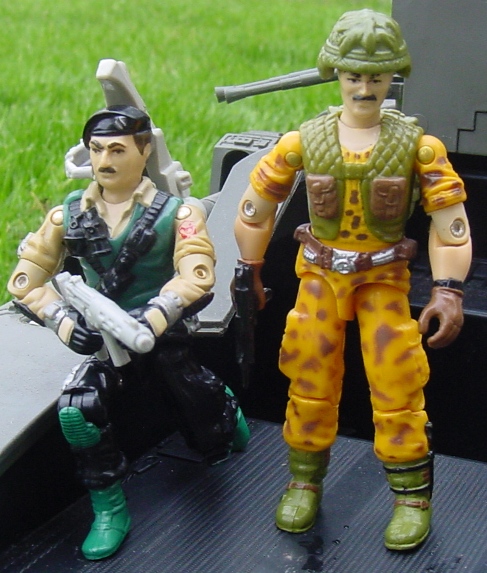 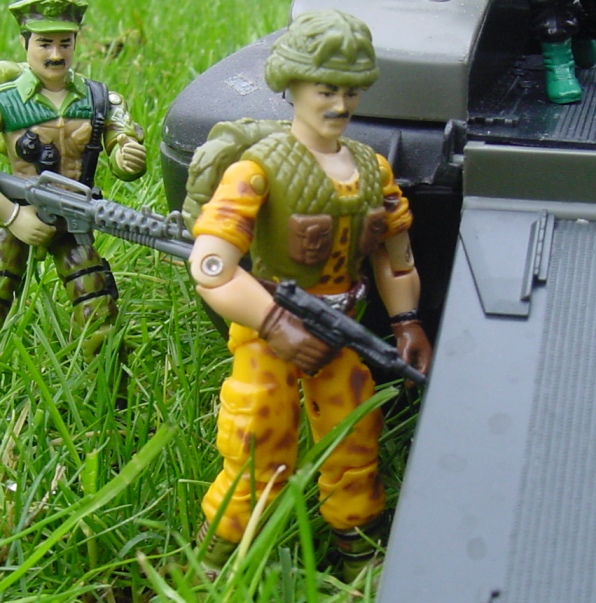 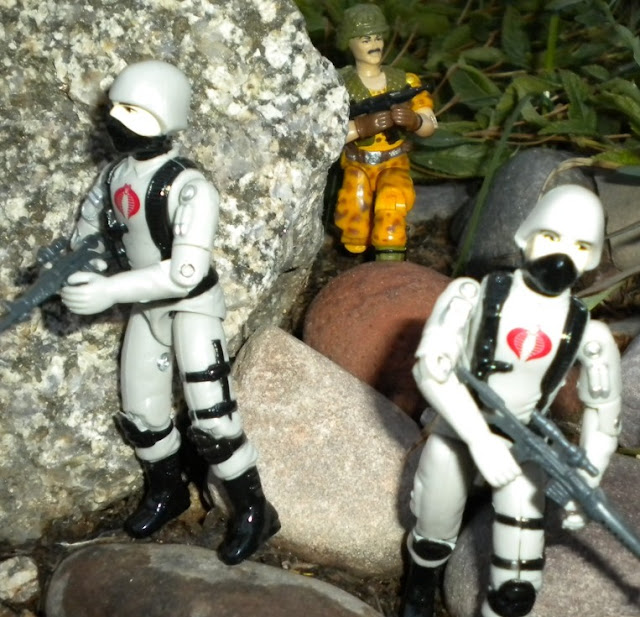 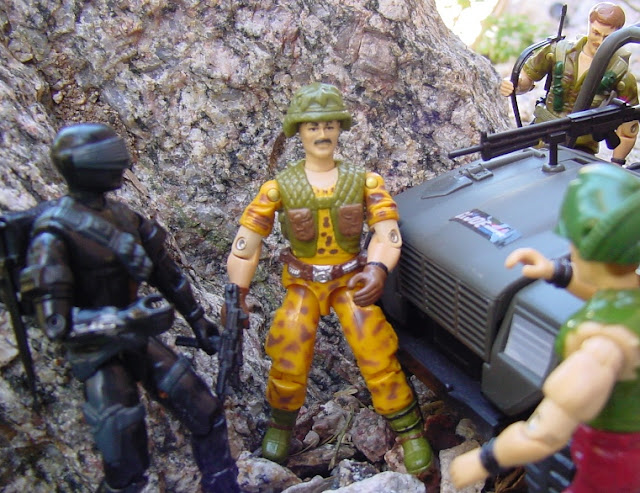 Posted by Robot_Sonic at 1:17 PM
Email ThisBlogThis!Share to TwitterShare to FacebookShare to Pinterest
Labels: 1986, Claymore, Mission to Brazil, Retailer Exclusive