Time brings perspective.  Things that were terrible during their height are often mellowed after a few years have passed.  A great example from the Joe world is the Anti-Venom set from 2004.  When first released, collectors were lukewarm to it.  On the surface, it should have been a hit.  Sure, it had the requisite Duke figure.  But, it also featured molds from Stretcher, Roadblock, Barricade, Mutt and Charbroil.  None of these molds had been seen at retail in some time.  (Well, Stretcher minus the head had been released in 2002.)  The figures had a decent, if uninspired, color scheme, a full complement of accessories and new helmets based on the Steel Brigade.  Really, the set should have been a slam dunk in terms of collector popularity.

But, at that time, collectors were heavily focused on things like army building.  And, sets, no matter how well done, that didn't feature army building components were quickly cast aside.  As such, the Anti Venom set lingered at retail for the rest of 2004 and only finally disappeared after the holidays.  For years, the set languished in obscurity.  But, as time passed, collecting tastes changed.  With army building falling from the sole goal of many collectors, interest turned to many of the figures that had been released during the repaint era that offered something different.  The Anti Venom set achieved that in spades.  So, the popularity of the set has increased, even if the individual figures within have not seen great appreciation in value.  One of the surface gems in this set is the Charbroil figure.  But, deeper analysis spots the issues that many collectors had with this set upon its release.

As a character, Charbroil is an open book. As a figure, he is a forgotten mold whose biggest claim to fame is inclusion in the original Night Force set in 1989.  Beyond that, his flamethrower specialty is something of a bygone era while his mold design simply can't live up to the likes of Blowtorch or even Ice Cream Soldier.  He is caught in the middle of the Joe timeline and his mold shows it.  But, seeing as how collectors had not seen the mold at retail in 15 years and the fact that the Blowtorch mold was gone, Hasbro can be commended for trying something different.  They found an obscure mold, recolored it decently and, subsequently, saw collectors yawn over the release.

Personally, I was no different.  While I liked the idea of the anti venom set, the execution left a lot to be desired.  The Roadblock figure was very well done.  But, the painted heads on the rest of the figures left me wanting something more useful.  So, even today, the Anti-Venom figures rarely see the light of day in my collection.  Of them, only Roadblock and Barricade really get any display with Mutt appearing from time to time.  The Lifeline, Duke and this Charbroil sit in their baggies in a plastic tub.  Maybe, someday, they will come out and be put on display as a vehicle crew or manning an HQ.  But, until then, they remain unused, forgotten and unappreciated.

Charbroil's accessories are decent.  The flamethrower is well detailed.  But, it appearance with figures like the Shock Viper made it seem less unique to Charbroil than it was when first released.  His backpack is large and detailed.  Missing, though, is the lenticular hologram that was part of the original figure and the Night Force release.  It is a small detail.  But, it added substantial depth to the original pack.  (Though it is a good way to differentiate a hard to find vintage Night Force backpack from an easy to find Anti Venom version.)  The hose to connect the pack to the weapon, though, fails.  Instead of using flexible plastic that would have allowed the hose to have some natural look, Hasbro used rigid plastic.  The result is that the hose is basically unusable.  If you look at the photo below, you see the hose straight out, as inflexible as the day it was opened.  This is due to the plastic and further reduces the usability of the Charbroil figure.

As a concept, the Anti Venom set made great sense.  A group of specialized Joes to fight the Venomized Cobras.  Even taking away the character choices as not the best for this speciality, you are still left with a group of figures that had not been, for the most part, recently released.  The set featured mostly original accessories for the figures.  And, those who had updated accessories had acceptable choices.  But, the set suffered from some major issues.  First was the fact that the figures had painted heads.  Prototypes of the sets included figures with flesh colored head molds.  For whatever reason, this was changed to the painted heads in production.  The result are heads that are easily chipped, worn or damaged.  When you add the fact that each figure (except Lifeline) included a helmet, the set was designed to ruin the figures in it.  The helmets were the second issue.  While the Steel Brigade inspired helmets have their merits, the reality is the the original Mutt, Barricade and Charboil figures all included distinct helmets.  Replacing these with the generic Steel Brigade stripped the Joe characters of their personalities and reduced them to nameless army builders.  This struck at the essence of Joe.  Joe is about character.  Take that away and the line has little to differentiate it from most other toylines from its vintage days.

The Anti Venom set's most compelling claim to fame is that it had two sets of unproduced variants.  The first set of variant figures were cast in a very dark blue color scheme.  It's likely that this palette was too close to traditional Cobra colors.  The next take is a light blue set.  Again, this was abandoned and Hasbro finally released the colors you see below.  Both of the dark blue and light blue sets were available from Asian Joe sellers, though.  The dark blue sets are extremely rare and will cost a substantial amount.  The light blue sets are much more common.  A light blue Charbroil will likely sell in the $40 - $60 range.  So, if you're in the market for something additionally different for Charbroil, these unproduced figures are a great way to get more takes on the character.

Anti Venom sets have gotten somewhat popular in recent years.  Mint and complete with filecard sets have sold for as much as $50.  Individually, the figures are a lot harder to find than they were a few years ago.  But, prices aren't terrible.  Charbroils tend to sell in the $5 - $6 range when offered by themselves.  That's not a terrible price by any means for the figure.  But, it is still Charbroil and with the figure's shortcomings, I still wouldn't consider this a must have figure by any means.  As part of a broader set of figures, the inclusion of an obscure character like this is fun. The figure isn't perfect and has substantial shortcomings.  But, Hasbro should be lauded for at least trying something different. 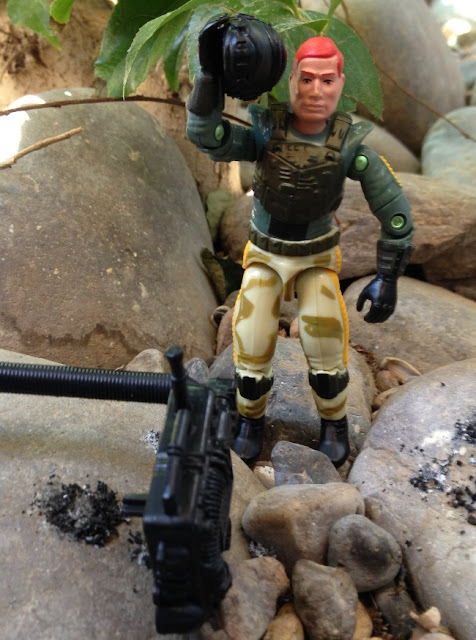 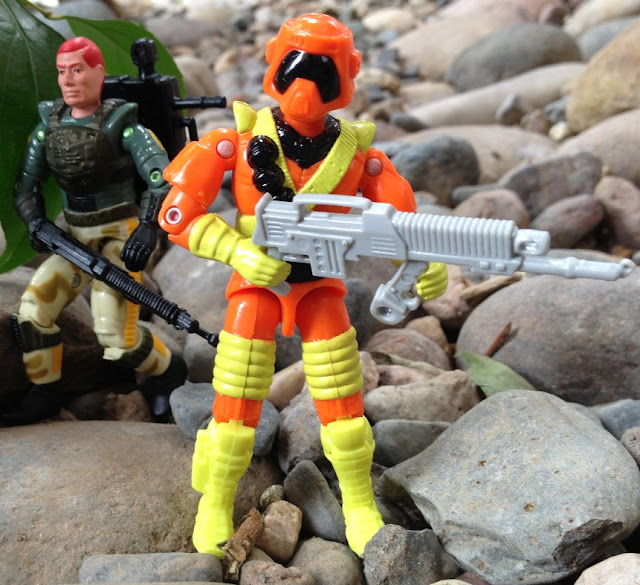 Posted by Robot_Sonic at 9:34 AM
Email ThisBlogThis!Share to TwitterShare to FacebookShare to Pinterest
Labels: 2004, Anti Venom, Charbroil, Retailer Exclusive