As a kid, Budo was not a figure that I owned.  While my youngest brother got most of the 1988 series of figures, he didn't get a Budo.  From the card art, I wasn't overly interested in him.  But, then, he was in a fun issue of the comic where he's training to be a Joe.  I thought the character was OK.  But, never really thought about Budo again.  At some point in the 1990's, though, I acquired a complete Budo.  I stuck him on a shelf in my room, guarding some succulents and a weird temple incense burner I owned.  I liked the look of him and gave him Zanzibar's spear to augment his weaponry.  So, when I found another at a flea market, I bought him to give my temple a pair of guards.  These Budos stayed put until I moved out for good in 1997.
That idea of Budo as a guard, though, stuck with me.  And, in my early Joe collecting days, I army built Budo figures.  Sadly, by the time the Funskool version was readily available in the US, I could only afford to army build a couple of figures and I focused on the Cobras.  But, knowing that this Funskool Budo included a grey sword, though, was enough to sway me to actually buy one at a time when I was extremely judicious in my figure purchases.  He joined my Budo army and got use in maybe one picture.  Then, he was packed away and never really did anything more.  The notion of a Samurai army wore thin and I sold all my excess Budo figures away.
A few years ago, though, I found the old Samurai Jack cartoon.  I really enjoyed the world building that was done in that endeavor.  Now, I see Budo as something similar.  He's a lone wanderer who fights for the side of good.  He doesn't look like much when facing a modern army.  But, he has his moments and his creativity and capability usually lead to much better results than you'd expect.  The notion of this loner warrior has existed in my collection for a long time.  Usually, it was reserved for martial arts themed figures.  And, Budo fits that motif.  The fact that his sculpt is something completely different really helps set him apart from a military figure and allows him to fit into a less structured narrative with ease.

The calling card of the Funskool Budo is the accessories.  While he includes the same complement of gear as the American figure, there is one important difference.  The Funskool Budo's sword colors are swapped from the American release.  So, you get a red scabbard and a silver sword.  So, by combining them, you get one Budo with both a silver scabbard and a silver sword.  In the days when Budo was a $4 figure, it made perfect sense to just buy one to get the sword variants.  Along with that, you get a helmet, sai and backpack that can hold his gear.  The helmet lacks the paint details from the Hasbro figure.  But, it still works well enough.
Budo was released for a good while in India.  And, he was one of the select figures who reappeared during a short Funskool production window in 2009/2010 to support the G.I. Joe movie release in India.  He was also released on a Russian card around 1998 or so.  If you check Budo figures from these various releases, they all have slight color differences with both plastic and paint.  Funskool has thousands of unintentional variants that occur just from differences in shading in the batches of plastic or paint.  So, you can go mad trying to track them all down.  But, usually, you can find the biggest differences across different releases.  So, the 2009/2010 figure will be different from those from the early 2000's and will also likely have slight differences from the Russian figure.  So, you can focus on those three first and then spend the remaining days of your life finding additional nuances.
Budo had only a few uses.  After the 1988 release, he got an odd repaint as a 1993 mail away.  The character of Budo was supposed to return in the Ninja Commandos in 1995.  There might have even been variations of his color scheme.  But, those figures were cancelled.  Fortunately, Budo's Ninja Commandos sculpt was used for the Mortal Kombat Movie Shang Tsung figure.  Budo was then shipped off to India.  Aside from the various carded figures, parts of the figure appeared in several promotional releases, often in exclusive color schemes.  His head even appeared on a Quick Kick body that made one of the stronger Funskool promotional figures.  Hasbro did not get the Budo mold back and it's likely still in India.  It hasn't been used in over a decade.  But, if it still exists, I'd buy another Budo repaint.

Funskool Budo wasn't overly popular during the heyday of Funskool imports.  As the figure was very similar to the American figure there was little reason for many collectors to pick one up.  That malaise from the time has carried over and you don't see Budo as often as you do more popular figures like the Cobra army builders and major U.S. characters.  But, he's still fairly available and not overly popular.  You can get carded figures for around $20 if you are patient and act quickly.  But, the more common price is $30-$40.  The 2009/2010 variants tend to go a little higher as they were imported in far fewer quantities than earlier releases.  As American Budos tend to run in the $15-$20 range for a nice version, the Funskool release isn't too more expensive.  But, spending $40 or $50 to get a good figure with all silver weapons now seems like folly.  If you like Budo, though, the Funskool version is kind of a must own since it's a slightly different look for the character and you can still find them. 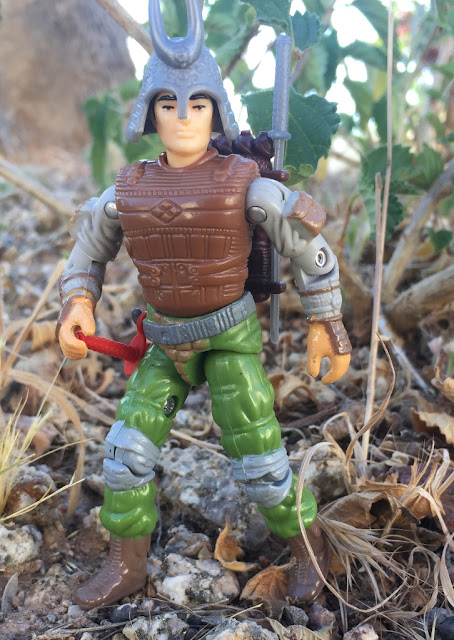 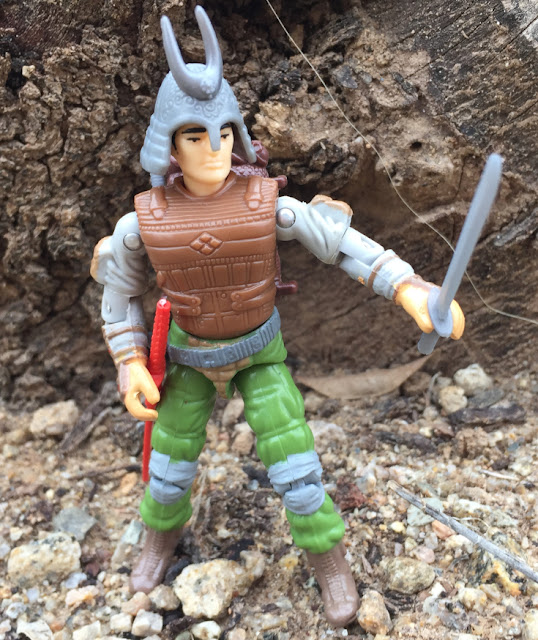 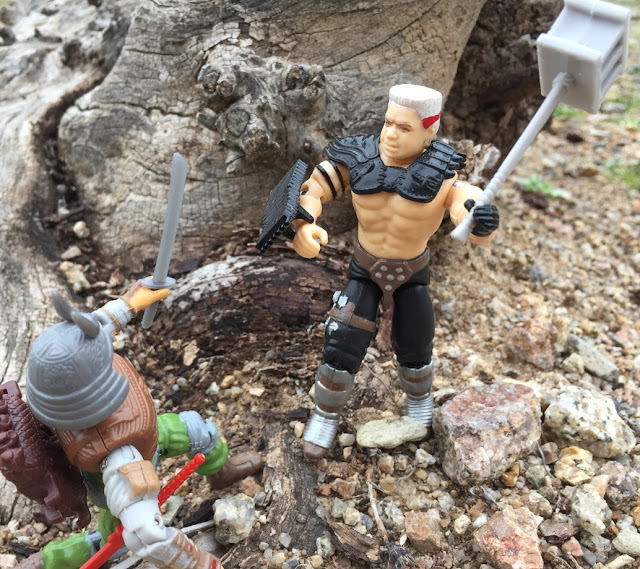 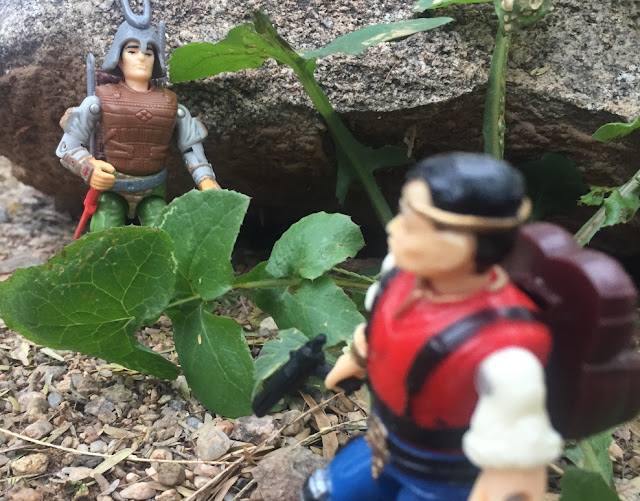 Posted by Robot_Sonic at 1:14 AM
Email ThisBlogThis!Share to TwitterShare to FacebookShare to Pinterest
Labels: 1988, Budo, Funskool