Tunnel Rat is easily one of the most popular figures in the Joe line.  He was released in the key Joe year of 1987, is an amazing sculpt, has excellent accessories, if colored near perfectly and has a likeness based on the father of the G.I. Joe mythos: Larry Hama.  Through the years, many other Tunnel Rat figures were released: pretty much all of them excellent in their own right.  Tunnel Rat was even given two international releases.  The Funskool figure, our subject today, features a paint scheme that is based on the 1990 Super Sonic Fighters Tunnel Rat, but is much brighter and more vibrant.  It's hard to see this as anything other than the worst Tunnel Rat figure.  But, the bright colors and excellent highlights give him a Funskool-chic that makes this figure a fun release to own.

Colorwise, Tunnel Rat is Funskool at its finest.  You get a powerful red shirt that announces the figure straight away.  It's offset by brown pants and darker red shoes.  The figure sports a odd brown bandana and gloves.  The chest, though, pops with a neon green grenade and offsetting silver and grey accouterments.  The figure is Funskool through and though.  (There is even an extra blob of yellow paint on Tunnel Rat's exposed chest/neck.  I don't know why, but it's there.)  However, the quality of the paint, the vibrant details and the appearance of a few useful colors all add up to a figure that should be terrible: but isn't.  Tunnel Rat is bright.  But, he fits in with other Joes from the 1980's since he features all of the painted details.  Funskool didn't try too hard (like Hasbro did with their 2000's era Tunnel Rat figures) but also was true to the spirit of the figure and produced something that's visually striking without being too over the top.

Funskool Tunnel Rat's gear is OK.  He includes a black version of the classic 1987 Tunnel Rat rifle.  This is great as it's the only weapon I associate with Tunnel Rat and helps to distinguish him from other versions that are missing his signature accessory.  He also includes a brown version of the Night Viper backpack.  It makes more sense for a tunnel specialist than the huge honkin' backpack from the original figure.  I'm not a huge fan of Cobra gear being re-purposed for Joe.  But, I give leeway for foreign releases.  Though, the technical look of the pack doesn't match Tunnel Rat, even if the color o the back is a nice match.  That's the extent of the gear, though.

For me, Tunnel Rat has always been the Joe team's light machine gunner.  As the 1987 figure was acquired during the height of my late childhood, he is both a sentimental and realistic favorite.  I've never had a burning desire to acquire more Tunnel Rat figures because the original version fulfilled my needs for the character and was useful in all situations where Tunnel Rat might be needed.  The Funskool version, though, is a useful addition to a vehicle crew or as a splash of color when I want a different look for a classic character.  I like the idea of the Super Sonic Fighters Tunnel Rat.  But, his muted, darker colors don't always translate to a photo or scene.  In that capacity, this Funskool Tunnel Rat excels and is able to be visually appealing and interesting without distracting like some of the brighter Funskool figures are wont to do.

Tunnel Rat got a lot of use.  In the vintage line, there was the 1987 original figure, a 1988 Night Force release and then a 1990 Super Sonic Fighters version.  All three of these figures are very well done and there isn't really a bad version of Tunnel Rat.  Hasbro then produced a Tiger Force Tunnel Rat that was exclusive to Europe.  Funskool acquired the mold and started releasing Tunnel Rat in the late 1990's or so.  They made him for years before returning the mold to Hasbro.  Hasbro then released a Night Force Tunnel Rat in 2004, a desert Tunnel Rat in late 2004 and a comic pack version with a new head in 2005.  There's plenty for a Tunnel Rat fan to collect and he exists in most of the major sub sets.  Tunnel Rat is a figure who Hasbro used well and left us wanting for little.

So, when I decided to profile this figure, I figured he was just like all the other Funskool figures of his era when it came to availability.  While he was likely no longer a $4 figure, I assumed a carded version would run around $20 or so.  Then, I went to look him up and found something shocking.  Aside from the fact that there were very few of them that sold, the prices were insane!  A carded version sold for over $200 at open sale.  There was another carded figure that sold for a buy it now for $100.  What happened?!?  Tunnel Rat was no more rare than any of the other Funskool figures of the early 2000's that were imported to the U.S. by the thousands.  Why does he now fetch stupid money while other, better repaints are available for $20?  It makes no sense to me.  But, there are simply tons of new collectors who were not around in the early 2000's when these guys sat unsold at every online dealer who could drop a few hundreds bucks on their Amex card with a reseller in India.  So, there is very much a false sense of rarity with many of the Funskool figures of this era.

Along with all the carded Tunnel Rats that were brought over, there was also a huge amount of bagged vehicle driver Tunnel Rat figures that were sold by some dealers for $1 each in 2003 and 2004.  Funskool returned the mold to Hasbro in the original batch of 18 molds in 2003.  Before they sent it back, Funskool ran a huge quantity of bagged figures.  As these were 2003 releases, they are the best quality figures and may be a cheap option for the highest quality figure...if you can find one.  I, personally, like this figure for his oddity.  It's a high quality Funskool release and gives Tunnel Rat something a little different than his darker and more drab releases from Hasbro.  But, there's no way in hell I'd pay more than $6 or $7 bucks for one.... 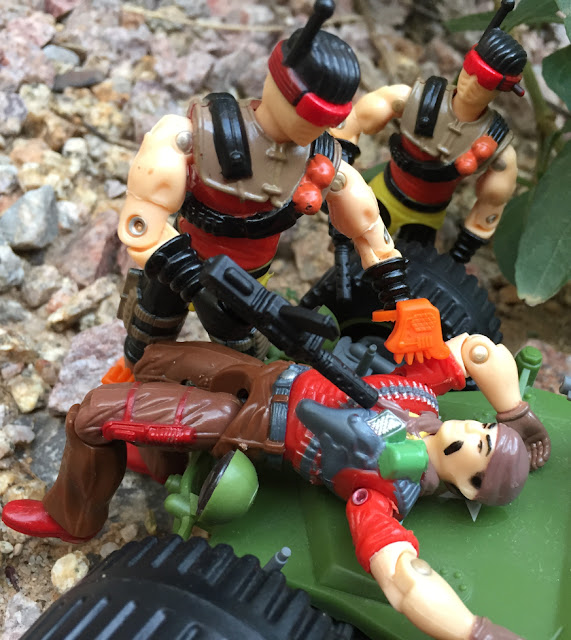 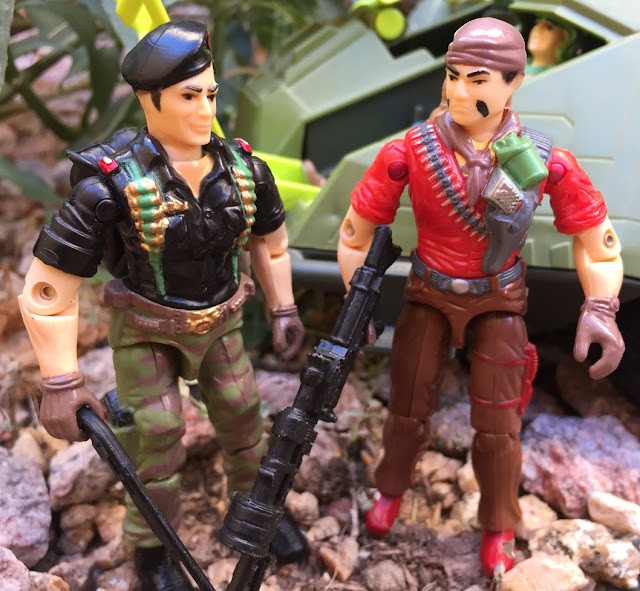 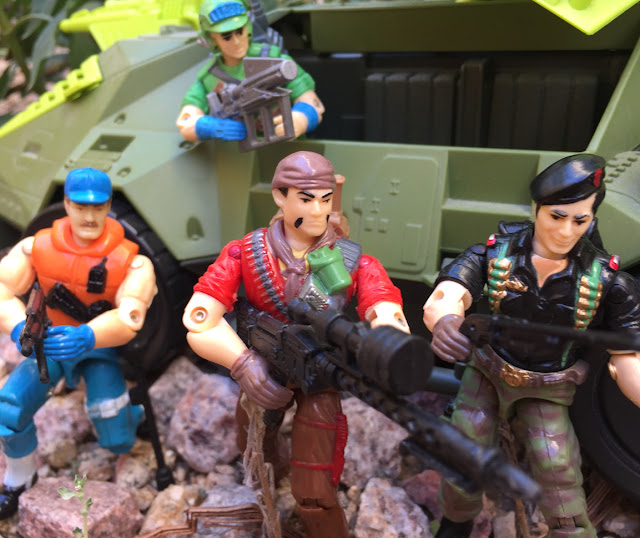 Posted by Robot_Sonic at 1:30 AM
Email ThisBlogThis!Share to TwitterShare to FacebookShare to Pinterest
Labels: Foreign Figures, Funskool, Tunnel Rat