In late 2004, Toys R Us released the exclusive 6 figure Desert Patrol Squad set.  Featuring Stalker, Snake Eyes, Dusty, Ambush, Gung Ho and Tunnel Rat, the set was fairly well received and pretty much disappeared from retail during the Christmas shopping rush.  The set had some great figures, some boring figures and some terrible figures.  But, with under 17,000 units produced, it didn't languish at retail like the 2005 sets would.  Like most of the Toys R Us sets of that era, though, the Desert Patrol Squad had a set of variants.  The most famous, of course, is the Caucasian Stalker figure.  But, the rest of the set had equally difficult variants, even if they were not as pronounced.


The first figure is the race changing Stalker figure.  I've covered it in depth a few years ago.  Note the blonde hair.  The other change is the leather-brown highlights.  This will repeat itself on future figures. 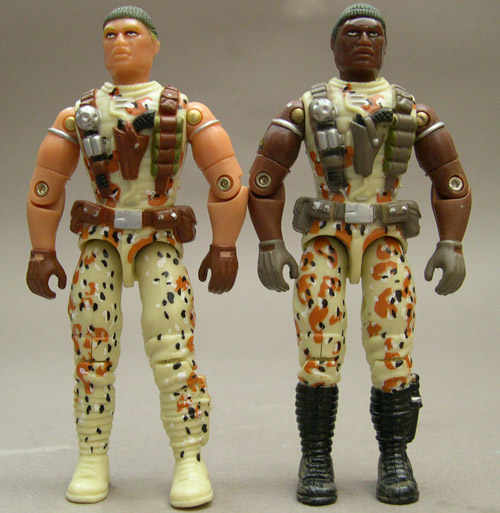 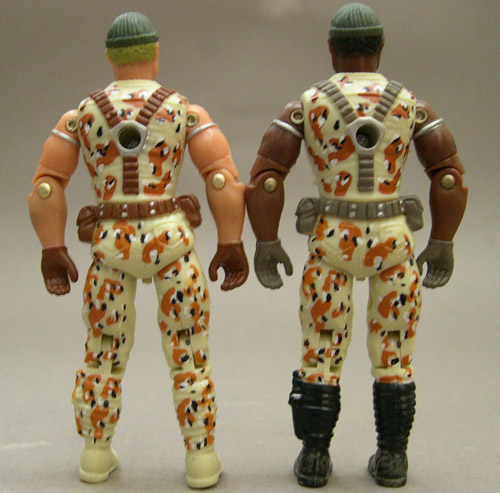 Next up is Ambush.  At the 2004 G.I. Joe convention, this Ambush figure was shown in full body desert cammo where his upper body matched his lower.  This was, likely, a hand painted sample as full production versions of the figure will the full body brown and tan has not been seen.  But, the figure below does have differences from the production version.  Basically, it's just the leather colored bandolier and belt.  Not overly exciting, but still unique.  I think it gives the figure more depth.  But, the figure generally sucks, so even this small improvement does little to help it. 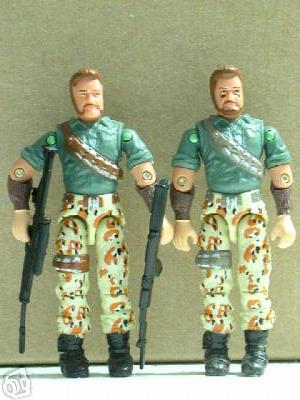 Next up is Snake Eyes.  Again, the unproduced figure features the leather colored highlights.  With more surface area changed by the leather, the Snake Eyes does appear substantially different than the production version.  He also sports different colored goggles.  In the case of Snake Eyes, I'm not sure which version I actually prefer.  The production version is fairly strong and fits in with the desert motif.  The unreleased version, though, has a richer color palette that gives the figure a bit more texture.  Really, I'd have liked either version were it released and would not have minded both variants having made their way into production. 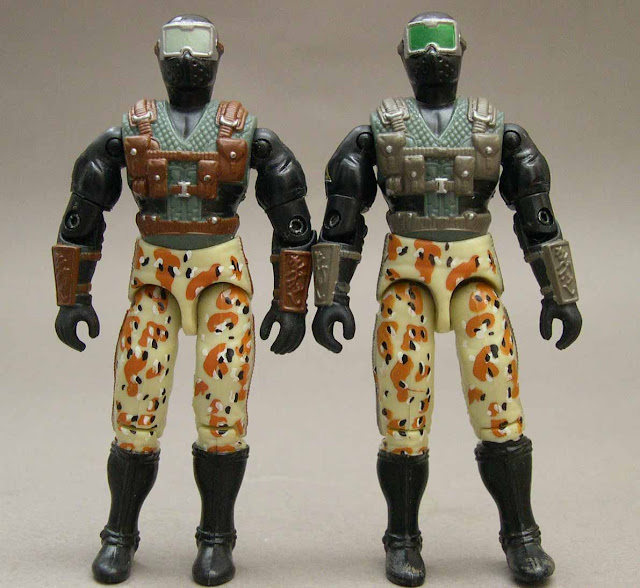 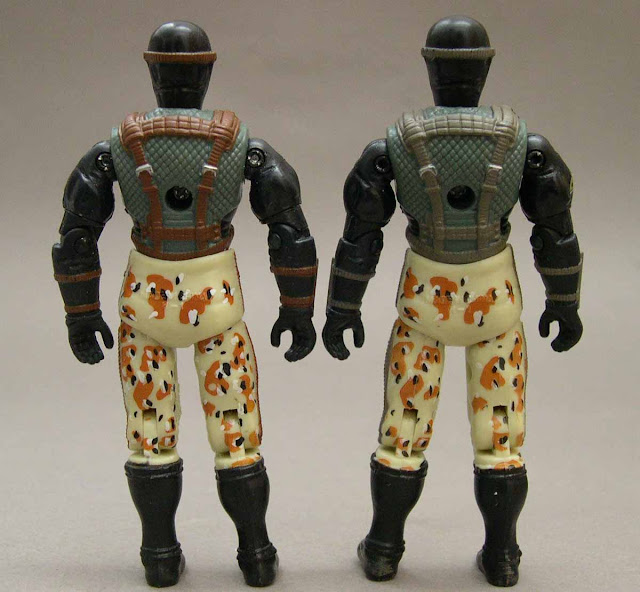 The final figure is Tunnel Rat.  Here, you see a slightly brighter green grenade on his chest and the richer browns on his straps, belt and holster.  For Tunnel Rat, I actually prefer the brown on the unreleased figure to the released version.  But, the figure is generally not all that good, so it's kind of a moot point. 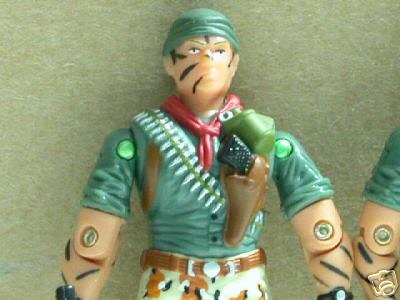 We know that the Gung Ho figure had a production tattoo size variant.  But, like these other four figures, there is also a version in the leather brown.  The same goes for Dusty.  I lost the photos of them many years ago.  But, the entire set has the subtle differences.  As the color changes, aside from Stalker's race, were slight, they were lost in the more flashy changes to the Anti Venom, Urban Strike, Night Force and Wal Mart figures.  But, these variants are out there, waiting for the enterprising collector to track them down. 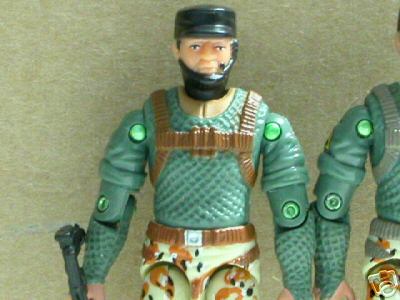 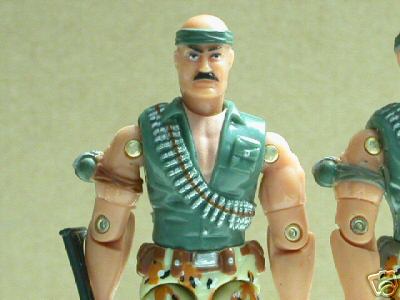