I swear I profiled this figure.  I have photos of him from the 2007 or so timeframe.  I recall writing up something about him.  Yet, I have no record of ever completing a profile of this Zartan release from 2005.  I'm not sure how that happened.  Usually, I keep good records of my drafts and incomplete writings.  But, this one slipped through the cracks.  I do recall that, nearer the time of his release, my view of the figure wasn't strong.  The idea behind this Zartan was good.  But, the execution was lacking.  In hindsight, though, my stance has softened.  That's likely a function of the fact that Hasbro never released another Zartan and this figure's days as  peg-clogging clearance fodder are long behind it.

The Comic Packs were an idea whose reality never achieved the promise of their intent.  While they were meant as a way to get cool updates of classic characters in vintage styles, the reality is that the Comic Packs produced a line of barely different, and often inferior, repaints with terrible gear and questionable figure inclusion.  Despite that, I can't overly fault the #74 pack for its figure mold choices.  While Zartan seemed overdone in 2005, much of that was recency bias.  We had only two releases of Zartan in the vintage line: one an alternate construction Ninja Force figure.  We then, though, saw Zartan 4 times between 2001 and 2005.  (The horrible 2001 Zartan, the excellent Funskool release, an uninteresting 2005 convention release and this comic pack figure)  And, that was just in vintage form.  For a character as important as Zartan, this isn't a lot of releases, especially when you consider the plethora of Snake Eyes, Duke, Cobra Commander and Viper figures that Hasbro keep regurgitating.  But, in such a short time, it seemed like a lot.  When you consider that only one of them (the "Tiger Force" convention release) was really all that different from a coloring perspective, you also see the overkill of the same look for a character over and over again.

The primary difference between this Zartan and the original figure is the comic book coloring.  The dark, maroon pants and cowl and replaced with brighter, more comic accurate colors.  The upside is that they neither detract from the original nor impede the update.  The colors both work, despite their differences.  The figure's chest and knee pads are solid grey plastic.  But, don't worry, they are as brittle as ever.  And, the knee pads stay on the figure no better in 2005 than they did in 1984.  The real difference, though, is the newly sculpted head.  Zartan's face is thinner and grittier.  I've always felt the original Zartan head had a bit of an otherworldly appearance.  This comic pack head removes that.  The face paint is more drastic and covers more of Zartan's countenance.  And, the cowl is much larger and covers more of the figure.  I like the new cowl as it looks more natural as an accessory than the original.  You definitely know Zartan's a weirdo.  But, the head is bizarre in a different way than the 1984 rendition.

For me, this figure is just kind of there.  It's very nice to have a cheap, decent Zartan figure available to me.  And, since this figure doesn't change color, you can take him outside for pictures without having him turn a bluish hue.  The design is close enough to the original that you neither gain nor lose anything by choosing one over the other.  That being said, though, all being equal, I'll choose the 1984 Zartan every time for a photo.  I just don't think of this figure all that often.  He's another of the bland comic pack releases that isn't memorable for anything other than how not memorable he is.  It's a fine figure.  But not one I need or even think that we're lucky to have.  He's not bad.  In fact, the figure, on his own, is quite good and is one of the highlights of the comic pack line.  But, he's not different or all that interesting, either.  It's a telling sign for both this Zartan and the comic pack line as a whole.

Comic Pack #74 was in the first wave of DTC Comic Packs that was originally only available from online toy dealers.  The DTC Joes were dead on arrival and clogged the storage shelves of these dealers for years.  Hasbro had to deeply discount the overstock and sell it Toys R Us for them to sell in their stores.  But, that only added to the problem since collectors could bypass expensive shipping and get all they wanted of the figures at local stores.  Online stores were force to clear out their stock with attractive sales prices.  The final sets finally selling out from Hasbro Toy Shop after they were reduced to $4 per pack for several weeks.  This lead to massive quantities of the figures on the secondary market.  Most collectors taking advantage of the clearance bought the packs for extra "Fred" heads.  So, they sold or traded their extra Zartans away: leaving a large surplus of figures on the market.  Even customizers got their fill of cheap Zartan bodies since many had already stocked up on extra Funskool Zartans that were also getting clearanced out at the time.  For nearly a decade, Zartan was a staple of unwanted Cobra command  figures of the early 2000's era.  He joined the 2001 Destro, 2000 Major Bludd, pretty much every Firefly and even the Comic Pack Zarana as a member of the Cobra hierarchy that simply no one wanted to buy.

Everyone wanted Zartan's original accessories.  His unique pistol, opening pack and false facemask were '80's toy icons.  But, all were missing on the 2001 release.  The Funskool figure that appeared later that year brought the mask and the pistol (though in an accessory pack like red color!) to the community.  But, all the Hasbro uses of the mold post 2001 were missing this classic gear.  (Yet, oddly, Zartan's chest and thigh pads were available.  But, as they were translucent plastic in 1984, they were likely on a different mold than the rest of Zartan's gear.)  But, Hasbro did OK with this Zartan figure.  Rather than get a gun and the disguise of his character's origins, Hasbro included a compound bow, quiver and arrows to showcase Zartan's archery skills that were fleshed out in comics after his original introduction.  The gear looks good with Zartan and brings a different era of the character's arc to toy form.  So, it was one of the rare replacements of original gear in the comic packs that both made sense and really worked well.

But, the late 2010's have brought about a Joe resurgence.  Usually, these last for just a short while.  And, they often result in new collectors overpaying for relatively recently released Joes about whom they have a false perception of rarity.  When this happened in 2001-2003, 1997 and 1998 Joe figures commanded a premium from collectors who had just missed them at retail.  15 years later, figures from these years sell for less (in real dollars!) than they did in the early part of the century.  Due to low supply, dealers routinely sell this figure for $20.  But, here's the rub.  If you can find a carded set left to the open market, it will rarely break $20.  And, you get the excellent Fred and a passable Zarana for the same money.  This Zartan alone will only sell for about $5 if you need to sell one today.  But, low availability leads to more dealer sales and a false sense of this figure's true value.  Personally, getting for $3.33 at retail seemed like a lot.  Getting them for under $2 per figure was better.  But, this figure isn't something I can't do without.  Original Zartans are far easier to find and worth the premium you'll pay over this release.  Even the Funskool Zartan remains so, too.  So, unless you find a cheap one, I'd let this Zartan go. 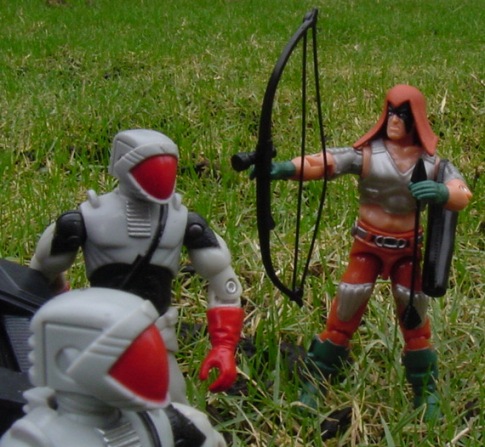 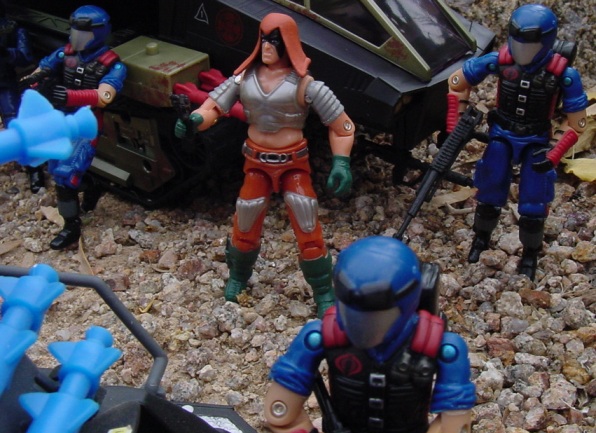 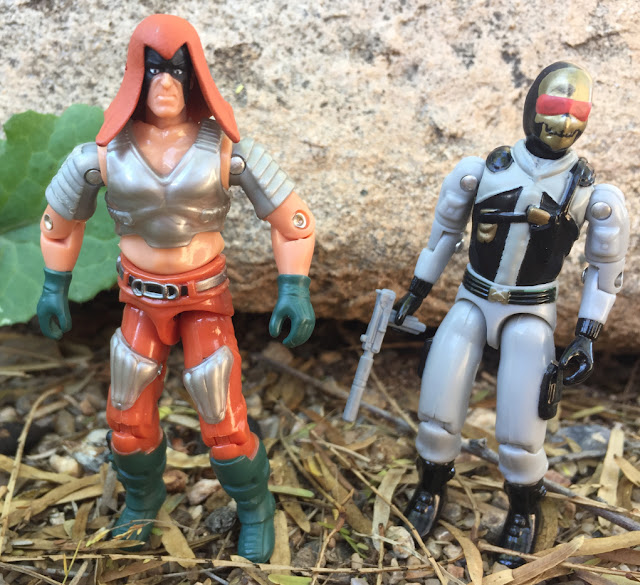