At the time of his release, the 1997 Destro figure was relatively derided for being the wrong mold and the wrong colors.  More than two decades later, though, this figure holds up pretty well and his chromed head is now a relic lost to time.  I've found this figure has grown on me and is one of my go to Destro figures.  There's not a lot out there on this figure, but here's what I found around the web. 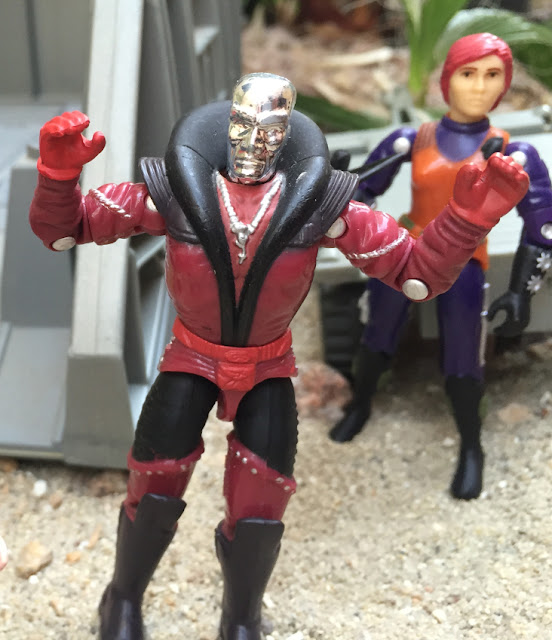 Posted by Robot_Sonic at 2:44 AM
Email ThisBlogThis!Share to TwitterShare to FacebookShare to Pinterest
Labels: 1997, Around the Web, Destro, Retailer Exclusive