Early 2000 was a fun time to be a Joe collector.  The line was starting to gain new collectors at a good pace that made the community exciting, but not overly dramatic.  Vintage Joes were plentiful and insanely cheap: most still going for less than retail prices had you bought them in the '80's.  You could find toys online, at toy shows and even at garage sales.  There wasn't much new going on.  But, the influx of new collectors kept discussion brisk and the community fun.  In May of that year, though, things changed.  Hasbro surprised everyone with the announcement that G.I. Joe would return to retail stores in the fall.  Collectors suddenly had new toys coming and the community was abuzz over the possibilities.  Shortly after the announcement, the first figure samples were shown at a toy show.  The figures were good.  But, not great.  Collectors lamented a few of the mold choices (we didn't yet understand Hasbro's reticence to actually look for more collector friendly molds) and found some of the colors off-putting.  In October, the figures began appearing at retail.  Collectors flocked to them and bought them en masse.  I've looked at most of the figures in this wave many times over the years.  But, for today, it is the General Tomahawk figure that has my focus.

Collectors jumped on the new Joes at retail.  The first appearances were at Toys R Us stores where the packs were $7.99 each.  This seems paltry now.  But, at the time, $4 per figure seemed high and some collectors balked at paying that for army builders like Undertow who were packed with a character.  In time, though, Wal Mart began stocking Wave I for a lower price of $5.84 per pack.  This was like giving Joes away.  And, as I saw Dusty, Law and Dial Tone all as army builders, I went hog wild buying up as many of them as I could find at various Wal Mart stores around town.

Having extra Tomahawks proved fortuitous in 2001.  When Wave II of the A Real American Hero collection hit in late December of 2000, Firefly/Undertow, Cobra Commander/Chameleon and Dial Tone/Tomahawk were all discontinued.  As 2001 brought massive amounts of new collectors to G.I. Joe, those discontinued packs were suddenly in demand.  This coincided with a time when I couldn't buy as many retail figures as I wanted.  So, I was able to trade mint and complete Tomahawks for other figures I needed.  And, I was able to sell carded sets of Tomahawk/Dial Tone for $35 each.  (Remember, this is 2001.  That money would have bought you a Starduster with enough left over for an Headhunter.)

There are two main features of this figure.  The first is that Tomahawk's back inherited the flat back that was required for the figure to wear the massive Talking Battle Commanders backpack from 1992.  The figure can wear a standard backpack.  But, the back of the figure lacks details since those were redacted out to get the original subset gear to fit.  It kind of ruins this figure for me.  But, from the front, you can't tell the limitations on the figure's back.  The second feature is that the marbelized plastic makes no two General Tomahawk figures the same.  Figures have varying degrees of each of the colors.  I've seen some that were dominated by white while others are almost totally brown.  This gives you the freedom to search out the visual representation of the figure that best suits you.  But, it also means that every single figure is unique and that detail is going to drive two or three guys out there nuts since they'll never have every variant.

One of the great aspects of the A Real American Hero Collection was that most of the figures included their original accessories.  General Tomahawk was no exception.  While his sonic fighters backpack was, thankfully!, gone, the figure did include silver versions of the 1992 figure's pistol and rifle.  By 2005, both of these weapons would have been done to death and generally hated by collectors.  But, in 2000, the weapons seemed new and fresh.  The pistol is comically large.  But, it is well detailed.  Since 1992 figures in general and Talking Battle Commanders in specific were out of favor among the collectors of 2000, the pistol seemed new.  The rifle was something that I found more useful with Dusty and, later, the 2002 Mirage releases.  The rifle is interesting and works well in the silver color.  It's a weapon that hasn't really found a fanbase in the collecting world.  And, it's a bit large for a general.  But, it's something I enjoy and have found useful over the years.

This Tomahawk mold has had a good life.  It originated in the Talking Battle Commanders in 1992.  It then appeared on this 2000 Tomahawk.  It was repainted at retail in 2002 in a tan and teal combo that is, probably, the best paint job on the mold.  The mold then appeared as part of a Tiger Force transforming Zartan set that was a convention exclusive in 2004.  It's a bizarre color scheme and isn't very popular, despite the low production run.  Various parts of the mold have appeared on other figures through the 2000's: appearing in both comic packs and on vehicle drivers.  All of them uses of this mold are decent enough.  None are perfect.  But, all of them show the basic limitations with the mold.  It's big, somewhat bulky and has some odd designs that don't work as well as they should.

Tomahawk pricing is all over the place.  Dealers will sell the figure between $10 and $15 and sell a fair number of figures at this price.  But, here's the thing, you can find carded figures between $10 and $15 pretty easily, too.  And, in that case, you get the solid Dial Tone figure, as well.  Left to the open market, Tomahawk's are $2 to $7 figures.  They are more available than some of the other A Real American Hero Collection figures.  For those prices, there's no real reason for anyone to not own the figure.  It's a far cry from the days when this was a super desirable figure.  But, the mold has it's limits and there are far better figures for both General Hawk and even this exact mold of Tomahawk available.  For a pittance, this figure is worthy of an acquisition.  But, beyond completion's sake, there's little reason to spend time looking for this guy. 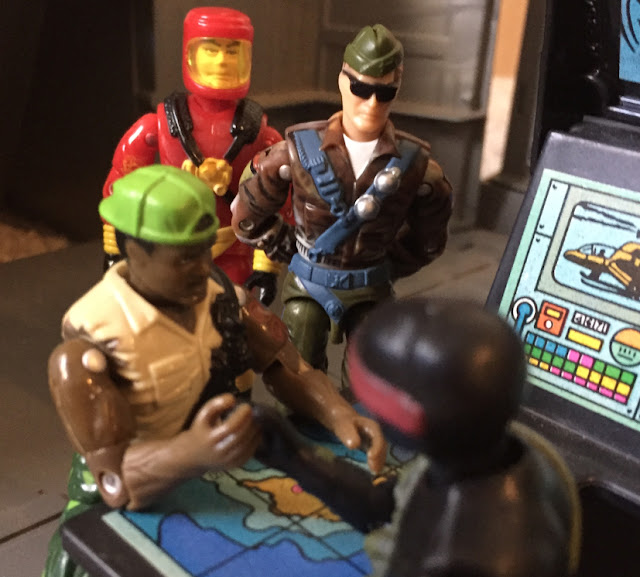 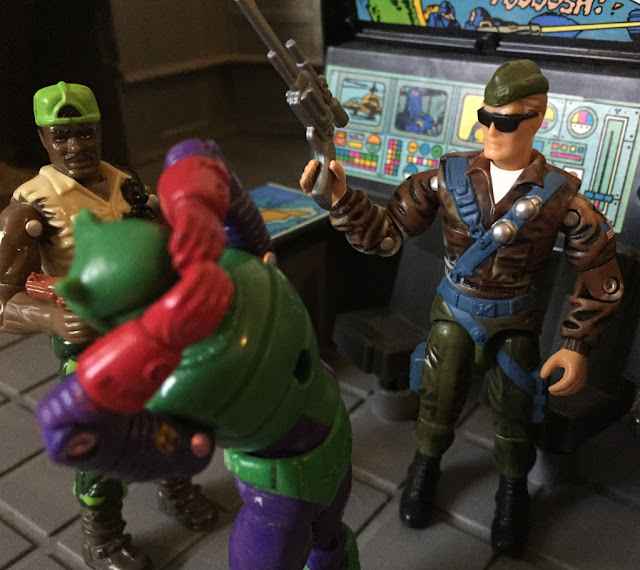 Posted by Robot_Sonic at 6:07 AM
Email ThisBlogThis!Share to TwitterShare to FacebookShare to Pinterest
Labels: 2000, ARAHC, General Hawk