2004 was very much a Joe tranistion year for me.  The year started off with a bang as both the Venom Vs. Valor series of figures showed up almost immediately while both the Night Force and Cobra Infantry sets saturated Toys R Us stores around the country starting in January.  As the year wore on, though, Hasbro kept announcing more and more products.  And, many of those simply didn't resonate with me.  Those that didn't, featured some commonalities: they were all JvC sculpt figures.  The ARAH style figures that were released that year continued to hold my attention...even if I wasn't enamored with the entire slate of them.  In the spring, the first images of the new Joe comic packs were shown.  On one hand, these were exciting and amazing as they offered something collectors had longed for.  On the other hand, the packs had some problems that were apparent from the get go.  In the first wave, there were some figures that intrigued me.  But, the new version of Clutch from Comic Pack 3 was the most interesting.  The figure was big and bulky and brought us a Clutch that was more compatible with figures from the late 1980's and early 1990's.  The figure was a valiant attempt at something different.  And, like all of Hasbro's attempts to break out of a narrow definition of what a vintage style Joe should be, collectors largely punished Hasbro's efforts.

I refer to this figure as Clutch throughout the profile.  The reality, though, is that this character is named Double Clutch due to the copyright issues.  It's meant to be the same character as Clutch, though.  So, I stick with the standard name that I grew up with rather than attempt to justify the mouthful that is the Double Clutch name.  Hasbro losing copyrights was annoying.  But, I can understand it...especially when you consider how much the Kenner acquisition tried to purge G.I. Joe from the Hasbro annals.  In 1995, it was unlikely that Joe would ever return to retail.  But, the success of the Star Wars line proved that adult collectors could be enough of a force to drive retail fortunes and help bolster a toy line while it found its way into kids' consciences, too.

This leads to the figure itself.  The first wave of Comic Packs introduced the comic book green and yellow scheme to G.I. Joe figures.  In and of itself, the scheme isn't awful.  The green is deep and rich and different than most anything else found in the line.  But, like most things Joe in the 2000's, Hasbro overdid it.  The color became too common and casual consumers couldn't differentiate figures on the shelves and the sameness ultimately squashed the line's chances of retail success.  But, when Clutch debuted, there were just two figures (he and his packmate Hawk) that featured the new base color.  So, for Clutch, it works.

The Clutch figure is made from surprising parts.  Aside from the new head (which was available in a smaller size, too, from Asian sellers), the figure then used the rest of the parts from 1993 figures.  Collectors were told that the 1993 figures that appeared in Brazil were lost, never to be made again.  Then, this Clutch showed up using the 1993 Mace body.  Mace was among the "lost" Brazilian figures.  Turns out, the molds weren't lost.  Hasbro just didn't want to look for them.  So, collectors were left with some cool uses like this Clutch, but missed on tons of other excellent repaints of 1993 figures as Hasbro couldn't be bothered to look at their mold inventory.  In addition to the Mace parts, he also featured the arms from the 1993 Duke.  A 1993 Duke repaint was planned for 1995.  Yet, Hasbro never released the full 1993 Duke during the 2000's.  Another opportunity lost for collectors.

Clutch's gear is awful.  But, it's awful in that it's not unique.  Clutch didn't include a helmet.  This is a double feature of Hasbro not having to sculpt one for the head.  (Saved expense.) And, it's also a way for Hasbro to show off their vintage style sculpting.  (It's known that Hasbro designers of the time HATED working on vintage Joes since the old designs didn't pad their resumes.)  The newly designed heads in 2001 were just terrible.  But, these 2004 offerings were much improved and far more detailed than the balding, pasty white guys that define the 2001 fiasco.  Clutch also includes 3 weapons.  Since the vintage figure lacked a weapon, these are just bonus.  He did include a black version of Snow Job's classic XMLR rifle.  For cartoon fans, getting this weapon with a character like Clutch was a nice Easter Egg.  He also includes a terrible JvC era weapon that has a scope and grenade launcher, but no stock.  The lack of stock means that the soft hands of the 2004 figures don't hold the weapon well and that renders it useless, even if the appearance has some merit.  The final weapon is a 1990 Big Ben rifle.  By 2004, collectors had all of this weapon they would ever want.  So, it was just overkill in the pack.  But, more guns are better than less.  Though, it would have been nice if Clutch had included the newly sculpted M-16 that debuted with General Hawk in this pack.

While the first cases of the comic packs that reached retail were only packs #1 and #2 and were missing pack #3.  This caused some initial panic that the three figures might end up short packed or hard to find.  And, collectors paid $20 for a set for a short time.  But, rather quickly, pack #3 saturated retail and was a common sight.  Though, the set did sell through before the remaining 2004 overstock hit clearance in early 2005 and lead to the short run of the Oktober Guard 3 packs.  However, in 2005, large amounts of overstock of packs 1 through 3 started showing up at discount stores.  You could easily get spare comic packs for $5 all over the country.  Naturally, this lead to massive disinterest in the figure.  And, as many collectors bought up extras to use Stalker and General Hawk as fodder, it left a surplus of Clutchs on the market.

This manifests today.  While many comic pack figures have drastically appreciated in value, Clutch has not.  You can easily get a mint and complete version for $10 from dealers.  And, about 1/2 that on the open market.  You don't see the carded sets with the frequency of a few years ago.  And, those will sell for $40 from dealers.  Again, though, you can find them at half that price if you are patient and wait out the market.  At $5, this figure is a must have.  While the 2007 Convention Clutch is better, it's also a lot more expensive.  This Comic Pack figure is a cheap stop gap that gives you a Clutch that better fits with 1990's era vehicles and figures without breaking the bank. 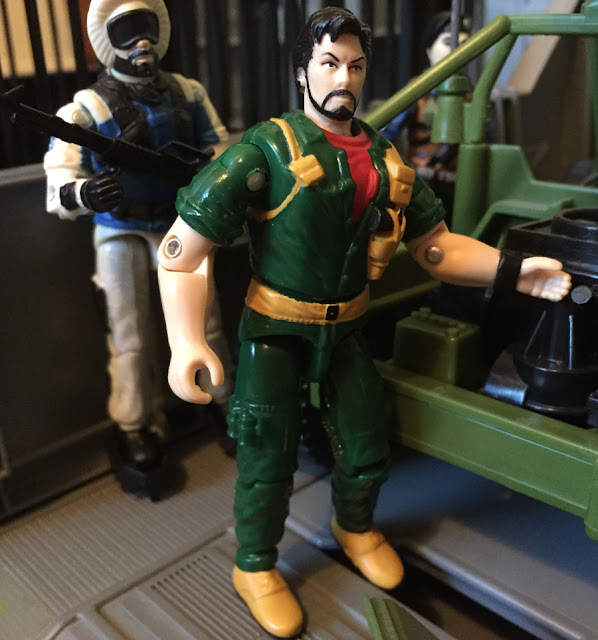 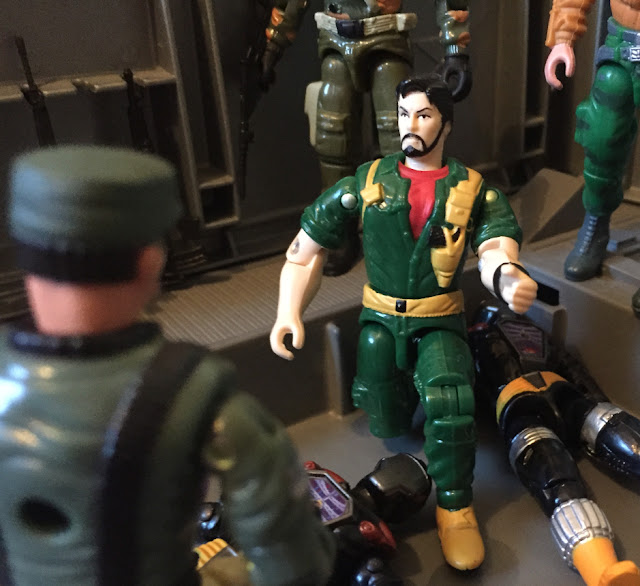 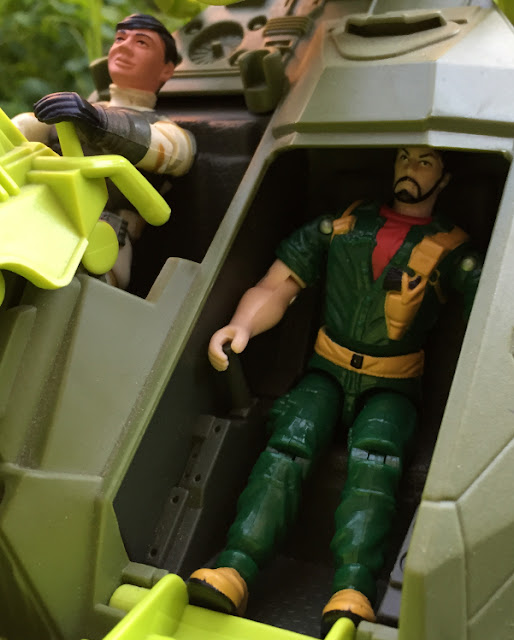 Posted by Robot_Sonic at 1:25 AM
Email ThisBlogThis!Share to TwitterShare to FacebookShare to Pinterest
Labels: 2004, Clutch, Comic Pack