Maverick is one of the better Battle Force 2000 figures.  His colors work with aircraft and he can be used with the JUMP or other, smaller flying vehicles.  The code name is a rip off of Top Gun.  But, G.I. Joe ripped off more that most collectors realize.  I still think his helmet is one of the cooler ones of the 1980's.  Here's the best of him from around the web.

Maverick Variants by Hit and Run 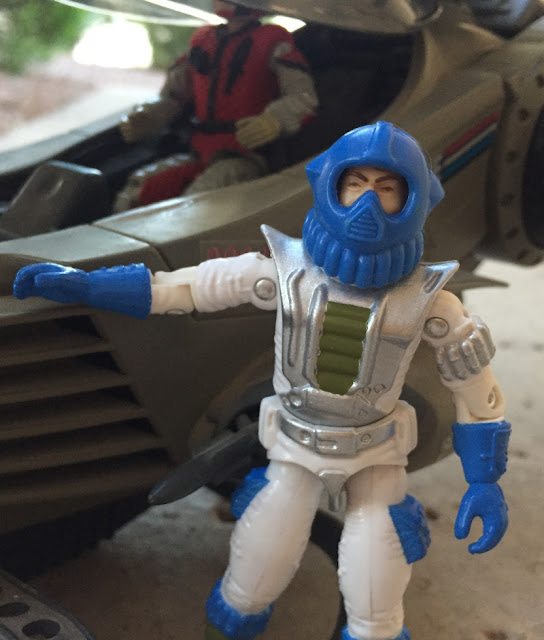 Posted by Robot_Sonic at 4:31 AM
Email ThisBlogThis!Share to TwitterShare to FacebookShare to Pinterest
Labels: 1987, Around the Web, Battle Force 2000, Maverick