This guy has certainly taken a beating. Lately, he has been receiving all sorts of negative attention from a number of different outlets. I find it odd that people who swear up and down that the Viper is the best Cobra figure ever don't like this guy. The molds were obviously based on each other and this figure was meant as a companion to the basic infantry trooper. Hasbro was finally expanding the Cobra army and they were doing it in such a way that the basic troops could be distinguished from the higher echelons like the Crimson Guardsmen. It is actually a very smart strategy and only makes the line that much stronger. Of course, they couldn't include the same vehicle driver in all the Cobra vehicles, but they made sure this guy was available through other outlets so that people could easily build their armies.

The mold of this figure is awesome. He has the full head visor, but an open mouth to bark commands out to his crew. The hoses and armor on his chest seem a bit frivolous, but make him appear that his vehicle has all sorts of hidden features. The best part of this figure, though, is the double holsters he has on his legs. He has large holstered pistols on each leg. It's a cool feature that only enhances this figure's outlaw image. (Fortunately, this mold was reused later on the figure Airwave.) The file card for the Motor Vipers called them educated Dreadnoks. I liked that description and had my Motor Viper ranks full of recklessly brave individuals who were capable of reasoning out a situation and actually outsmarting the Joes. It was the only way for them to make up for their inferior hardware. (I had epic battles between my Stun and my Havoc. The Havoc was better equipped and more heavily armed, but the Stuns were faster and used superior numbers.)

This guy is my basic Cobra driver. He operates everything from Hiss Tanks, to Maggots, to Detonators, to his Stun, to this lame Cobra troop transport vehicle I found at a Kroger store a couple of years ago. I have an army of them so that all my vehicles have the same drivers. It doesn't make any sense to me to have different drivers for different vehicles, so I use the Motor Viper across all of them. I've always found the Hiss Driver to be a highly overrated figure. (Again, people who hate the later neon figures have no trouble with this guy who is cast in bright red and drives a black tank. You can tell how people are biased towards the earlier figures.) I could never find any use for him and pulled him from the Hiss as soon as I found a suitable replacement. The Motor Viper is the ultimate in Cobra vehicle drivers. The mold, the colors, and the availability make him a crucial part of my collection. Every time I get a new Cobra ground vehicle, I then have to go out and find a new Motor Viper to operate it. A legion of Hiss Tanks looks very good with these guys at the helm.

Motor Vipers are easy to find. Judging by the general collector animosity that exists towards this figure, I don't foresee becoming hard to find any time in the near future. Still, finding one with no wear on his visor can prove difficult, though that is an easily fixed problem. This guy was available for many years as a mail in. The infamous Hasbro Canada Find offered these guys and that is where the carded sample you see below came from. Motor Vipers can be had cheap and they are plentiful. If you are like me and enjoy consistency in your vehicle driver ranks, the Motor Vipers are an excellent way to outfit your Cobra motorcade with awesome, uniform troops without breaking your collecting budget.

Do you have any Motor Vipers for trade? If so, email me. 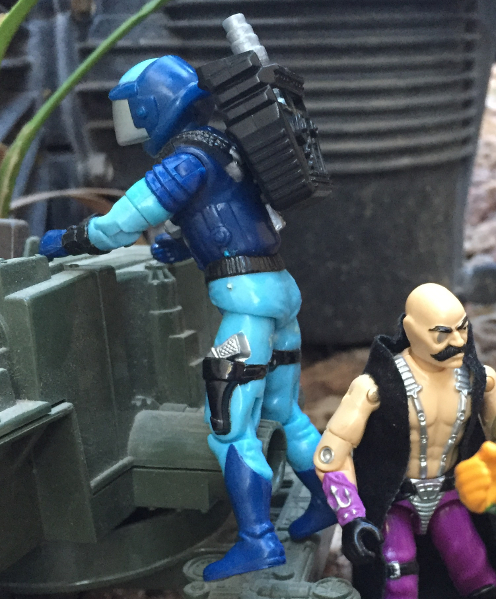 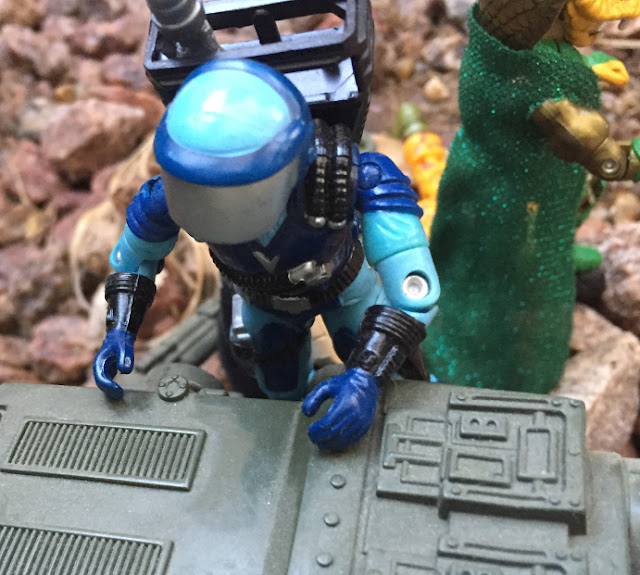 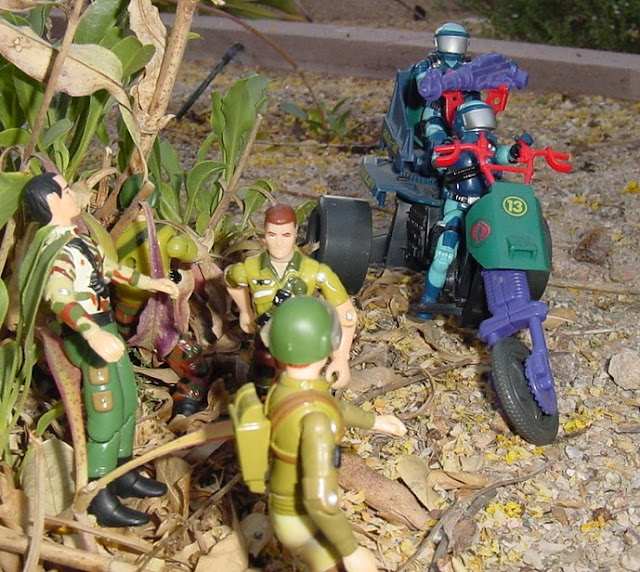 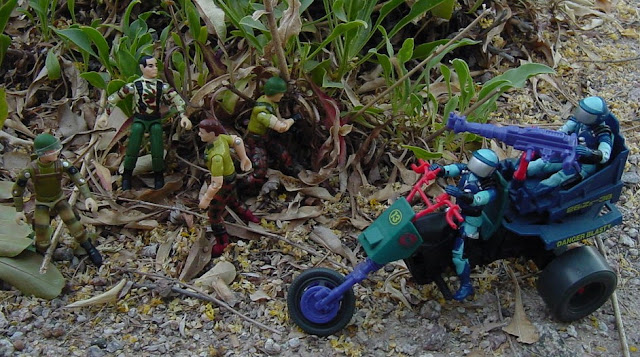