Steeler was the original rare figure. I mean that only in the sense that if there was one vehicle that you didn't have, it would usually be the Mobat. I only knew one person who had one. In fact, the figure you see below is from that person. He gave this figure, and most of my other existing '82 and '83's to me in the late '80's. I was putting together a special strike team that I wanted to all look the same. I took the original Joes as they were similar enough to look like a team, but different enough that I wouldn't have to use multiples of the same figure over and over again. Years later, this deal really worked out as I have been able to avoid spending my collecting dollar on many early figures that I now have.

I just don't use these early figures much. Stalker is about the only exception. I sometimes put Steeler into the second chair on the Mauler, but otherwise he, like most of my early figs, never leaves his drawer. Still, this guy is cool. Like Clutch this guy has the cool holster and was actually cast from an original mold. He was one of the more unique original figures and was very cool when the Joe line was only three or even four years old. Over time, though, his star has faded. Few of the original figures hold up when compared against the figures that came a decade or so later. Had it not been for these original guys, though, the line would never have taken off like it did. Many collectors remain fond of the original figures for this very reason. I, though, don't have any real attachment to them. I have most of the originals, though not in both straight and swivel arm formats. I just can't get jazzed on spending money for these guys. So many other figures are so much more fun to own and I would rather spend my money there.

I really don't have that much more to say about this figure. He really isn't all that high on my list anymore, but I wanted to add some early figures for variety. It is fun to see how the line progressed over the years. In time, I imagine that I will reacquaint myself with the original figures and pick up a complete set. Right now, though, there are too many other cool figures to add to my collection. Plus, I have armies to build. I can often buy three or four Cobra troops for what I would pay for one of these original figures. Until that inequity is ironed out, I think I'll shy away from these guys. Remember, these original figures were available for three years. While some people will try to lure you with "rare" because they are so old, the original figures probably exist in greater amounts than all other years except 1984 and 1985. Before you commit to a big bucks purchase, keep that in mind.

One thing of note about Steeler is his accessories and paint applications. Steeler included not only a uniquely colored helmet, but also his standard binocular headset and an uzi that is identical to the V1 Snake Eyes. The figure also features a small gold band of paint on his arms. This is almost always missing from aftermarket figures and is very hard to find intact. As such, when buying a "mint" Steeler, it is always good to ask about the condition of the gold arm band since they are often hard to photograph and are easily missed by many collectors.

the Steeler mold was not overly used. Aside from the 2 American figures, the mold was also used by Palitoy to create the Action Force Steeler. After that, the mold disappeared. There is a Funskool toy commercial in India that features the MOBAT and shows glimpses of a Steeler figure. However, it is not believed that this figure was ever released in India and it is likely that it was an American version of and Steeler that appeared. Hasbro has resurrected the character twice more: in the 2004 comic packs and for the 2007 convention figure. Both of these are adequate representations of the character, but the convention figure is the better offering. It is unknown if the original Steeler mold still exists, but since we have not seen it in the modern releases, it is likely that mold is no longer available and we are left with just the few versions of this figure that are out there.

Like most of the original figures, Steeler can be a bear to find. He is out there, but you will have to pay a little more for him. Keep in mind, though, that he was available as a mail in. However, check out Rampage to get a little insight into his mail order availability. This figure can be had, but you will have to pay more than I think he's worth. Also keep in mind that the original Steeler came not only with helmet, and the cool binoculars, he also came with an Uzi. Many people try to pawn this figure off as complete if he has his binocs. Don't fall for it and be prepared for a fight when you confront someone about it. Still, I think this guy is among the top three or four of the original Joes and can have uses in most collections.

The straight arm Steeler is one of the figures I am still looking for. I also need his original binocular headset and helmet. If you can help, let me know. 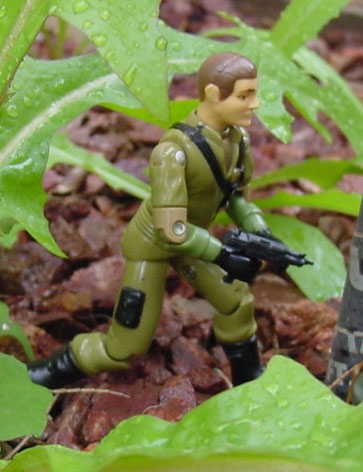 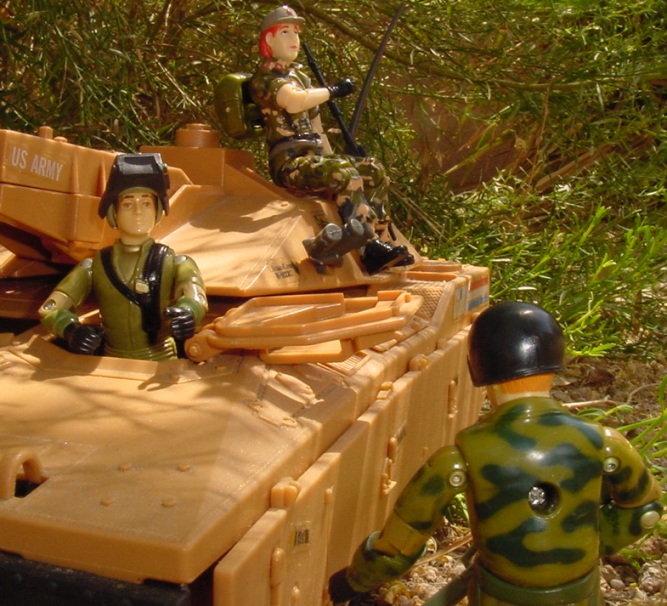 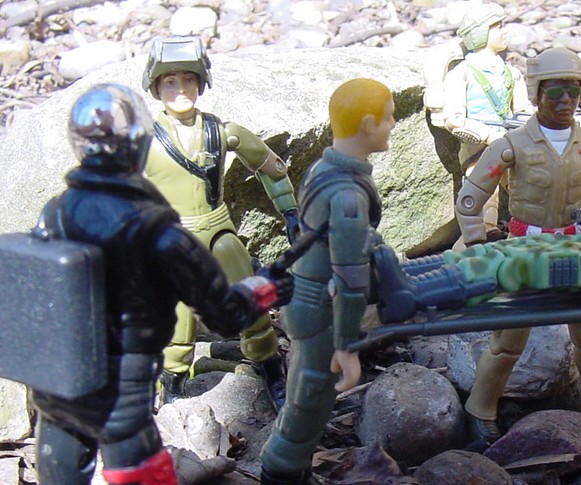 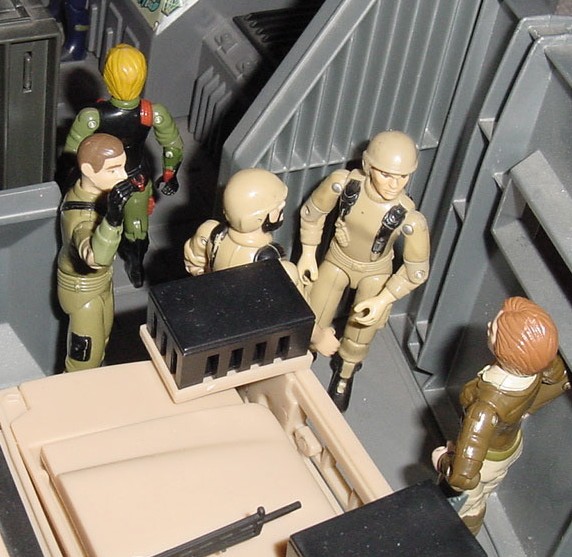 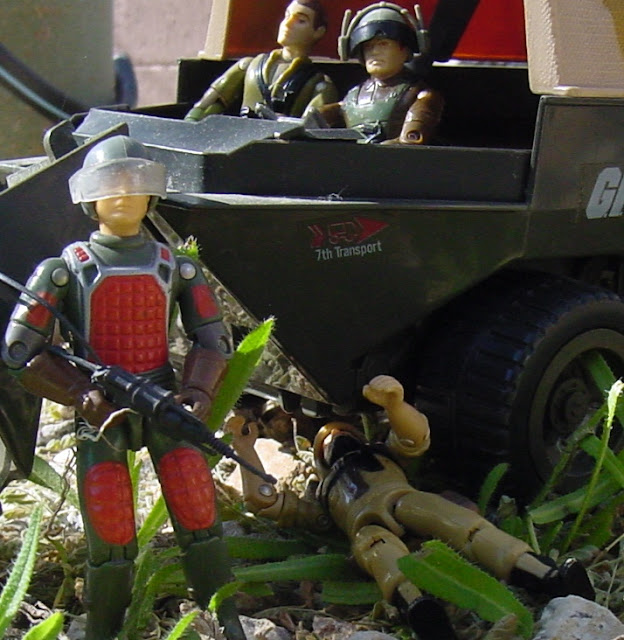