As part of the perfect foil to this figure's companion post Recoil I have decided to also showcase the 1989 Python Viper. Anyone who read my rantings about the original Viper knows that I'm not particularly fond of that figure. This Viper version, though, is among my favorites. The black and grey color scheme makes much more sense. My only lament is the lack of the silver visor, as the red is this figure's lamest attribute. The yellow highlights are also kind of bad, but do provide some stark contrast that make this figure stick out a bit more prominently.

The Python Patrol is a very forgotten subset that sees little press. Tiger Force is far and away the most popular subset of repaints, but I think Python Patrol has the best figures. Really, only the Crimson Guard is lame. (He's called a CRIMSON Guard. CRIMSON. Why would you cast him in grey and yellow?) I like Cobra blue, but these repaints in darker blacks and greys were very nice complements to the original figures. I tend to use the original Tele Vipers in my Cobra bases or in urban campaigns while the Python Tele Vipers are active in the field. As such, I also use this figure as my higher ranking field Vipers whose duty is to guard the central command vehicles. The 1998 Vipers are the cannon fodder. All of the Python versions still see use. I have retired my old blue Cobras and the Crimson Guards only come out on special occasions. The Python versions are a great way to enjoy the classic molds without having the problems many of my original figures have. (Loose joints, broken appendages.) Since these guys can be obtained more cheaply than the originals, it makes sense to put some effort into acquiring them. The fact that I think many of the Python figures are more usable than their original counterparts is just gravy.

The nice thing about this figure is his black gun. One of the Cobra accessory packs came with a dark grey version of the original Viper rifle. I used it for all sorts of figures. It finally ended up with my Motor Viper. I, though, really wanted a black one. When I finally picked up a couple of these guys, I was happy to find the black rifle. When these Vipers aren't in use, their guns usually find their way to some other lucky Cobra figure's hands. It's always amazed me how much stock we collectors put into accessories. Many of the later figures came with horrid neon weapons. Had many of those guns been black, though, I believe that many of the later figures would enjoy a higher place in the collecting echelon. When a figure with great accessories did appear, he was often far more popular than just the mold should have allowed. As I have said before, sometimes an accessory does a figure make. While that's not the case with this guy, his weapons only enhance his desirability.

Python Vipers are more difficult to find than the other 1989 Cobras. The repaints tended to be less popular and seem to appear much less frequently on the second hand market. Still, these guys won't cost you anywhere near what some of the other '89's will set you back. They are also substantially cheaper than the aforementioned '86 version. An army of these guys is very cool. I've been after them for a while, though, and have only picked up a couple of specimens. (Mainly due to my being cheap!) If you can get them en masse, though, they are well worth the purchase.

I would like a couple more of these guys. If you have some you want to trade, email me. 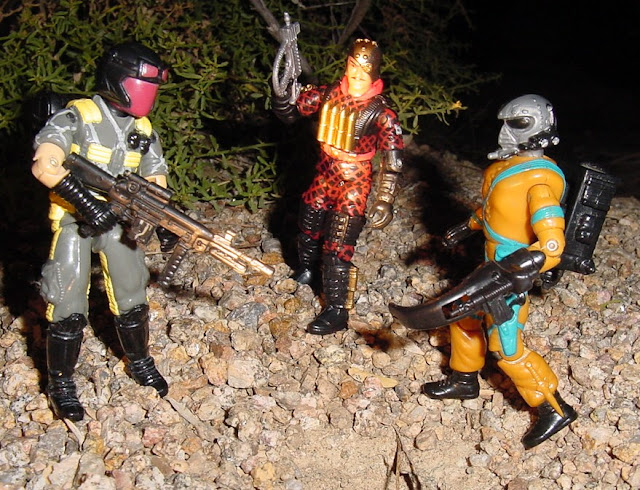 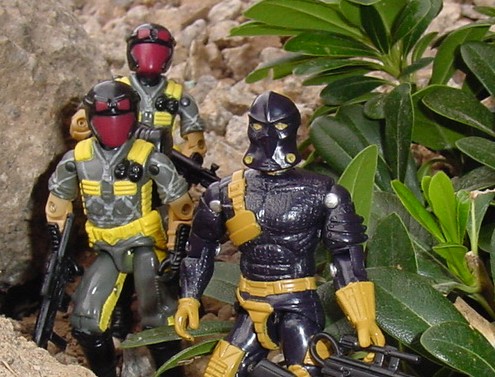 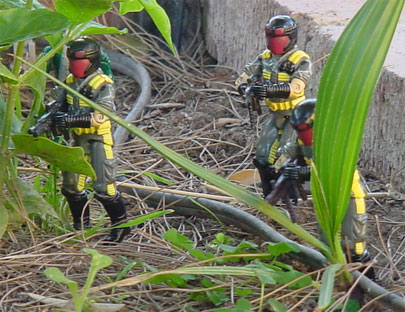