In late 1986, I went to Toys R Us. I was amazed to find several 1987 Joes prematurely released. One of them, Falcon, irritated me to no end. I had already made a custom figure named Falcon. The Hasbro released figure, though, was so cool that I had to use him. Thus, I killed off my original Falcon and had the new Falcon come in and take his name as a way to pay homage. I figured that was a clever little out. Of course, when I wanted to use my custom figure again, I had him return from the dead. (They had never found a body and just assumed for several years that my Falcon had perished.) This made for some interesting dialogue, but I digress. My purpose here is to talk about the version of Falcon that came out in 1991 as part of the Super Sonic Fighters line. While the line was lame, this Falcon was actually very cool. He had a great color scheme and some cool weapons. While the original version remains in my collection, I now use this version much more often. The grey, black and green are just a great combination that makes this guy a vital part of any mission.

This figure looks like a soldier. I've used him as military police, a young officer, or an experienced combat veteran. Look for this figure to have a good presence in my upcoming fan fiction and dioramas. I've been planning some stuff and this guy is on the short list to get a major part. I'll post some more details soon. Basically, the whole thing is contingent on my house. If I get the one I want, then it is a go. If I don't, then back to the drawing board. I just need a pool and a mountain with a waterfall. If I can get that, then look out world.

I've often considered Falcon to be a cheap knock off of Flint, but with a better uniform and accessories. He certainly is difficult to discern from Flint, especially for a novice or a parent. I think the Flint figure and character were so popular, though, that Hasbro didn't want him off of the shelves. Since he had his two year retail run, though, they decided to come up with a knock off character that would fit the same characterizations as Flint. If they happened to look similar, well that would just be too bad. In this instance, though, the strategy worked. Falcon, in all of his versions, is a very cool figure. I used him in all sorts of places. His basic uniform was very realistic. Being a fan of The 'Nam comic, I was a sucker for realistic, green cammoed figures. There weren't too many of them in 1986 and 1987, but the few that were available were very good. I picked up an extra Falcon just to have a spare pack and shotgun.

The original version of Falcon is great. I do, though, like this version better. Of course, that could change in time. The Night Force version just doesn't do too much for me. It is also a cool figure (the black pack is just an awesome accessory!) but it is the least worthy of the three incarnations. This guy is just so different that I really like him. He still has all the realistic details, and his new cammo pattern is nice. The colors blend perfectly and aren't overbearing or outrageous. The weapons that come with this figure, while lacking in realism, also look very good. I personally like the gun you see in the scan below. There is another, larger rifle that also works well with this figure. I give this guy the Night Force Falcon's pack and he is ready for bear. Of course, the original Falcon's green pack also looks good. They are both usable on this figure. He is a perfect blend of the two previous color combos.

The Falcon mold was used by Hasbro in 1987, 1988 and 1991. His legs were used on the 1993 Leatherneck figure. The head was used on the Chinese exclusive Flint figure. From there, the legs disappeared and just the head, chest and arms were used in 2003 on the Convention Falcon. The mold has not been seen since and Falcon remains one of the glaring omissions of the modern retail line. One thing to note, though, is that this figure, technically, has a European exclusive variation. European Sonic Fighters Falcon figures feature date stamps from 1993. This is because they were produced after the Leatherneck figure was manufactured. American Sonic Fighter Falcons feature and earlier date stamp. So, that's a fun little variant to keep an eye out for.

1991 Falcons aren't too hard to find. The Super Sonic Fighters was not a popular subset and many specimens still exist in excellent shape today. When you do find these guys, they are certainly not expensive. While the other 1991's are starting to get somewhat pricey, the subset figures remain relatively obscure. Since they were not part of the standard line and there were so many subsets (Super Sonic Fighters, Sky Patrol, Eco Warriors), these figures kind of fall by the wayside. With this guy, and a few others, there are certainly, though, some great figures you can pick up and add to your collection for not too much money.

This is probably my favorite version of Falcon. If you disagree, let me know. 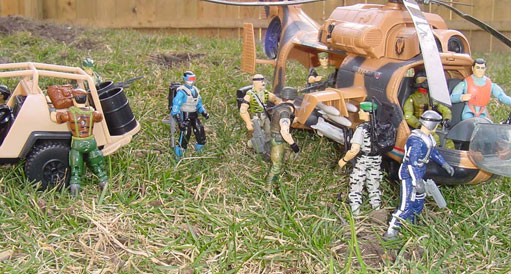 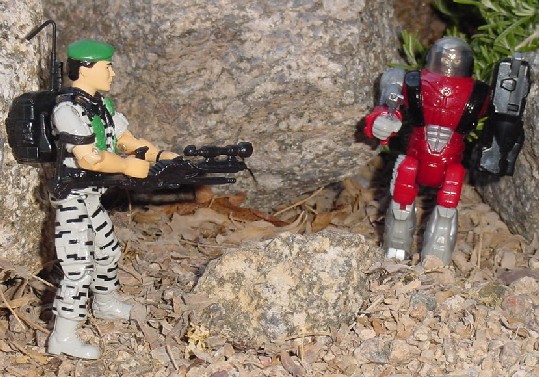 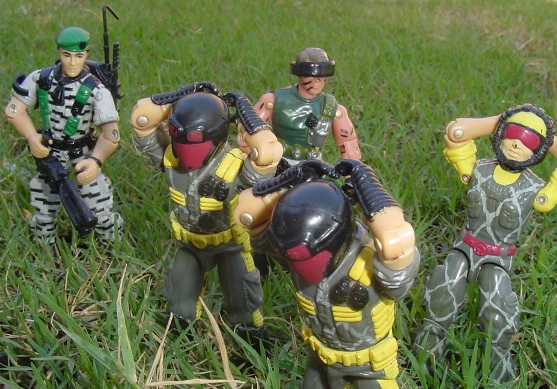 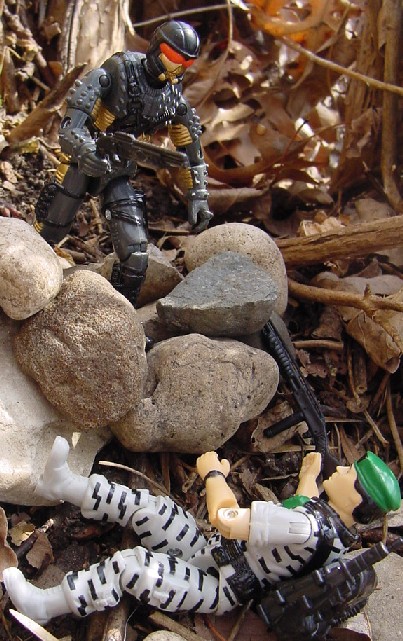 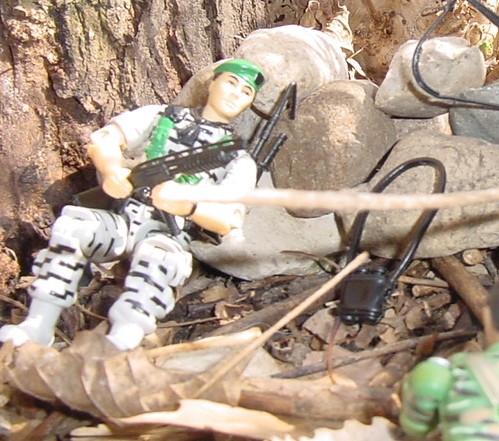