We have already visited Hasbro's personalized figures with the 1993 Create Your Own Cobra. This time, however, we are going to examine the successful side of this promotion, the Steel Brigade. There are many, many variations of the Steel Brigade figure. Hasbro "frankensteined" these figures together with many different parts. Personally, I use YoJoe.com as my resource. They list 5 distinct versions of the figure. (It should be noted that I do not count accessory variations of a figure as a variation of a figure. Only a physical change to either body construction or factory paint jobs is considered a figure variation to me.) The version you see here is the one I have found to be most common. (I only base that on my collecting experience and the fact that I have 4 of these guys and no other versions.)

These guys are just awesome basic Joe infantry troops. They make perfect cannon fodder. They are the one figure that just about everyone will agree as to their usage. Still, these guys have a cool mold. Sure, they are cast from existing figures, but the head is very cool and allows you to easily use them as field troops, security officers, or any number of other duties. I think the enduring popularity of this figure is that it could be whatever you wanted it to be. Hasbro allowed for customized filecards on Steel Brigade figures and I think many people made this guy into the character they most wanted to see in the line. As such, this guy was offered for years with great success. The amount of people who have these guys in their collections is also staggering. Some people have dozens of them. Many collectors have more than one. They created the figures when they were kids and the nostalgic memories have kept the Steel Brigade figure in featured spots in many collections.

The version that I have pictured comes with, in my opinion, the best accessories of any of the known Steel Brigade figures. Earlier versions came with either Airborne or the Crimson Guard's rifles as well as the pack you see here. This version has a black version of Recoil's rifle. It is an awesome accessory that looks great with a wide variety of figures. It is truly a shame that it was only available with a mail order figure, but it was available for about 4 or more years and, therefore, is rather easy and cheap to obtain today. This gun, though, only enhances an already good figure. The Steel Brigade, by itself, is a great figure that is a lot of fun to own. If you are lucky enough to get the properly accessorized version, you can create quite a formidable force for your Cobra legions to engage.

The Steel Brigade made an appearance for a brief time in the modern line. In 2004, versions of the Steel Brigade started appearing in Asia. A good number of these figures made their way to the US and can be found today with a little looking. However, this figure was never actually released. In its place, Hasbro released the Anti-Venom Set which featured Steel Brigade inspired helmets on classic figures. In 2006, Hasbro actually released a new sculpt set of Steel Brigade figures that featured the classic colors and removable helmets. But, all of the figures were actual characters rather than nameless recruits. At this point, I think the Steel Brigade concept is pretty much a sham of the original concept and should simply be put to bed. There really isn't any reason for it to make another appearance as there are plenty of options out there for collectors.

Some versions of the Steel Brigade figure are incredibly hard to find. Some collectors count one of the variations as the rarest Joe figure out there. This version, though, is not hard to get at all. He can be found all over the place and usually for under $8.00 for a MIB specimen. They are cheap and plentiful enough to build ample armies. You should, though, take full advantage of their availability now. As with most Joes that are easily obtained MIB, these guys are starting to disappear into private collections where they will stayed bagged forever. However, I just picked up two of them for $5.00 for the lot. You can easily buy these guys up and not feel guilty about opening them. Now that I've got a couple of loose samples, I can honestly say that I have no regrets freeing them from their plastic prisons. I'm sure you won't either.

I'd like another version of the Steel Brigade figure. If you can help, email me. 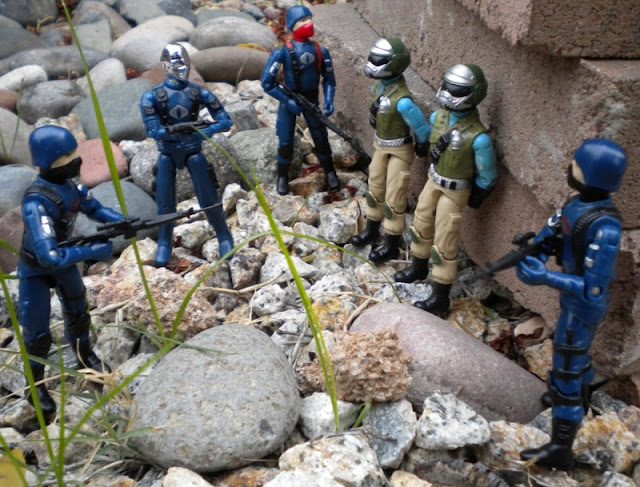 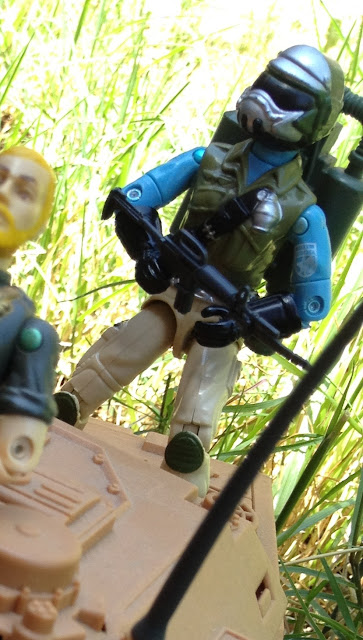 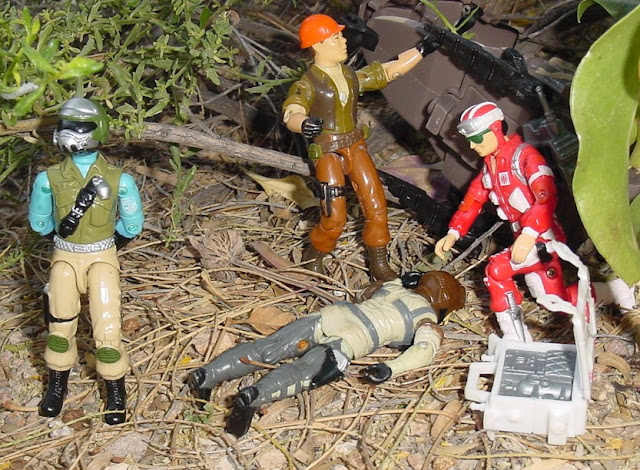 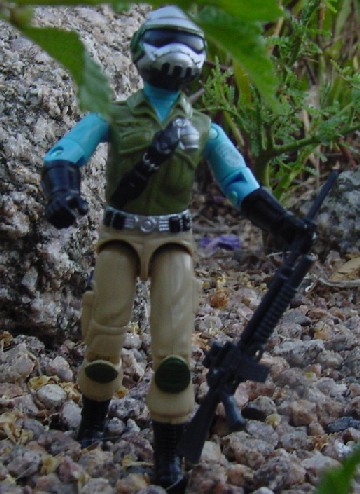 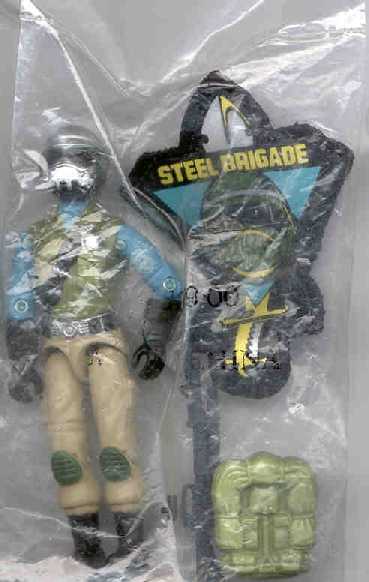 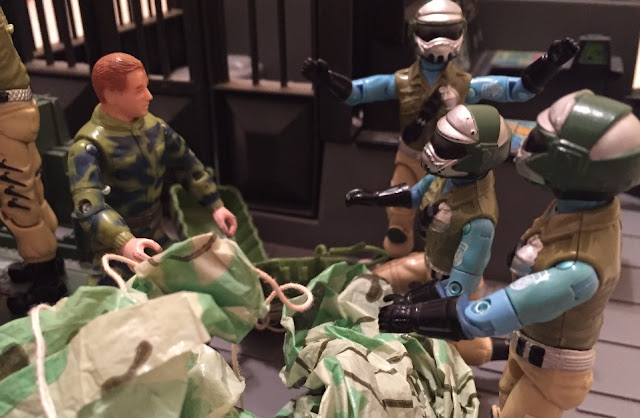 Posted by Robot_Sonic at 4:16 PM
Email ThisBlogThis!Share to TwitterShare to FacebookShare to Pinterest
Labels: Mail Away, Steel Brigade