The Night Raven is simply an awe inspiring toy. It is massive, very detailed, and just looks cool. From a pure aesthetic standpoint, I would say it is the best aircraft ever produced for the Joe line. Who, though, would be worthy of flying this magnificent bird? Hasbro's answer was very good. Rather than give us another named Cobra Pilot, like the highly overrated Wild Weasel, they gave us the first Cobra minion pilot, the Strato Viper. This guy followed the Viper standard that was introduced in 1986 and created a very nice looking pilot. Sure, his helmet doesn't come off, but the molded version is very nice looking and has never caused me any problems. This is another Cobra vehicle driver that, while very cool, just doesn't get the recognition he deserves.

Anyone who has ever read G. I. Joe Special Missions #5 can not forget the Strato Viper's first appearance. He was pompous, cocky, and a real ass. The look of terror on his face as his he realized the break out tool was gone and he was doomed to slip, with his craft, forever into the sea is priceless. From that, I was inspired to use my Strato Vipers extensively. Somehow, I ended up with two of them. I don't know how this happened, but I considered myself lucky. As I've said before, the big planes aren't much fun for me to play with. They weren't back then either. I had a great time preparing the Night Raven for flight, but, once it was in air, the fun was over. As such, Strato Vipers quickly found themselves piloting other aircraft. I did use the Night Raven drone rather extensively. It was fun to pit that against Sky Hawks. The Strato Vipers, though, did just find themselves relegated to pilot duties. They often took second chair and the gunner's station aboard my hydrofoil. They are cool figures and just begged to get more use than just sitting in a cockpit.

This guy has a great color scheme and a cool mold. For some reason, though, many in the collecting community deride him. I think he is one of the best Cobra pilots they ever released. The figure is basic and gets the job done. Sure, the Aero Viper is a cooler figure, but this guy came out just when Cobra was starting to expand. He is easily on par with all his contemporary releases. Since he doesn't have a removable helmet, I think collectors tend to overlook him. His mold is very good and the head hints at all sorts of technological gadgets. For me, though, I like having some pilots without removable helmets. I've found the TARGAT figure makes for a very nice pilot. One the Joe side, Airtight also works very well. It is nice, though, to have a figure as cool as this is be forgotten. It allows people who know about him to acquire him without any interference.

The Strato Viper mold was used by Hasbro to make this figure as well as a member of Sky Patrol. After the Night Raven was discontinued at retail, the Strato Viper was released for years as a mail away figure. As such, they are relatively easy to find despite the fact that they were only available at retail in a high price point vehicle. Around 1997, Hasbro sold the Strato Viper mold to Olmec Toys. Olmec used the mold in their infamous Bronze Bombers figure set. That figure features some bright colors and the wrong waist piece. Unfortunately, Olmec Toys went under due to a corrupt CEO. As such, all the molds that were sold to Olmec are now lost and no longer available for use by Hasbro. Frankly, that's too bad as a new Strato Viper would have been a welcome addition to the modern line. But, at least we can take solace in the fact that the original isn't too hard to find or too expensive.

At first appearance, you would think these guys tough to find. They came with a high price point vehicle and shouldn't be all that common. However, Strato Vipers were available for many years as a mail in figure. In fact, the bagged specimen you see below if from the Hasbro Canada Find. For these reasons, Strato Vipers aren't hard to find at all. Sure, they might set you back a little more than figures like the Motor Viper, but that is to be expected. This guy is a great figure and many people like having multiples. Most collectors like to have at least three to man every Night Raven in their collection. (I've got three and I no longer have a Night Raven.) There is contingent out there, though, that doesn't like these figures. As such, it helps keep the popularity lower than would otherwise be expected. These guys won't be hard to find and they aren't terribly expensive. As you build your Cobra air wing, though, you will find the Strato Viper imperative to your operations. As Cobra pilots go, he is the best.

I'm not actively seeking these guys, but if you have some you want to trade, email me. 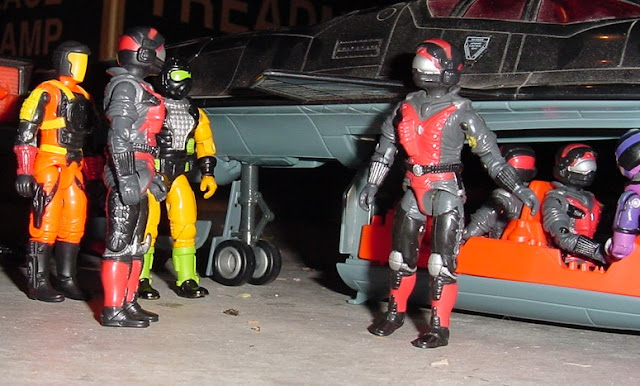 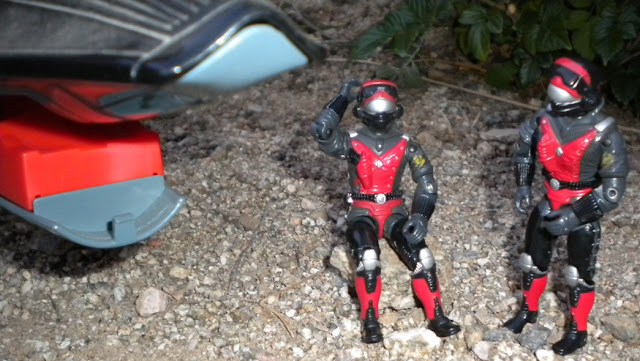 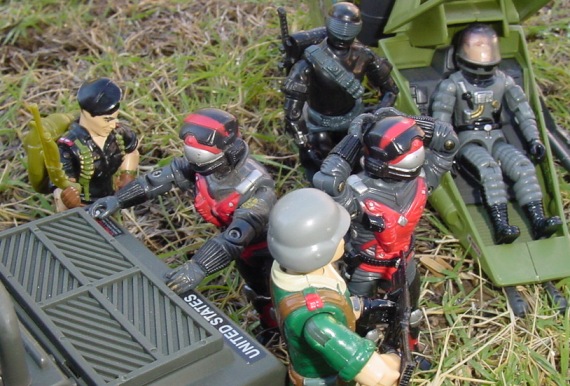 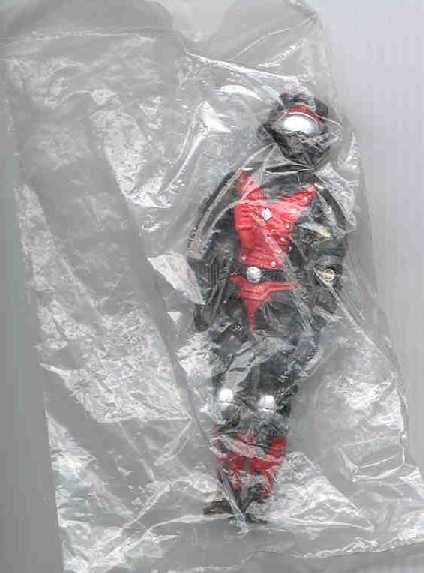 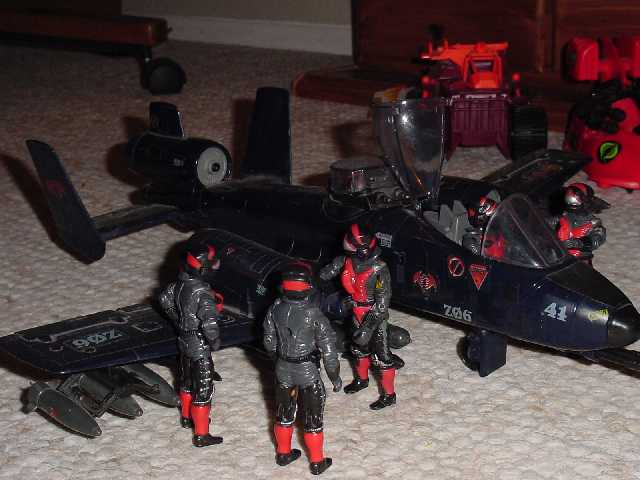 Posted by Robot_Sonic at 10:48 AM
Email ThisBlogThis!Share to TwitterShare to FacebookShare to Pinterest
Labels: 1986, Strato Viper, Vehicle Drivers