In 1990, I was out of Joes. My youngest brother was still buying an occasional figure (See 1990 Bullhorn), but we were mostly done with Joes. I babysat to supplement my meagre income. The cool thing about this was that I got to play with the kids' toys. There were two joes that really stuck out in my mind, Recoil, and Big Ben. I just thought this guy was awesome. He had a great mold, fantastic accessories, and an interesting background. Joe had finally expanded into international territory and had started including foreign members in its ranks. When the figures were like Big Ben, they were a very welcome addition.

This figure has a great mold. Bullet straps are always a popular feature with me, and this guy uses them to perfection. Other than that, though, the mold is very plain. Like Crankcase, this guy uses simplicity to create complexity. The mold is plain, but suggests functionality that made this a very realistic figure. The fact that he comes with a gun that has a removable bi-pod as well as a pouch that actually carries removable grenades is simply an afterthought. The figure is good enough to stand on its own. When the accessories are added in, this guy's lack of popularity among Joe collectors is baffling. He has everything they claim to like. Perhaps the fact that he is from England was enough to turn some people away. It is unfortunate, though, but does provide enterprising collectors an opportunity to easily acquire one of the line's top quality figures.

One of the very first mint complete figures I went after when I first returned to Joe collecting was a Big Ben. I just wanted to finally have one. Unlike most of the figures I really want, though, this guy was not a disappointment once he was in my collection. He quickly became one of my most used infantry troops. It is a distinction he still holds today. He just fits in with any strike force you put together. Tunnel Rat used to be my light machine gunner. Now, Big Ben is the man. Tunnel Rat still goes on some missions, but Big Ben is always the primary. He works in the jungle, the forest, and even Arctic conditions. Big Ben is the epitome of what Hasbro was capable of during the Joe line. He is just a remarkable figure that looks cool and plays well. (I have often found that many of the sharpest looking figures are just too cool to use. They look great, but aren't much fun to play with. Snake Eyes is often the greatest example of this.)

I use Big Ben as both an individual figure and as an army builder. He often is the heavy machine gunner that accompanies a platoon of Recoils or Salvos. He is the light fire support troop that keeps the grunts from being outgunned. As such, this figure gets a lot of use in my collection. He is just a great figure to have around. The awesome accessories make him perfect for a variety of situations and his gun isn't so big (like Roadblock's!) as to prevent from being involved in light infantry and infiltration missions. I often use him in the back of my CORPS! hummers. He blends perfectly with the green cammo pattern. Big Ben works great as both vehicular support, a helicopter insertion team member, or just a plain old run of the mill infantryman. That is the beauty of this figure. He is very simple but still has many uses.

Back in May of 2000 when I first wrote this profile, I had no idea that Big Ben would become such a hated part of Joe lore. That really isn't any fault of his, though. The simple fact is that Hasbro produced three distinct Big Ben figures in under 18 months. The first of these was the high quality but overproduced arctic Big Ben. This was a great figure and a perfect repaint of this mold: but it was packed 4 per case and became the ultimate pegwarmer throughout the U.S. and Canada. About the time that stores finally cleared that retail dud off the shelves, though, Hasbro put out the Wave 1.5 Big Ben figure. Again, this figure featured solid paint schemes and his original accessories. However, Hasbro packed him with an Alley Viper and overproduced the wave. As such, many collectors ended up with 6, 8, 12 or even 25 extra Big Ben figures which they couldn't give away. It gave the figure a further bad name even though the actual figure was really well done. Finally, Hasbro packed a baby blue Big Ben repaint into the harder to find Wave 2, 2002 cases. This figure was again packed with an Alley Viper, but this Alley Viper was red, packed one per case and wasn't as desired by collectors who had gotten their fill of the superior blue Alley's from a wave prior. As such, even though this was the worst Big Ben ever offered, it didn't garner collector ire like the first two figures. After that, Hasbro reused the head on a 2003 Big Ben and then re-used Big Ben parts throughout the comic packs. The result is that the mold is just overly used and almost cliched at this point.

At this point, I, and most other collectors, are Big Ben'ed out. The reality is that the figure has been overdone. In 2000, I thought an arctic repaint of the mold would be perfect. We got that and I can't complain. The Wave 1.5 figure is true to this original figure, but is different enough to stand on it's own. Beyond that, we really don't need another version of the figure ever again. Really, Hasbro started off right by repainting Big Ben at a time when most collectors weren't too interested in any figure produced after 1989. But, they simply went too far and made some poor packing decisions that have forever sullied the legacy of this once desirable mold.

Big Bens are easy to find. He does have lots of tiny accessories, though, and is often found incomplete. Still, mint, complete specimens are very readily available. This is a guy, though, that I use as an army builder. He also makes for excellent custom fodder. His accessories also work great on many figures. As such, the supply of Big Ben figures may not always be so ample. I, for one, have three of this guy. I will add to my armies as well, if the price is right. Now, it seems that it usually is. Over time, though, more collectors will discover this guy and his many uses. When they do, Big Bens may not be so easy to find. 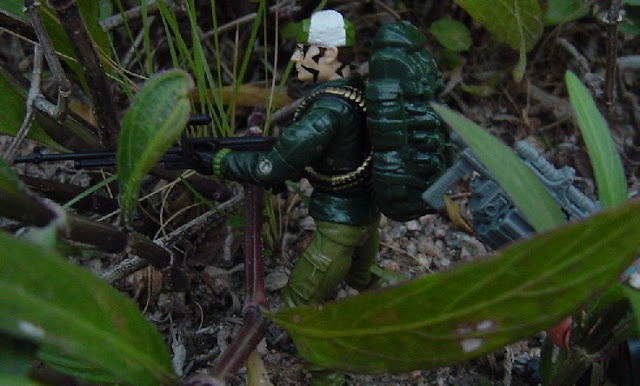 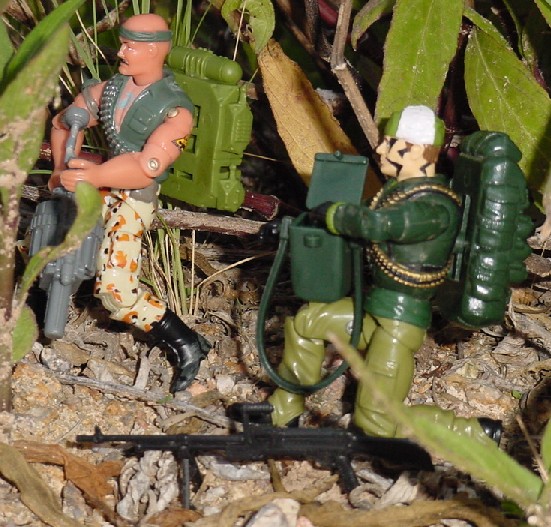 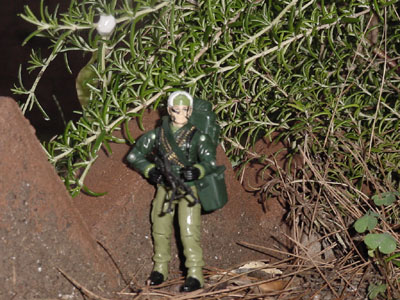 Posted by Robot_Sonic at 2:00 AM
Email ThisBlogThis!Share to TwitterShare to FacebookShare to Pinterest
Labels: 1990, Big Ben