In 1987, Hasbro continued a trend when they released the Defiant Space Shuttle Complex. It was the finale in a series of capstone vehicles that were released near the end of the year for the Christmas buying season, had a big dollar price point, and were impressive in scale. The USS Flagg and Terrordrome had been fantastic vehicles, but the Defiant complex took the idea to the next level. While not as massive as the Flagg, the Defiant was more ambitious if only in what it represented. 1986 had not been kind to NASA and America had lost a bit of enthusiasm for space exploration. That Hasbro would come out with a vehicle like this showed remarkable daring for a company that has recently come under criticism for being too conservative and stodgy. Of course, they didn't flood the market with Defiants the way they did with Flaggs. I distinctly remember Flaggs being discounted down to about $70 in the months following Christmas. They were everywhere. I think I only saw maybe three or four Defiants. I think the big toy stores had gotten stuck with Flaggs and were reluctant to take the same type of hit with something like the Defiant. It also explains why Hardtop, and his companion figure, Payload, are so difficult to find today.

Hardtop is the center of some controversy. Some people say that he came with a very unique handgun. Others, pointing to bagged samples they have in their collections, say that he only came with the microphone headpiece that you see attached to this specimen's head. I do, someday, hope to acquire a MIB Hardtop. When I do, perhaps I can help solve this little mystery. Until then, I just showcase mine without a weapon. (On a side note, I have only ever seen one of the guns that is purported to have come with Hardtop. It is a very cool pistol, but is almost never seen. The only one I've spotted was in a mixed lot that had a bunch of Star Wars, Mask, He Man, and other toy line accessories mixed into it. I should have bought it, but didn't know of the gun's scarcity until a couple of weeks later. Oh, well.) Besides, this is a figure that would have been better suited to have come with tools instead of a firearm. I don't think too many people would want to be shooting in close proximity to those huge fuel boosters. One is reminded of the scene in Hunt for Red October when Rameus tells Ryan, "Some things in here don't react well to bullets", when Ryan is after the plant in the nuclear missle room. I think the effect would be the same were a fuel booster to be punctured.

Hardtop is a very cool figure. He is not military, but he is realistic. When I get a Defiant, I will, no doubt, want several Hardtops to make up the ground support staff. He just looks like a guy that would really work on a space shuttle launch pad. That is part of the figure's appeal. While not in the traditional folds of Joedom, this guy is a very realistic figure that is essential for any space exploration missions. Sure, the helmet's a little big, but one small oversight can be overlooked. I've always enjoyed figures that can be used for ground support staff. Any working military unit, especially one as cutting edge as the Joes would have had to have hundreds of support staff who could repair and service their equipment. A Joe airfield just doesn't look right without some support guys fueling and reloading planes. Just like the Flagg needs a couple of dozen Shipwrecks swabbing the deck, the Defiant needs more than one Hardtop. When I was a kid, I always hoped that Hasbro would offer Hardtop and Payload on a card, or as part of a mail in offer. Alas, they never did. I think my dream of a crew of Hardtops working on the Defiant minutes before takeoff will never be a reality. Finding, let alone affording, that many Hardtops would be a too consuming task.

After Hardtop's original appearance, the character remained gone for over 15 years. In 2004, though, most of the mold was resurrected in an interesting orange color scheme as part of the 2004 convention set. Upon that figure's release, the demand for original Hardtops fell considerably. What had been a $100 figure now sells for about 70% of that at best. The convention Hardtop, though, remains one of the more expensive figures from that set. I think this has more to do with the fact that many collectors only want one version of any given character in their collections than it does with Hardtop's popularity. As such, they buy the cheaper Convention figure as a way to fill the Hardtop gap. In time, this will even out a bit, but I do think that we've seen the peak prices for mint, complete V1 Hardtop figures.

Hardtop, along with his companion Payload, is a nightmare to find. Unlike Keep Haul and the AVAC, these two were never offered via any mail in offer. As such, the only way to get them was with the Defiant. That remains the best way to get them today. Neither of the two drivers appear all that often. You can sometimes find the pair, but even that is an oddity. Be prepared, though, to shell out some big bucks when these guys do come up for sale. Many collectors count Hardtop and Payload among their MIA and know of the difficult struggle to find them. When they do appear for sale, the interest, and ultimate selling price, is very high. If you are lucky enough to find a MIB Defiant, that is probably the easiest way to acquire these two figures. Since the Defiant is a rarely seen piece, though, even that poses a challenge. I honestly believe that these two are the least produced non variation Joes. Since interest in the space themed toys, though, is lower than that in the rest of the line, their prices are not indicative of their scarcity. I managed to pick this guy up in my end of 1999 haul that saw me add many new, hard to find pieces to my collection without spending even a fraction of what it would cost me to get them today. I just got lucky. My only lament is that I didn't pick up a couple of more of the items I had a shot at adding to my collection. I am glad, though, that Hardtop was one of the figures I did buy. Now, for Payload.... 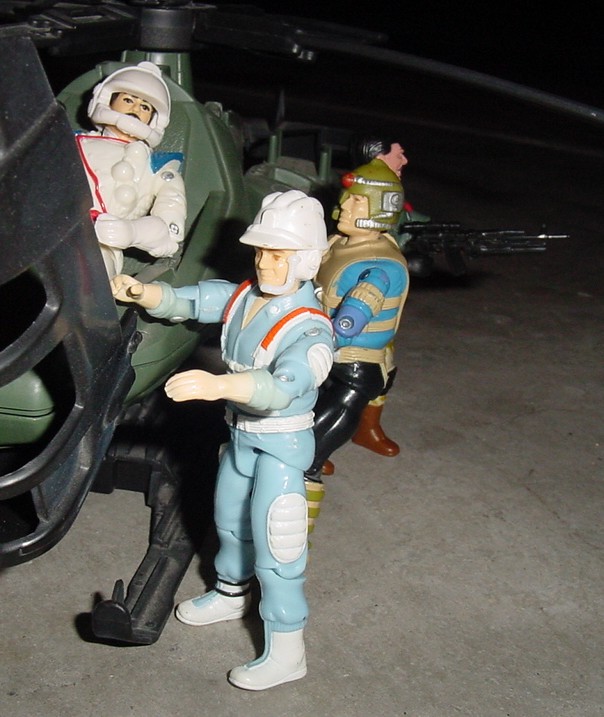 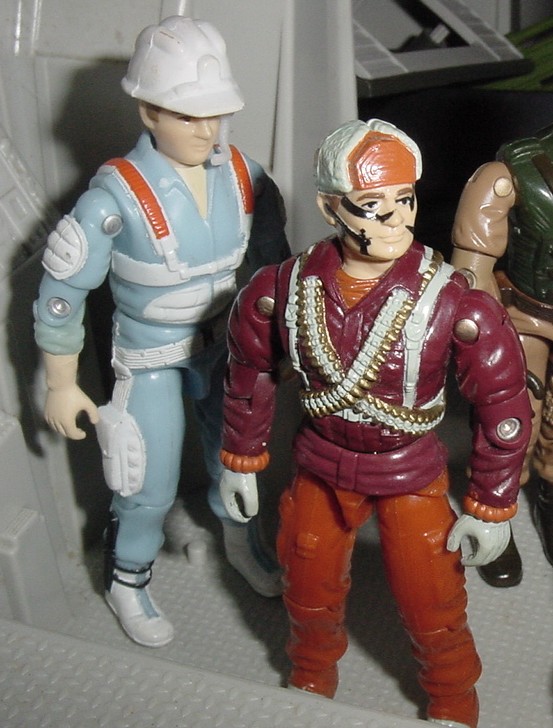