The 1997 Toys R Us exclusive Joe releases were much maligned at the time.  Collectors weren't overly fond of them and the online sentiment against them was great.  By 1998, some of the vitriol had subsided.  The '98 TRU exclusives, though, seemed to have taken some of the criticism from 1997 and used that as a guide in designing the second year of the figures.  The result is that the 1998's are, by and large, much more collector friendly with solid molds, muted, realistic colors, excellent accessories and useful characters.  Of course, the majority of collector time was spend on the Cobra Infantry Team.  But, if you dig deeper into the vehicle drivers from 1998, you find that they are all extremely well done updates to some classic molds.  The pilot of the 1998 Conquest, Ace, is no exception.

My reality in 1998 was that I was buying all the figure three packs that I wanted.  But, I avoided the vehicles.  At the time, I was living in an apartment and space was at a premium.  I wasn't to the point in Joe collecting where I was trying to complete the series.  Mostly, I was building my figure collection with the items that were most available, were most desirable to me and took up the least amount of space.  At the time, vintage Stingers were readily available, the MOBAT sucks and I still had my childhood Conquest.  As such, I passed on the TRU vehicles.

By 2001, I regretted this decision.  I was a completist by then and wanted every figure from the vintage and modern re-release lines.  By that time, figures from 1997 and 1998 had become both scarce and expensive.  But, through trades and good luck, I was able to fill the gaps and acquire all the figures from those years.  Ace was one of the final figures I added to my collection.  He was an afterthought since I was more interested in repaints of the 1992 Ace mold at the time.    But, once I had the figure in my collection, I realized how well done he really was.  The subtle grey and black were a great look for the mold and really gave Ace something that his original figure was missing.

This version of Ace is convention quality.  Hasbro really started skimping on the ARAH style figure paint applications when they took the line to full retail.  But, the TRU figures are detailed to nearly the same level as vintage figures.  Ace has a nice dark grey base that is a stark contrast to the white uniform from the vintage figure.  He is accentuated with black, silver and gold highlights.  These make him look like more of a pilot as the metallic colors better fit the detailed hoses and buckles of the mold.  The most interesting feature, though, is the silver band that runs around the base of Ace's helmet coupler.  It breaks up the huge ring to which the helmet attaches and gives Ace's flight suit substantially more depth.  It now looks like Ace's garb is actually multi-layered rather than one, continuous piece of clothing.  This was how Hasbro should have approached all of their ARAH style re-releases.  Using different colors and paint applications to showcase molds in new and exciting ways.  In the cases where they took this approach, the results are figures on par or even surpassing the vintage releases.

The 1998 TRU 3-figure packs had at least three, distinct production runs: one in late 1998 ahead of the holidays, one in the summer of 1999 as a refresh for all the Star Wars Episode I toys that were starting to back up on the shelves, and a final run right before the holidays in 1999 that were designed to give holiday shoppers more than just Oktober Guard and Seal Team pegwarmers.  I do not, though, know if the vehicles also saw three separate production runs.  For the most part, the vehicles were pegwarmers and sold very slowly.  So, it's possible that there was just the one run.  Based on the scarcity with which the vehicles appear on the secondary market in relation to the figure three packs, I would say that it's unlikely the vehicles saw additional production runs.  This, of course, explains the relative scarcity of all the 1998 vehicle drivers.

The Ace mold has been used just twice: once in 1983 and again in 1998.  The 1983 figure, though, was available as a mail away for years and the mold was likely in production long after the Skystriker was gone from retail shelves.  Ace was not released in any foreign exclusive design, even though his aircraft was.  After 1998, the mold did not appear in any of the ARAH themed fighter jets or aircraft.  Basically, it just fell into obscurity.  It's possible that this mold is available.  But, having 2 top notch repaints of Ace is all I need.

If you have looked for this figure recently, you would be surprised at how frustratingly unavailable he is.  This version of Ace has gotten rather difficult to find.  As such, in 2012, loose, mint and complete with filecard figures sold anywhere between $35 and $70!  The $70 price tag was a bit ridiculous, though, as you could purchase a MIB Conquest for that price plus a little more shipping.  But, it shows that this figure has some popularity.  But, Joe line historians can recall a time not too long ago when 1998 Vypra figures never sold below $60.  Now, they routinely sell for under half that amount.  Like the Vypra, Ace is a figure many collectors missed.  In their zeal to get a sample, one or two people likely overpaid and hysteria set in.  The result is that the figure is currently priced at his zenith and, over the next couple of years, you will see prices fall back to more reasonable levels.  Ace will still be tough to find, just not as expensive.  Personally, I could not justify this type of price tag for this figure.  He is a welcome addition to my collection and my preferred version of the mold.  But, paying even $20 for him would seem like overkill.  But, based on his rarity, this is likely a price that is sustainable and, did I not own the figure, be the target at which I would feel comfortable adding him to my collection. 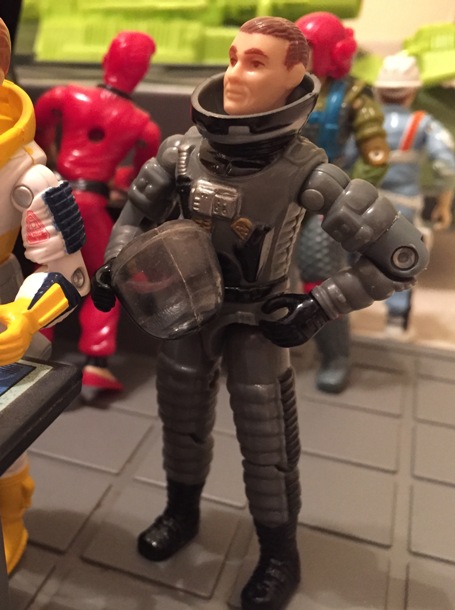 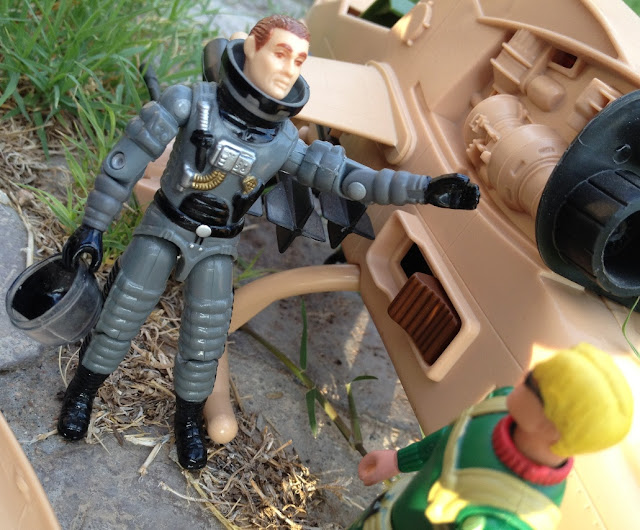 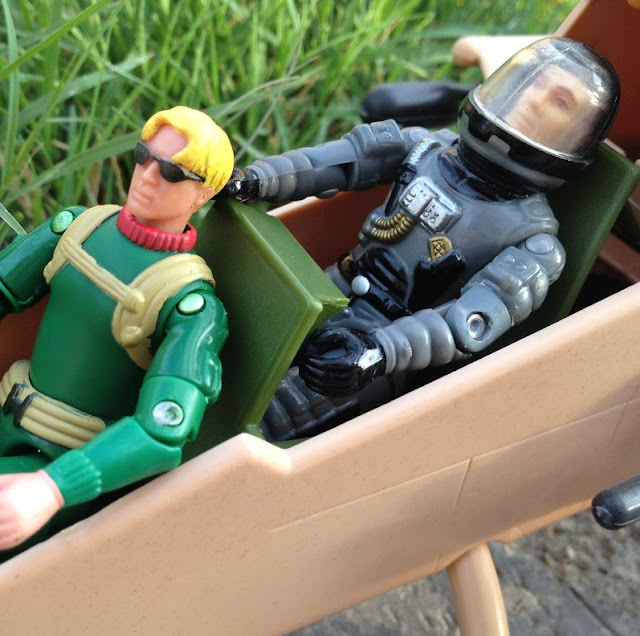 Posted by Robot_Sonic at 9:27 AM
Email ThisBlogThis!Share to TwitterShare to FacebookShare to Pinterest
Labels: 1998, Ace, Retailer Exclusive, Vehicle Drivers