It was only a matter of time before a Star Brigade figure made an appearance on this new site.  I have long been a fan of the Star Brigade sub set and have an appreciation for the line that few other collectors understand.  I suppose it is the fact that my action figure collecting began with Star Wars and that drove a science fiction interest that lasted through the 1st half of my childhood.  Regardless, the notion of astronauts being a part of Joe was not something with which I had an issue.  It was a natural extension.  Plus, most of the figures could be adopted for other uses.  Such is the case with TARGAT.  The mold really lends itself to a top flight Cobra pilot.  The helmeted head and flight suit are perfectly suited for many of Cobra's experimental aircraft.  It's the colors, though, that made the figure tougher to use.

In the spring of 1995, I was home for Spring Break.  At the time, I was flat broke.  I, literally, rolled up pennies from my change jar to muster up enough cash to have a decent week with my friends.  (Had to save up for the Pantera show that week!)  At the end of the week, I decided to go on a toy run.  There was a toy liquidator on the West Side of Indianapolis at the time, so I went there in search of Joes.  To my astonishment, they actually had some figures that were new to me.  Hanging on the pegs were the 4 Star Brigade Joe figures for the resounding price of $2.00 each.  (The Cobras were long sold out.)  I had not seen these figures in any stores previously, so I scraped up $8.00 and change and added Roadblock, Payload, Countdown and Ozone to my collection.  When I opened the figures, I was amazed at the molds.  At the time, I did not have any of the original figures from which the Star Brigade members were derived.  So, they were new to me.  Immediately, they joined my collection as pilots and rescue crew.  They filled a great gap on the Joe side.  But, the Cobras were left wanting new pilots.

In 1995 and 1996, finding any Cobra figure was pretty difficult.  There were very few of them left at retail who were not named characters.  (The Joe pickings were pretty slim, as well, though.)  As such, despite my search for the Astro Viper and TARGAT, I never found them at any of the out of the way discount stores who stocked Star Brigade figures during those years.  Occasionally, I'd run across carded samples at flea markets.  But, usually, for higher prices than I was willing to pay.  In the late '90's, though, the advent of Ebay made the acquisition of these figures very easy.  In a short time, I managed to secure several lots of carded Star Brigade Cobras for around the $2 price point with which I was comfortable.  Most of these contained the Cobras and I soon had a nice cadre of carded Star Brigade Cobras.  And, having paid so little for them, those carded armies quickly became loose armies to man my Cobra aircraft.

I was out of Joe collecting by 1989.  As such, I never owned the original TARGAT figure.  The 1993 version was the first time the mold appeared in my collection.  Really, I was not impressed.  The mold was good enough, but the purple, gold and orange were an odd mix that wasn't great.  When I finally acquired a 1989 version, I realized that the earlier version also suffers from less than great colors.  The black base is good enough, but the accessorizing colors really don't make for a memorable figure.  I wanted to make this figure my default Cobra pilot.  But, the colors simply couldn't work.  They don't look all that great and they don't mesh with Cobra vehicles.  So, you're left with a mold with potential that is largely unfullfilled.

I quickly realized that the copper, orange and purple just didn't work out all that well.  As such, despite my zeal in opening a few of these TARGATs, I found that they had little place in my collection.  The '90's Cobras really went away from the classic Cobra colors.  Purple was one of the colors du jour for Cobras of this era.  But, Hasbro experimented with many different colors for Cobras.  Even the figures with solid bases, like the Crimson Guard Commander, were saddled with neon highlights that left the figure as less than perfect.  So, the TARGATs quickly became forgotten members of my collection.  Today, I'm glad I have a couple.  But, they will never play an important role in my collection.

All of the 1993 Star Brigade Joes were repainted and released in 1994.  This was not the case, though, for the Cobras.  Instead of getting what could have been a high quality repaint of the TARGAT in 1994, Hasbro opted for newly molded Cobras.  Considering the quality of those figures, you can't fault the decision.  But, it is an odd instance where just the 2 Cobras did not see repaints the following year.

The TARGAT mold was used in the US in 1989 and 1993.  The body was also used as the basis for the Create a Cobra mail away figure.  After that, the mold was sent to India where Funskool got great use out of it.  The head first appeared on a new version of the Street Hawk figure in the late 1990's.  Around 1999 or 2000, Funskool then produced their own version of the TARGAT.  Their version was heavily based on the 1993 figure's coloring.  At the same time, they altered the Street Hawk figure to feature more of the TARGAT mold in solid black with silver coloring.  These figures were produced until 2003 when the mold was returned to Hasbro.  While the TARGAT figure never appeared again, the body was used in 2006 for the COIL Trooper convention figure.  The mold died after that and has not been seen since.  But, there are a nice variety of figures out there who use the mold so collectors have likely seen as much of it as they wish at this point.

1993 TARGATs are cheap.  While the 1994 Star Brigade figures are starting to become scarce and getting more and more pricey, the 1993's remain cheap and plentiful.  The generic, pink card art really detracts from the collectibility of the sub set.  Plus, the reality is that this year of Star Brigade was likely overproduced and was, ultimately, dumped to many discount retailers and toy wholesalers.  So, huge quantities of cheap figures were available to the collector market in the 1995-1998 time frame.  This has lead to insanely cheap prices today.  You can get carded TARGAT figures for under $10 shipped.  At that price, it's worth getting one.  If you can find a Funskool version for a similar price, that figure is also a worthwhile pick up.  But, as an army builder, this figure just doesn't make sense. 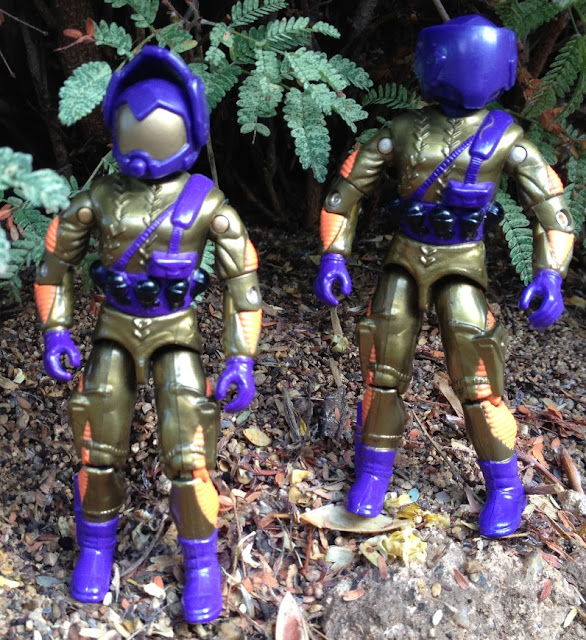 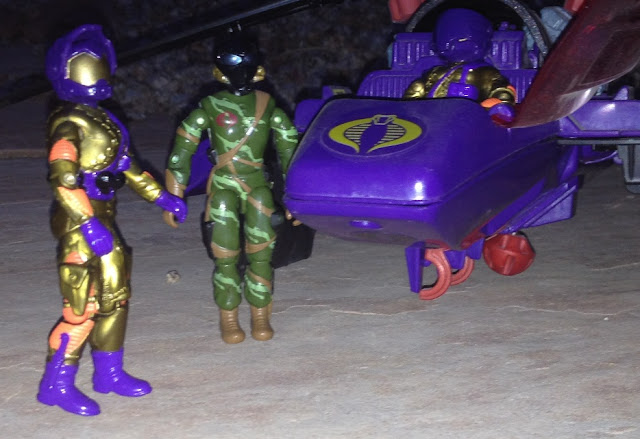 Posted by Robot_Sonic at 9:26 AM
Email ThisBlogThis!Share to TwitterShare to FacebookShare to Pinterest
Labels: 1993, Star Brigade, TARGAT