It is a given that Hasbro squandered many opportunities in the repaint era to create a series of figures that would have filled every gap in the line that collectors could really have wanted. Knowing this, though, doesn't ease the sting of so many wasted figure releases between 2001 and 2006. Fortunately, entrepreneurs figured out ways to bring some of the missing figures to the collector market. The economies of these ventures have limited the offerings to mostly army builders and all figures that lend themselves to multiple repaints. But, many of the figures created for the collector market are excellent ways to grow a collection and fill obvious needs.  Among these is the bootleg Cobra Desert Trooper.

Living in the desert, tan themed figures have greater value to me than many other collectors who are not smack dab in the middle of Arizona.  When I first had a chance to get basic tan Cobra Troopers, I gobbled up a nice platoon of them.  These early figures were part of a special run.  A few months later, though, the Black Major started offering additional desert themed figures.  The best one was a desert cammo figure that features various shades of brown.  They are tan, brown and a third color that is a brownish green.  The mix of these colors creates an exceptionally complex army building figure that leads my desert Cobra forces.

You can see the two types of bootleg desert figures below.  (There are some additional types that I don't have, as well.)  The straight tan figures feature an exclusive Cobra logo with an added scorpion's tail and pincers.  It's a nice little touch that helps differentiate these figures from the troopers who are not environmentally themed.  But, the cammo figure is the real subject of this profile.  The blend of desert colors combined with the complexity of the cammo pattern create an excellent version of the Cobra Trooper who appears more modern than the single colored figures with whom he is posed.  The same cammo pattern was used to great effect on the woodlands and urban Cobra Trooper customs, too.  But, it is the subtle green on this figure that really makes him stand out to me.  There is a lot of green in the desert.  It just isn't the lush greens of the forest.  So, the lighter hue on this figure allows him to blend even more naturally into the environment.  It is the small detail that makes this figure more valuable to me than his specialty would indicate.

It's no secret that the Cobra Trooper mold is one of my favorites in the vintage line. The design is a perfect villain without being over the top or so technologically advanced that there would be no way for Cobra to afford to outfit large battalions of men. It is simple fatigues covered with some various weapons and militaristic gear. The simple scarf covering the face and the gloves give the character the anonymity required for a domestic terrorist while still conveying the sense of evil that Cobra would want to engender. The scarf hearkens back to the bandits of the old west while the uniform recalls many element of the Nazis. The end result is that if you ran into a Cobra Trooper of any uniform color, you would instantly know they are a bad guy.  It is this simplicity that makes the figure so enduring.  There is little to date it and the figure conjures the same emotions now as it did over 30 years ago when it debuted.

I still feel my Cobra armies are devised of the basic, blue Cobra soliders and Vipers.  It is that color, with the Crimson Guard elite, that means Cobra to me.  But, fighting in certain settings in the basic blue is simply not practical.  So, having some different colors of the basic troops makes sense.  This figure isn't the specialist that the Desert Scorpion is in desert warfare.  But, he is a basic troop who allows Cobra to partake in missions all over the world without having to expend their full supply of specialty Vipers.  Many of the classic Joes had repaints in other colors that were more environmentally specific.  It just follows logic that Cobra would do the same.

The custom figures feature reproductions of the original Cobra Trooper sniper rifle as well as the full recreation of the figure mold.  The Hasbro released figures based on the Trooper and Officer molds were missing the original arms from the classic figures.  The bootlegs are straight up reproductions with all the original details.  The quality, though, is not the same.  You can feel a difference in the plastic quality.  Many of the joints are looser than high quality vintage Hasbro figures.  (The joints also regressed over time.  Figures made early on had tighter joints and better fitting O-Rings.  Later figures had issues with these items and can be more difficult to pose or stand.)  The main difference, though, is that the bootleg figures are slightly smaller than vintage Joes.  Not enough that the naked eye will betray them.  But, vintage backpacks will not fit into the figure's backs.  Nor will their footpegs fit onto vintage figure stands.  It's a small difference, but something that can be frustrating if you wanted to outfit the desert troops with tan accessories from the first accessory pack.

Currently, there are bootlegs of Cobra Troopers, Snake Eyes (used for Cobra Mortal or Cobra De Aco figures), Grand Slam (Also used for said De Aco), Crimson Guards, BATs and Gas Mask Troopers.  Each of these molds have been done in multitudes of colors.  For the completist, there are likely nearly 50 different Cobra Trooper variants alone.  Some of these figures are tremendous.  Others are outright lame.  I've found that the Crimson Cobra Troopers, the Desert figures and colors based on the Stinger Driver are the most useful and the ones that have found the best home in my collection.  But, other collectors have their own favorites.  It was nice for collectors to have access to a variety of army builders for decent prices.

When the bootleg customs Troopers first showed up, it was easy to get them for under $10 each. In time, though, the supply dried up and collectors were forced to aftermarket sellers to acquire the figures. As such, these days, most of the custom Cobra colored Troopers sell in the $15-$20 range with a few of the more obscure and desirable repaints going into the $30 range. At $8, this figure is a great army builder. At $12, the figure is a great example of bootleg work. At $20, the figure starts to be overpriced for something that could, theoretically, be reproduced at any time. Beyond that, a collector would really have to want a figure to justify higher prices. For me, having these figures available is a great way to expand the Cobra army without having to mix later figures with Joes from 1984 and earlier. It keeps my collection more in line with what I wanted as a kid and helps diversify it from many other collections that are out there. I was fortunate to be around when these figures were cheap and plentiful. Were I to come along today, I doubt I would have more than one of any specific color and would likely not even bother with many of the best repaints due to the price point. 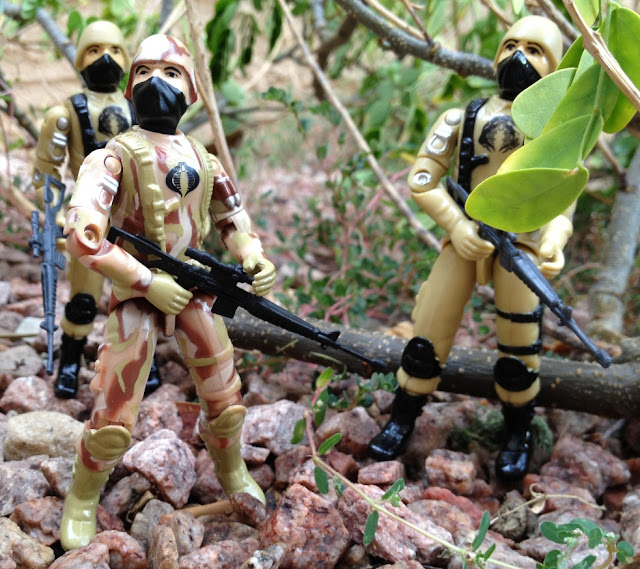 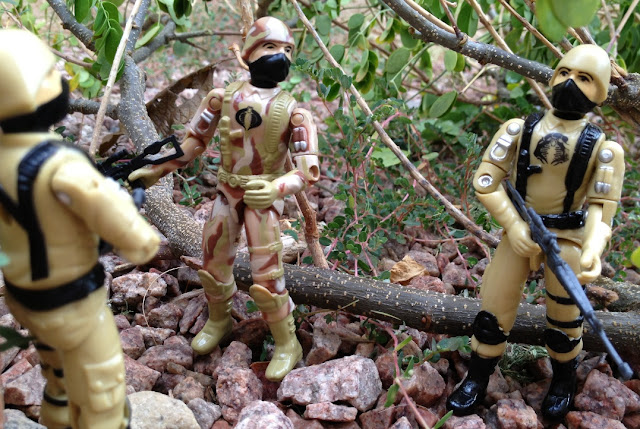 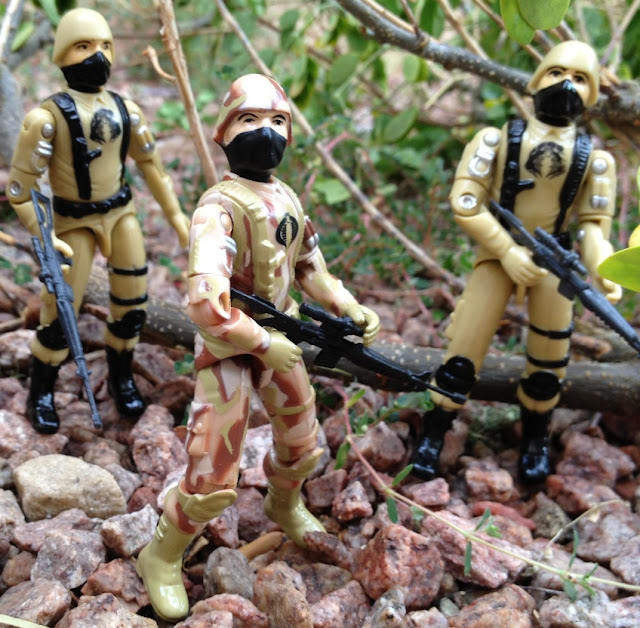 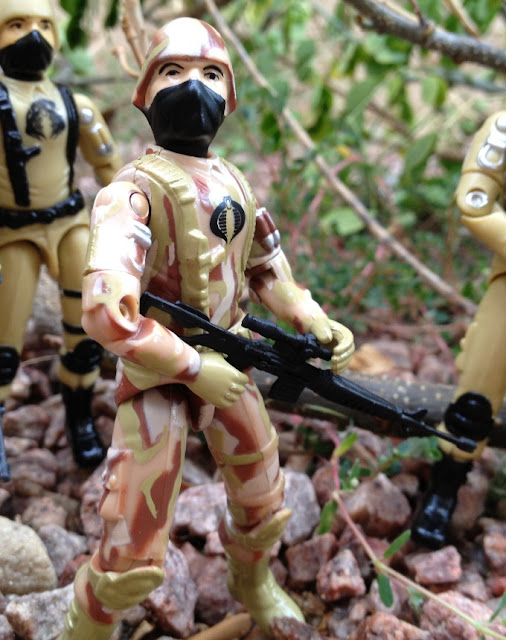