Everyone is familiar with the European exclusive Action Force G.I. Joe repaints, the 6 European Tiger Force exclusive figures and even the more obscure European variants of Mutt and Spirit.  But, there were actually many more European exclusive figures.  Some are just minor color differences.  Some are date stamp discrepancies.  And, some are exclusive accessory variants.  It is the last category that is the focus of today's profile.  In the 1990's in Europe, Hasbro released 15 figures who featured exclusive accessories.  They are defined by the fact that the most identifiable characteristic is that most included spring loaded, firing weapons.  But, these are a lot of interesting tidbits hidden within these figures that we'll look at below.

The 15 figures are all 1990 and 1991 figure molds.  It should be noted that most, if not all of these figures were also released in Europe with their American accessories.  But, these altered releases were exclusive to the continent.  I'll start with my favorite of the bunch, the Rock Viper.

As you can see in the photo above, the Rock Viper now includes gear from the 1991 Snake Eyes figure.  The backpack is in an exclusive dark maroon color.  But, the thing that I really like is the neon green gun and missile.  The green is a nice color offset for the Rock Viper and I don't mind neon accessories in some cases.  But, this colored missile and gun are exclusive to this European version of the Rock Viper.

Next up is the Night Creeper you see below. 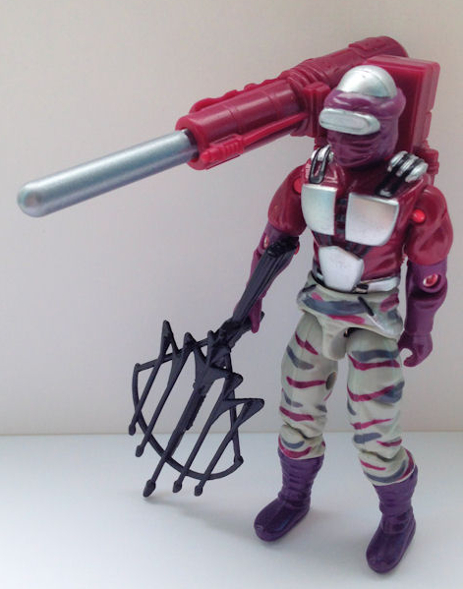 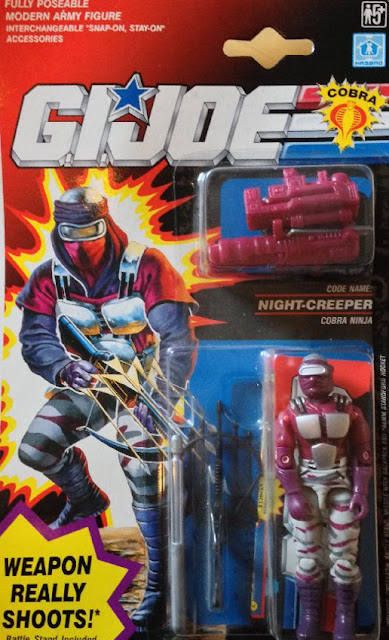 Next up is Ambush. 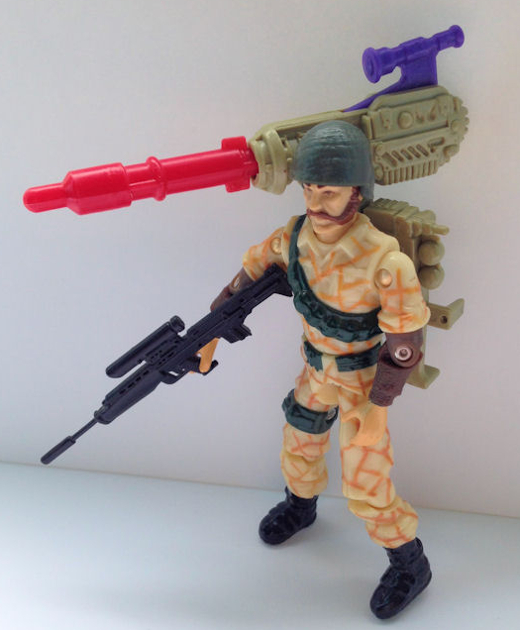 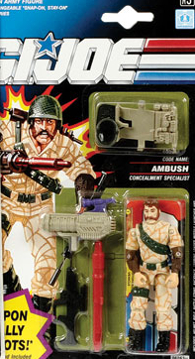 The obvious difference in Ambush is his accessories.  He now includes the backpack and missile launcher from the 1991 Snow Serpent in an exclusive light tan color.  He also have the Snow Serpent missile in red.  But, if you look closely, the figure itself is different.  Instead of dark brown cammo on his body, this Ambush features a brighter, lighter brown that has an orange-ish hue.  It is definitely a variant to Ambush.  Though, I'm not 100% certain that this cammo variance was exclusive to Europe or was also available elsewhere.  This European figure also features exclusive card artwork.

The 1991 jet pack General Hawk stands out because he does not include a spring loaded weapon. 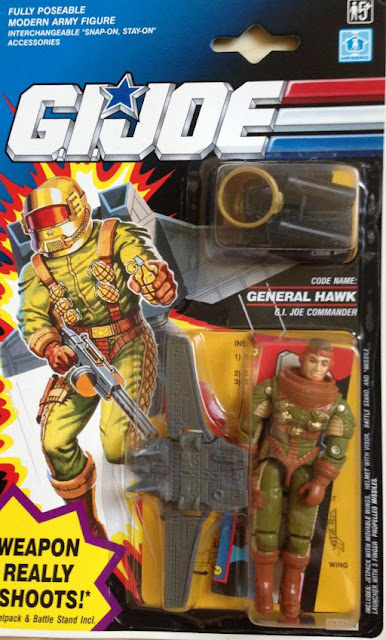 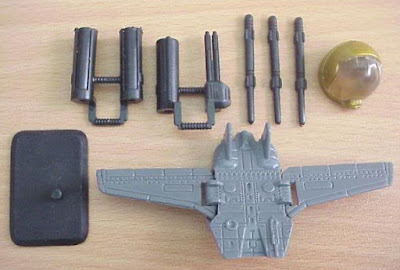 As you see above, Hawk includes the launchers and missiles from the 1991 Crimson Guard Immortal figure.  They appear to be in the same color as the CGI weapons.

Next, we have Bullhorn. 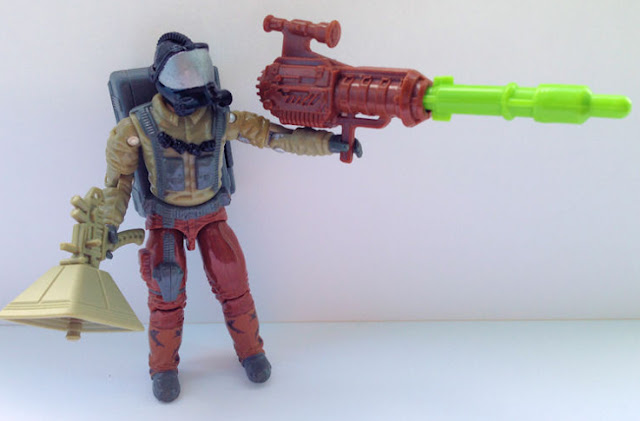 Bullhorn is still the same great figure.  But, this version includes the 1991 Snow Serpent missile launcher in an exclusive maroon color.  He also has a neon green missile.

The most famous figure from this crop of missile launching figures is the 1991 Dusty.  This is because Dusty was also released in Asia with the same accessory configuration.  (There were some other figures in this series that also saw Asian releases with the alternate gear including Range Viper, Laser Viper and Desert Scorpion.) 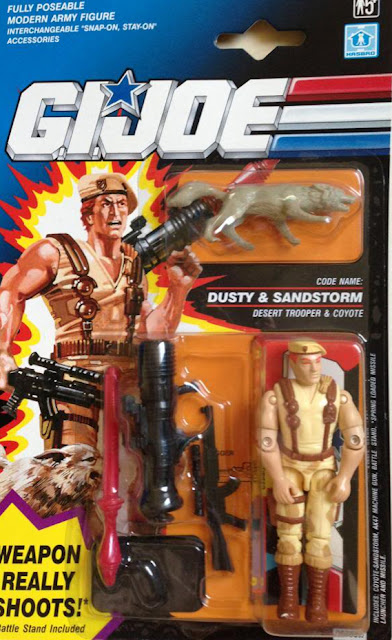 The 1991 Low Light follows the Dusty. 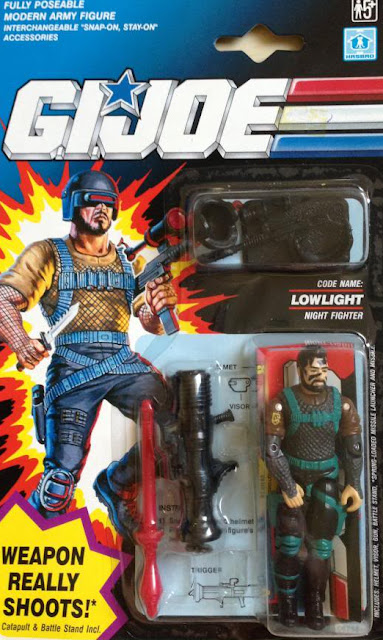 Up next is the Laser Viper. 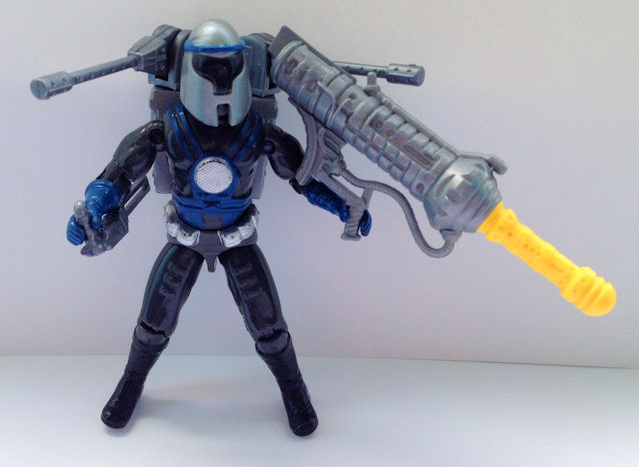 This Laser Viper variant includes the missile launcher and missile from the 1991 Sci Fi figure. 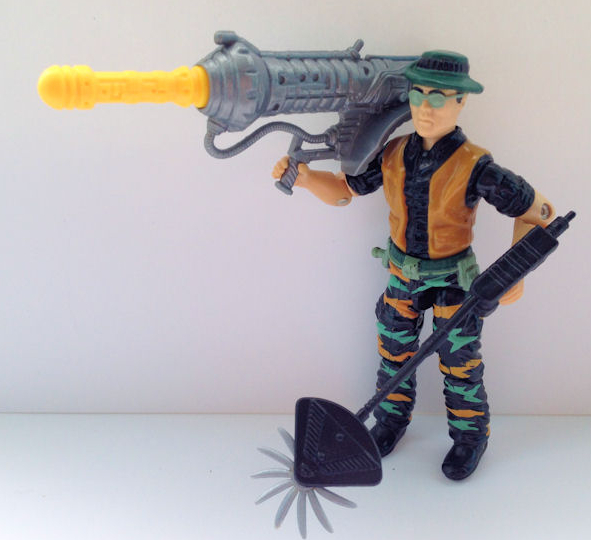 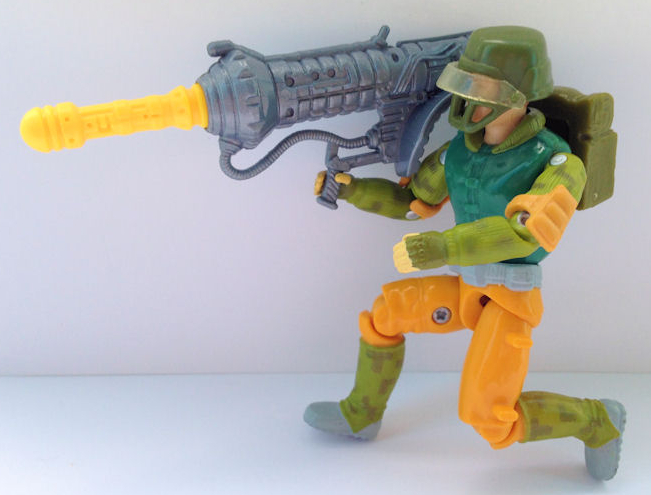 Metal Head brings us back to exclusive gear. 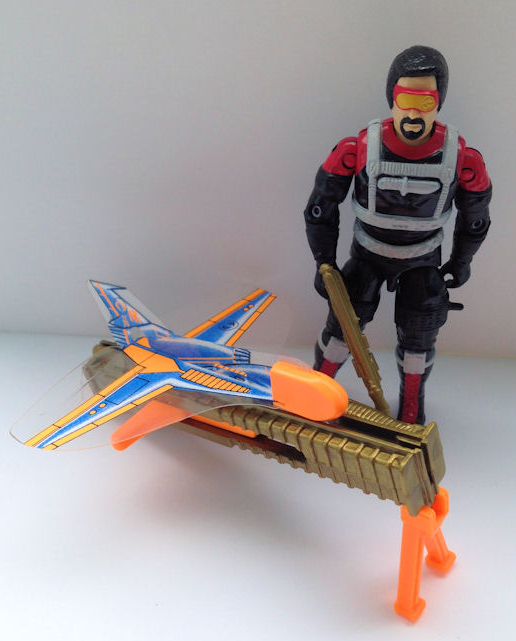 The final four figures are all Cobra army builders. 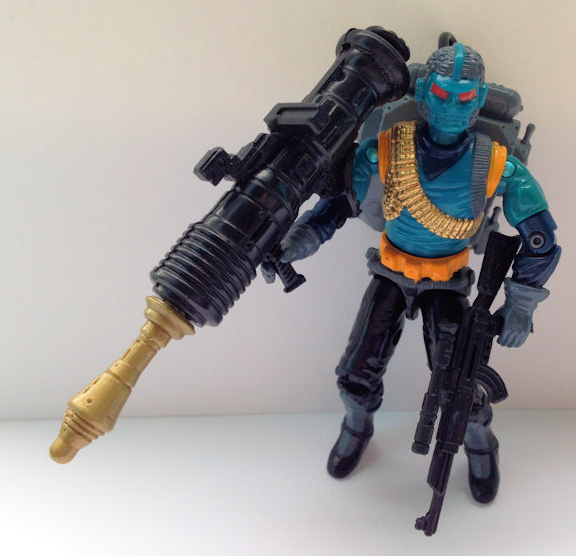 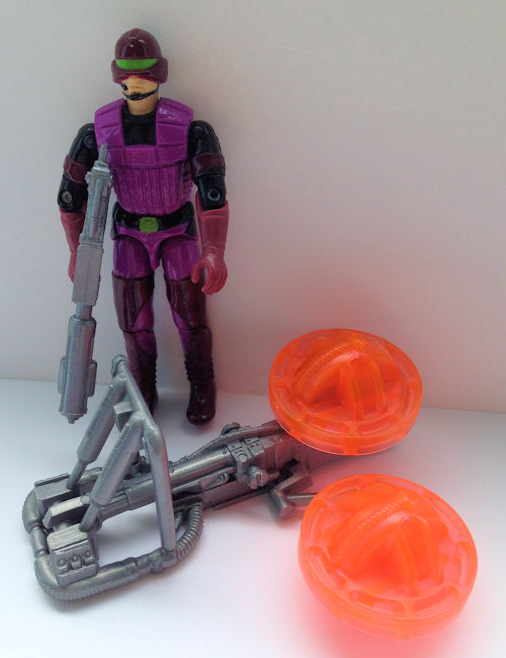 The SAW Viper includes the gear from the 1991 Incinerator figure.  He also features exclusive card artwork that showcases his different accessories. 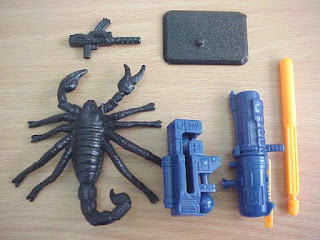 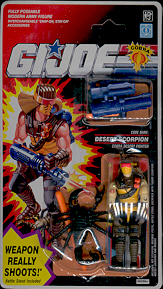 The Desert Scorpion includes the backpack and missile from the 1991 Mercer figure.  The only exclusive part of the figure is the card artwork that shows an oddball configuration for the new gear. 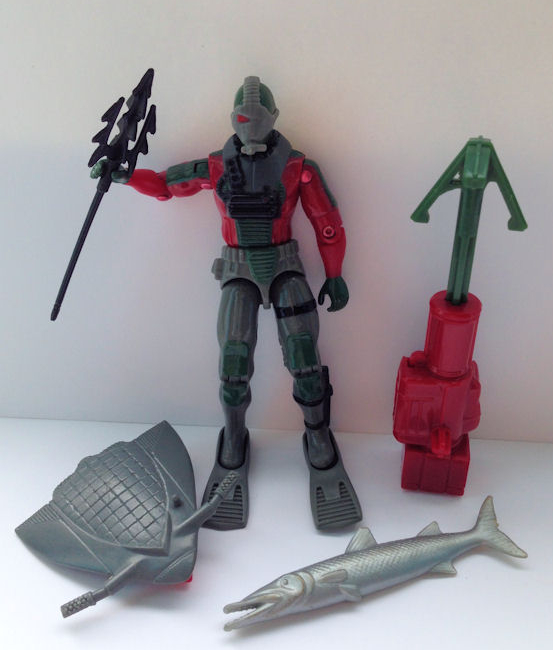 The Undertow figure also uses the gear from the 1991 Snake Eyes figure.  But, it's in an exclusive red color meant to mimic the Undertow's colors.  He also features an exclusive grey missile.

As accessory variants don't tend to command great attention as opposed to figure variants, these European figures remain very obscure.  But, they are generally hard to find and carded figures can command a premium in the right setting.  I'd love to track down a few of them as the offbeat colors are right up my collecting alley.  But, the general rarity of them makes them another fun subset in foreign Joe collecting.  One final picture is from a European catalog that showcases several of the figures in their alternate accessory configurations.